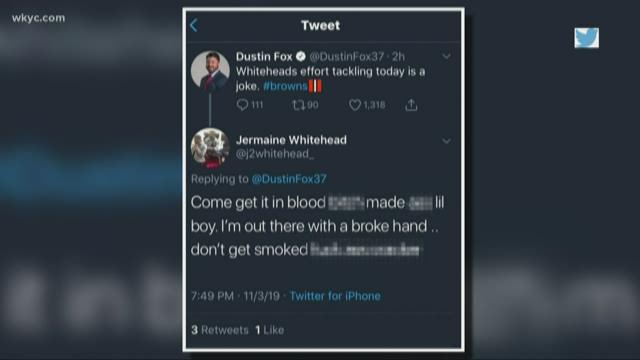 BEREA, Ohio — The Cleveland Browns have waived safety Jermaine Whitehead just hours after his name became the center of controversy for a series of threatening social media remarks following Cleveland's 24-19 loss to Denver.

The Browns announced the move just before 9 a.m. Monday.

What fans didn’t realize watching Sunday’s Browns game, is that Whitehead was struggling on the field because he was injured.

92.3 The Fan afternoon radio host Dustin Fox didn’t know Whitehead was injured and tweeted that his tackling was "a joke."

*Warning: The language used in the following tweets may be offensive:

The threats carried over to Whitehead's Instagram account, where he posted a photo of himself arriving in Denver prior to Sunday's game. Whitehead turned to the comments and direct messages on his Instagram page to continue challenging fans to fight him. 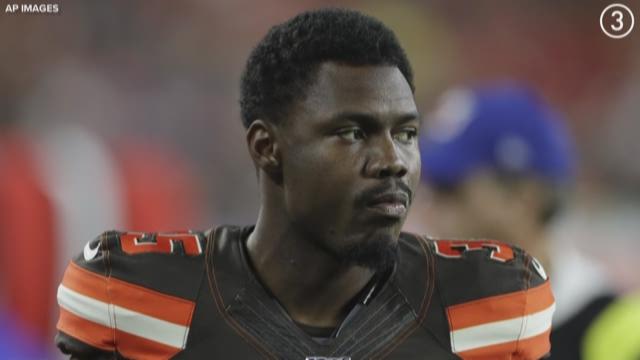 "Jermaine Whitehead's social media posts following today's game were totally unacceptable and highly inappropriate. We immediately spoke with Jermaine upon learning of these comments. The Browns in no way condone that type of language or behavior. This matter will be further addressed internally."

When pressed about the incident during his Monday press conference, Browns head coach Freddie Kitchens referred to the statement.

RELATED: Fans react to the Cleveland Browns' release of safety Jermaine Whitehead after racist, violent tweets are posted from his account

The Browns fell to 2-6 at the season's halfway point, but will soon see a new offensive weapon as running back Kareem Hunt is eligible to return from suspension Sunday against the Buffalo Bills.