When the Cleveland Browns win their first game this season, free beer will be readily available to celebrate with thanks to Bud Light. 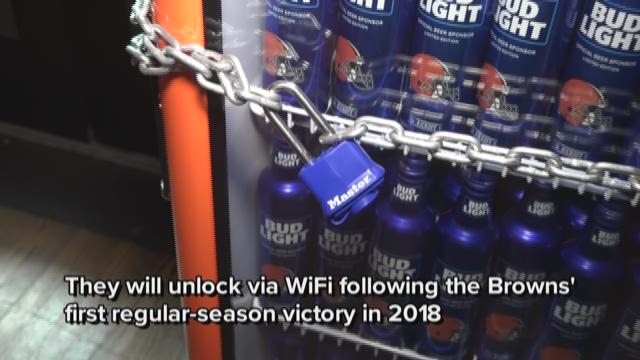 CLEVELAND -- When the Cleveland Browns win their first game this season, it figures to be a momentous day. After all, it's now been 598 days and counting -- and 17 straight losses -- since the Browns' last victory.

Cleveland's impending celebration, however, just got a little bit sweeter. According to ESPN's Darren Rovell, Bud Light is installing 'Victory Fridges' throughout the Cleveland area, which will unlock via WiFi following the Browns' first regular-season win in 2018. 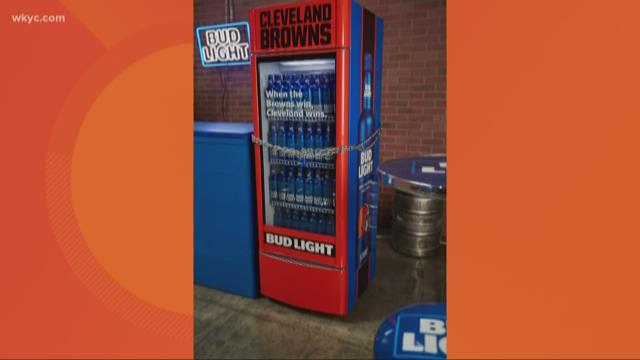 Once the fridges unlock, free beer will available to fans at each establishment. Each fridge holds about 200 aluminum 16-ounce bottles of Bud Light, an official sponsor of the NFL and the Browns.

JUST IN: Starting today, @budlight is installing “Victory Fridges” that will be full of beer in 10 Cleveland bars. When the Browns win first regular season game, fridges unlock and beer inside is free to fans. pic.twitter.com/DkRWkVkLkx

The fridges are expected to begin being installed on Tuesday morning, with the Barley House on W. 6th being a known location where one will be present. Currently in the midst of the preseason, the Browns will open the regular season on Sept. 9 when they host the Pittsburgh Steelers at 1 p.m.