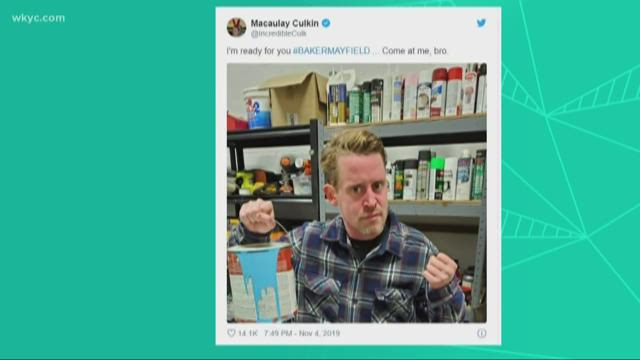 When somebody compared Mayfield’s look to the “Wet Bandits” from the hit holiday movie, Culkin took to Twitter with a photo of himself holding a paint can like he used to take down the criminals.

“I’m ready for you #BAKERMAYFIELD …. Come at me, bro," he tweeted Monday night.

Well, Culkin took it one step further with a swipe at the city of Cleveland as a whole with a follow-up tweet.

"Actually... He doesn't look like the wet bandits. #BakerMayFieldLooksLike a dude who's been living in Cleveland for the past two years," Culkin later tweeted.

"Did you see his picture?!?! Huh, Macaulay?" Chudowsky laughed. "You don’t look like the little boy in Home Alone anymore, buddy!"