Darrisaw was named second-team All-American and first-team All-ACC by the Associated Press. 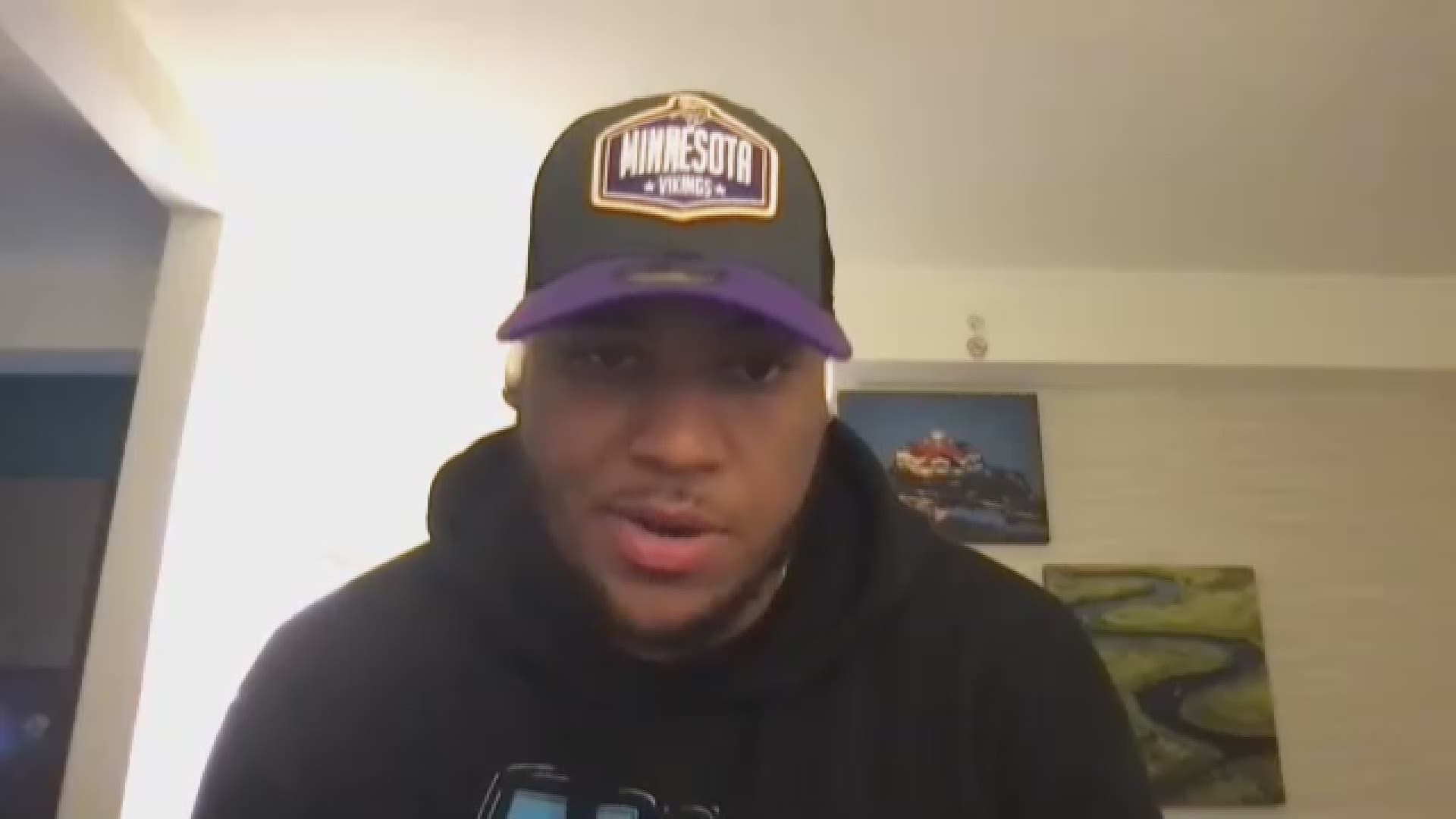 EAGAN, Minn. — The NFL Draft always garners plenty of interest, but this year, Minnesotans might be watching a little closer.

The Minnesota Vikings selected Virginia Tech offensive tackle Christian Darrisaw with the No. 23 overall pick after trading out of the No. 14 spot. The Vikings traded their pick to the New York Jets and got New York's first-round pick and two additional-third round picks in return.

We'll have live local updates throughout the first round.

The Green Bay Packers selected Georgia cornerback Eric Stokes with the No. 29 overall pick, but it wasn't the biggest news out of Wisconsin. Quarterback Aaron Rodgers has reportedly become unhappy with the Packers organization and is looking to leave.

Minnesota Gophers receiver Rashod Bateman was selected No. 27 overall by the Baltimore Ravens. Bateman was the fifth wide receiver taken in the first round.

The Minnesota Vikings selected offensive lineman Christian Darrisaw out of Virginia Tech with the No. 23 overall pick. Darrisaw was one of the top tackles in the country as a junior with the Hokies. He was named second-team All-American and first-team All-ACC by the Associated Press.

"No matter what situation I'm put in, I feel like I'm always going to come out on top," said Darrisaw after being selected No. 23 overall by the Vikings. "I've always been the underdog and there's always been questions about me, but I know in my heart, the belief that I've got in myself and the confidence, I feel like I'm able to accomplish anything if I put my mind to it."

The Vikings traded out of the No. 14 overall pick with the New York Jets and received the No. 23 overall selection as well as two additional third-round picks. Minnesota also sent a fourth-round pick to the Jets in the trade.

"We had several guys there that we liked. Obviously, Darrisaw was a guy that we did a lot of homework on," said Vikings coach Mike Zimmer in a press conference. "Our coaches did a good job. Rick (Spielman), the scouts, the coaches all did a really nice job of evaluating him, and also the other guys we had up there. Once it got to like, maybe, 21 and we knew we had like three guys there that we liked that we knew we were in good shape."

The Minnesota Vikings traded the No. 14 pick to the New York Jets, who selected USC offensive lineman Alijah Vera-Tucker. The Vikings now have the 23rd overall pick as well as two additional third-round picks.

At No. 13, the Los Angeles Charges selected Northwestern's Rashawn Slater, the second offensive lineman selected so far in this year's draft. The Vikings are now on the clock still with some top offensive lineman available. Edge rusher Kwity Paye out of Michigan is also available if the Vikings decide to go defense.

The Chicago Bears have traded up in the NFL Draft...again. They take Justin Fields with the No 11 pick. And this seems like a very solid position for Chicago as the Ohio State quarterback was one of the top ranked at his position in the draft. 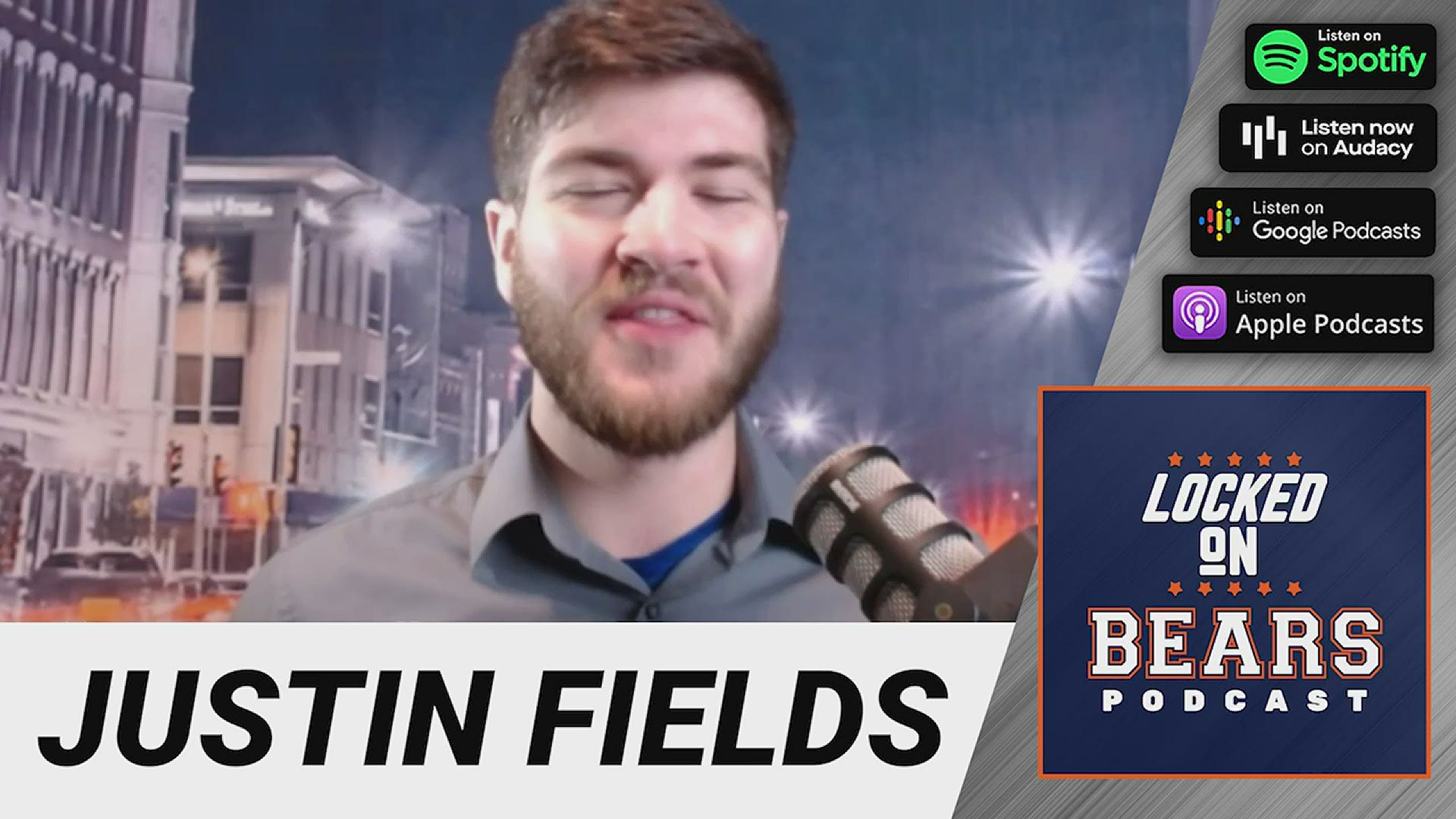 Oregon offensive tackle Penei Sewell was selected No. 7 overall by the Detroit Lions. Sewell was the top offensive lineman taken off the board, leaving fewer options for the Vikings if they decide to go that route. Northwestern's Rashawn Slater, Virginia Tech's Christian Darrisaw and USC's Alijah Vera-Tucker are still available. 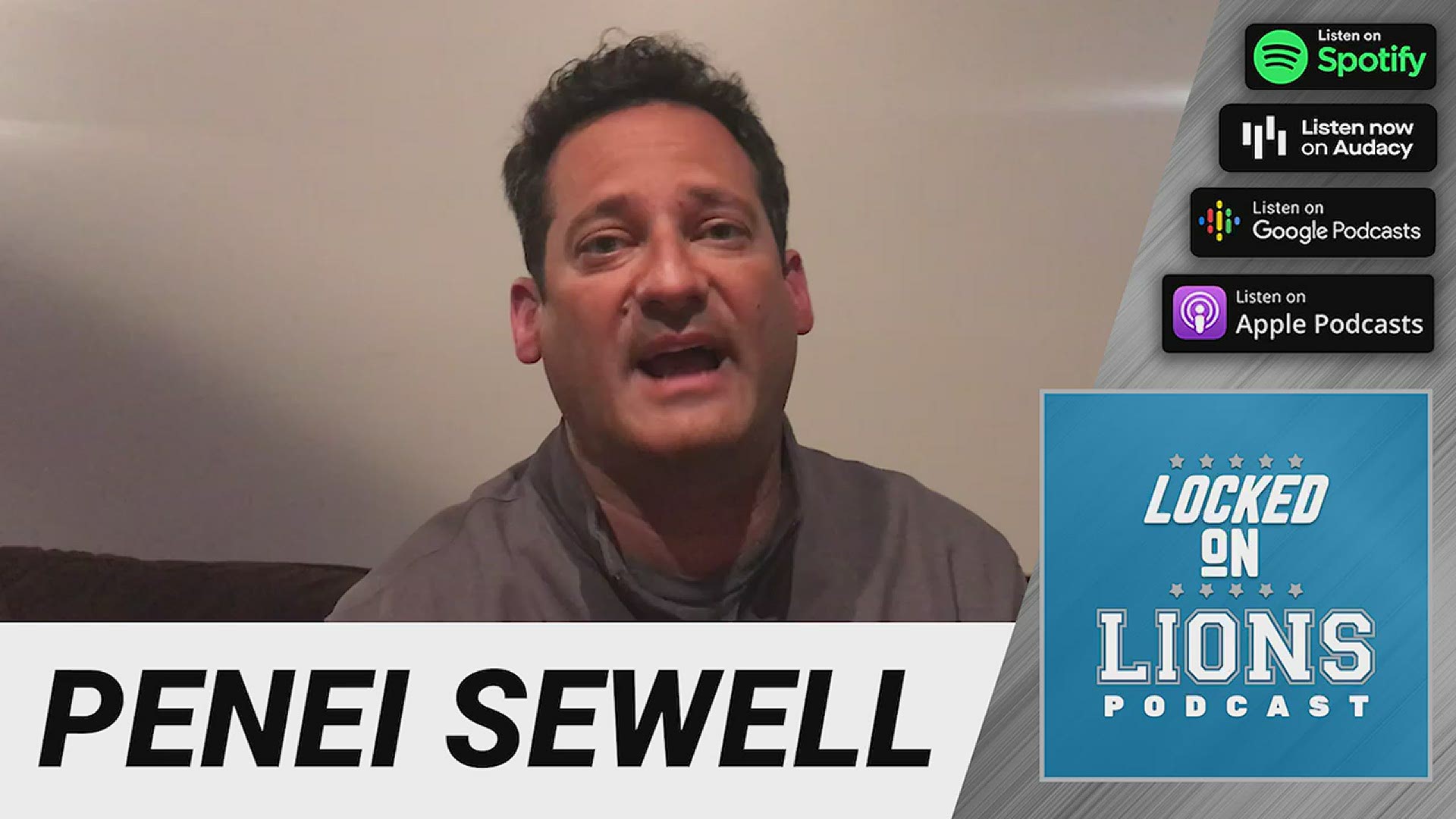 From Marshall, Minnesota to North Dakota State and now to the San Francisco 49ers. Trey Lance was selected No. 3 overall by the 49ers, despite only playing one full season with the Bison.

In that one season in 2019, Lance completed nearly 67% of his passes for 2,786 yards and throwing for 28 touchdowns and no interceptions. His athleticism also allowed him to rush for another 1,100 yards and 14 TDs. 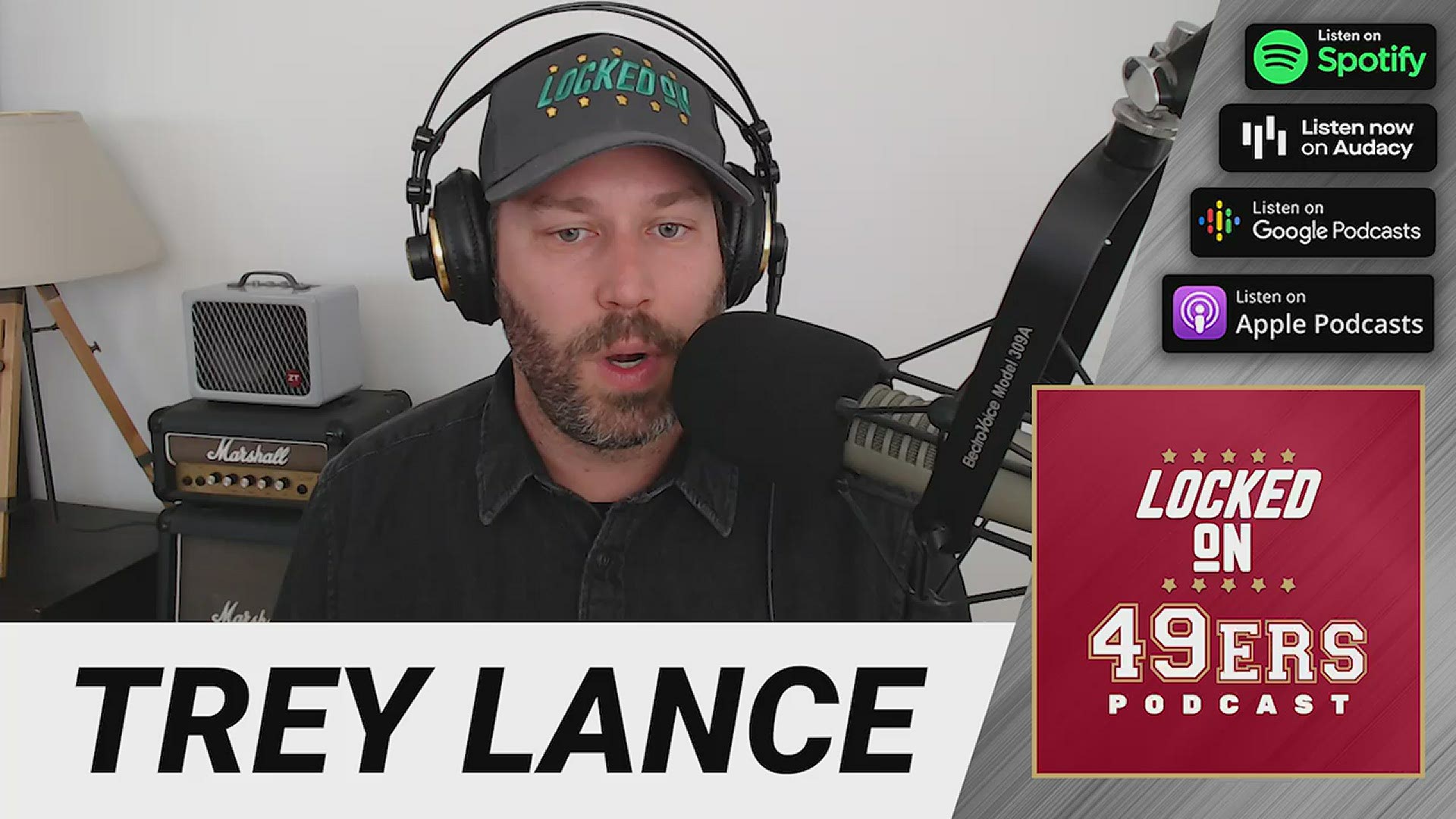 Trey Lance walks the red carpet in Cleveland, Ohio ahead of the NFL Draft. The Marshall, Minnesota native is joined by his dad and brother. Lance is expected to be one of the top 5 quarterbacks selected tonight.

Former Marshall High School standout Trey Lance is highly regarded as one of the top quarterbacks in this year's draft. Despite playing only one full season with the North Dakota State Bison, Lance got the attention of plenty of NFL scouts by completing nearly 67% of his passes for 2,786 yards and throwing for 28 touchdowns and no interceptions. His athleticism also allowed him to rush for another 1,100 yards and 14 TDs.

His lone full season with the Bison came in 2019. Last year, Lance played in just one game before NDSU announced it wouldn't be completing the season in the fall, instead moving to spring of 2021. With Lance's aspirations of entering the NFL Draft, his declaration made him ineligible to play in the spring.

Now, Lance's next snap will be taken in the NFL.

The Vikings won't likely have a chance to select the Minnesota native, as Lance is expected to be one of the top quarterbacks taken off the board, but there's plenty of intrigue surrounding the purple.

With holes on both the offensive and defensive lines, there are plenty of avenues the Vikings could take. Some of the top offensive tackles are Penei Sewell out of Oregon and Rashawn Slater out of Northwestern. If either are available at No. 14 — or if Minnesota trades up — it would hard to pass on either of those two talents.

Edge rusher Kwity Paye out of Michigan is also a name that's been thrown around should the Vikings choose to pick defense, as well as Miami's Jaelan Phillips, but with Vikings without a second-round pick this year — following a trade last season for Yannick Ngakoue — there's always the potential Vikings GM Rick Spielman trades out of the No. 14 pick to acquire more picks.

LOCKED ON MOCK DRAFT: Who will your team pick?

Another Minnesota native to keep an eye on in Thursday's first round is former Becker High School standout Dillon Radunz. Radunz also played at NDSU on the offensive line, and has been rumored to possibly be selected in the first round.

Another name Minnesotans may recognize in the first round is Rashod Bateman, who was a star receiver for the Minnesota Gophers. Bateman is considered one of the top 5 receivers in this year's draft, and could certainly hear his name called in Day 1.

Every year, the NFL Draft offers up a few surprises, and only time will tell what those surprises will be this year. 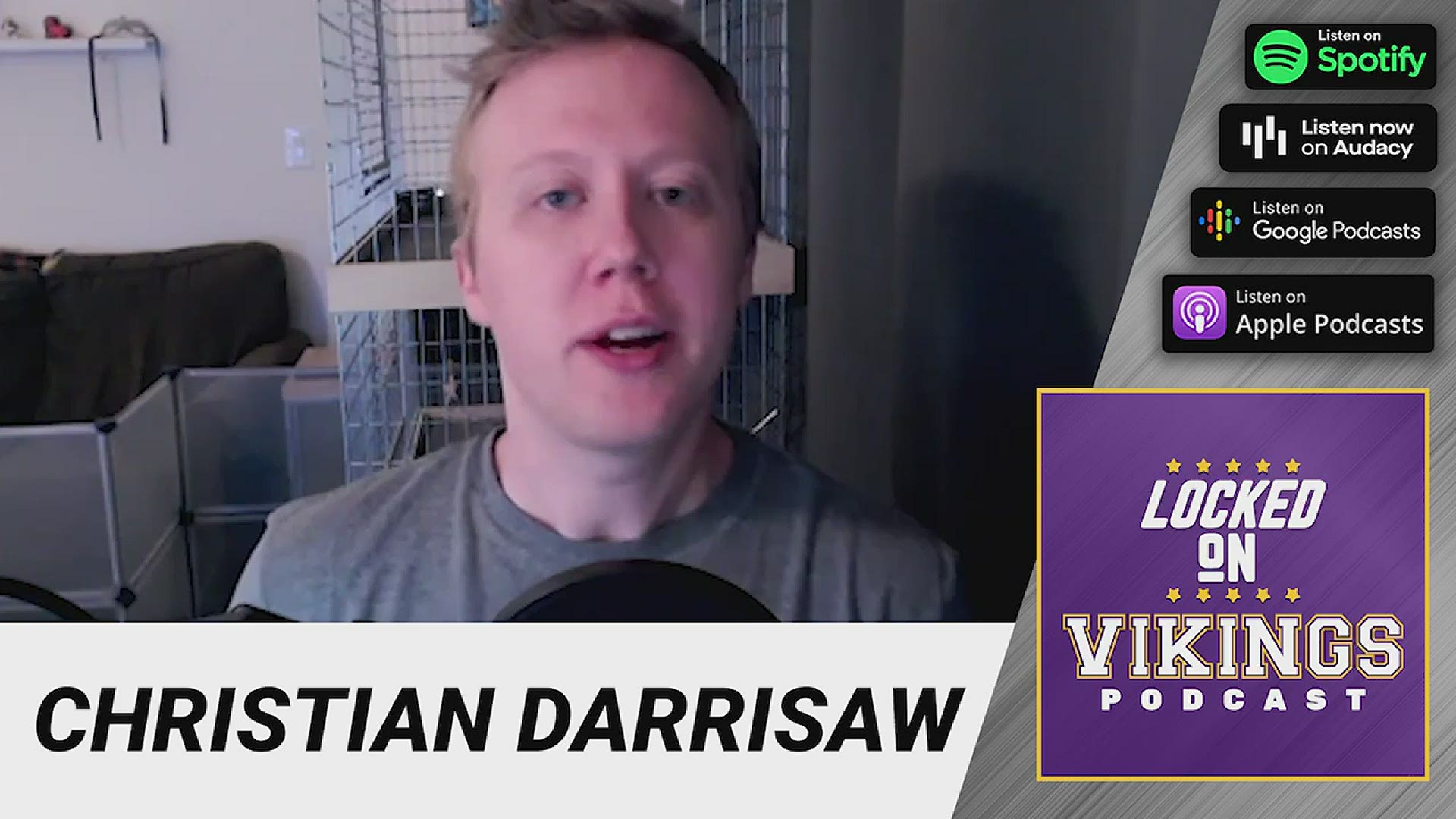