Meet the 8 newest Redskins players selected in the 2020 draft

With the trade of veteran offensive tackle, Trent Williams, the Redskins had eight picks in the 2020 NFL draft. Here's who they added to the team. 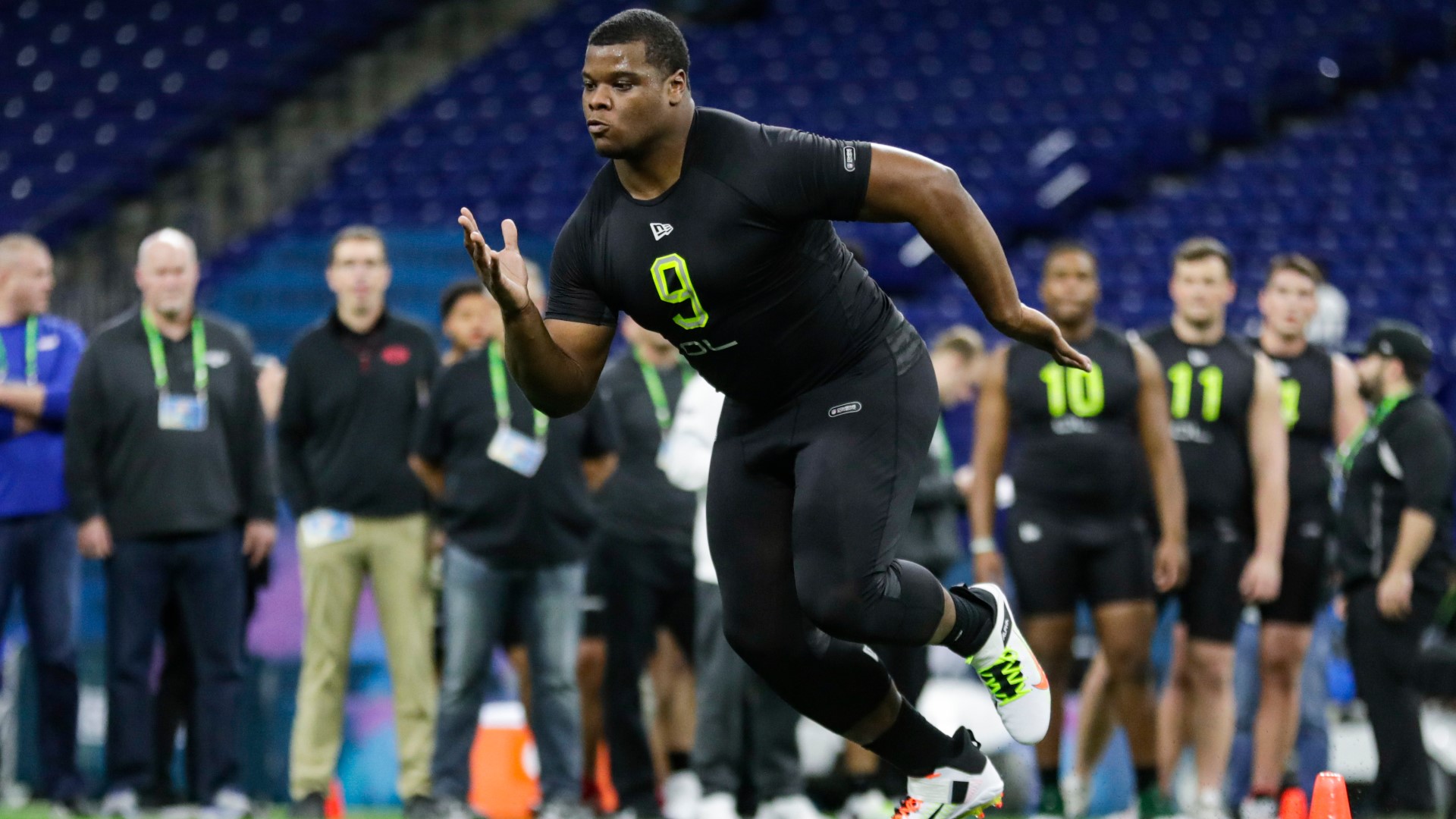 WASHINGTON — The MLB season is postponed indefinitely and it's unclear if the NHL will resume play in 2020, but sports fans were finally given a beacon of hope with the NFL draft kicking off Thursday night. The Washington Redskins had high hopes for the first draft under new head coach Ron Rivera, as the team had important decisions to make with the second overall pick in the draft.

The Redskins also had selections in the third, fourth, fifth and seventh rounds, with two picks each in the fourth and seventh. After trading veteran offensive tackle Trent Williams to the San Francisco 49ers, the Redskins picked up an additional pick in the fifth round.

Here is a look at the eight players the Redskins chose in the 2020 NFL draft.

With their first-round pick, the Redskins are bringing a DMV native home, drafting Marylander Chase Young as the second overall pick of the draft. The defensive end was arguably one of the best players available, winning the Bednarik Award. the Bronko Nagurski Trophy, and becoming one of the only defensive player finalists for the Heisman Trophy. He was a unanimous All-American in 2019 and led the nation in quarterback sacks (16.5) and sacks per game (1.38)

Young is from Upper Marlboro, Maryland and went to DeMatha High School in Hyattsville before playing at Ohio State University. He declared for the draft after his junior year.

"This is the moment I’ve been dreaming about my entire life," Young said. 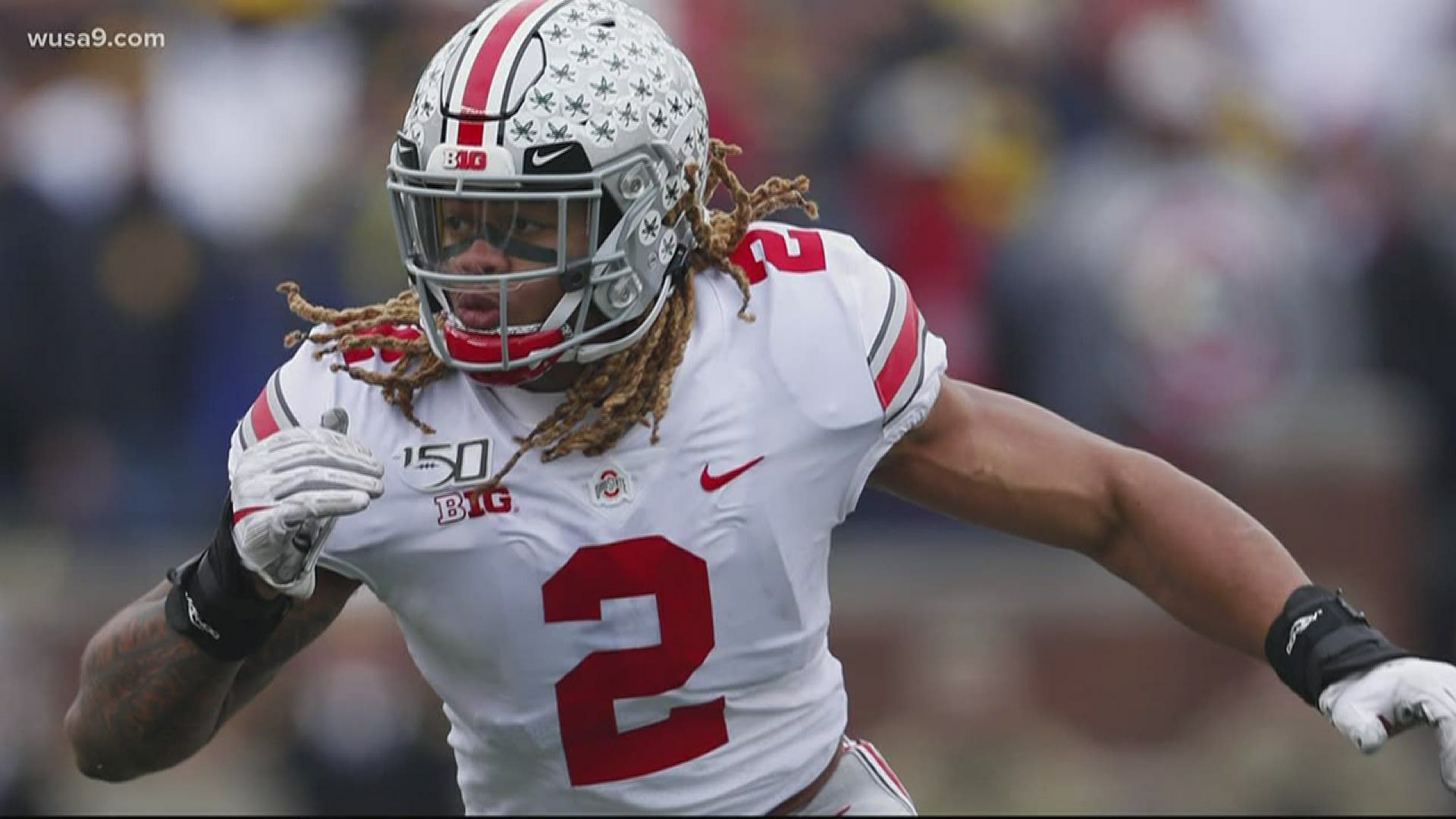 On Day two of the NFL draft, the Redskins took Antonio Gibson as the 66th pick overall in the third round. Gibson has made a name for himself as a very versatile player, operating as both a wide receiver and a running back at the University of Memphis. He averaged 11.7 yards after the catch per reception, the most among draft-eligible players this year. 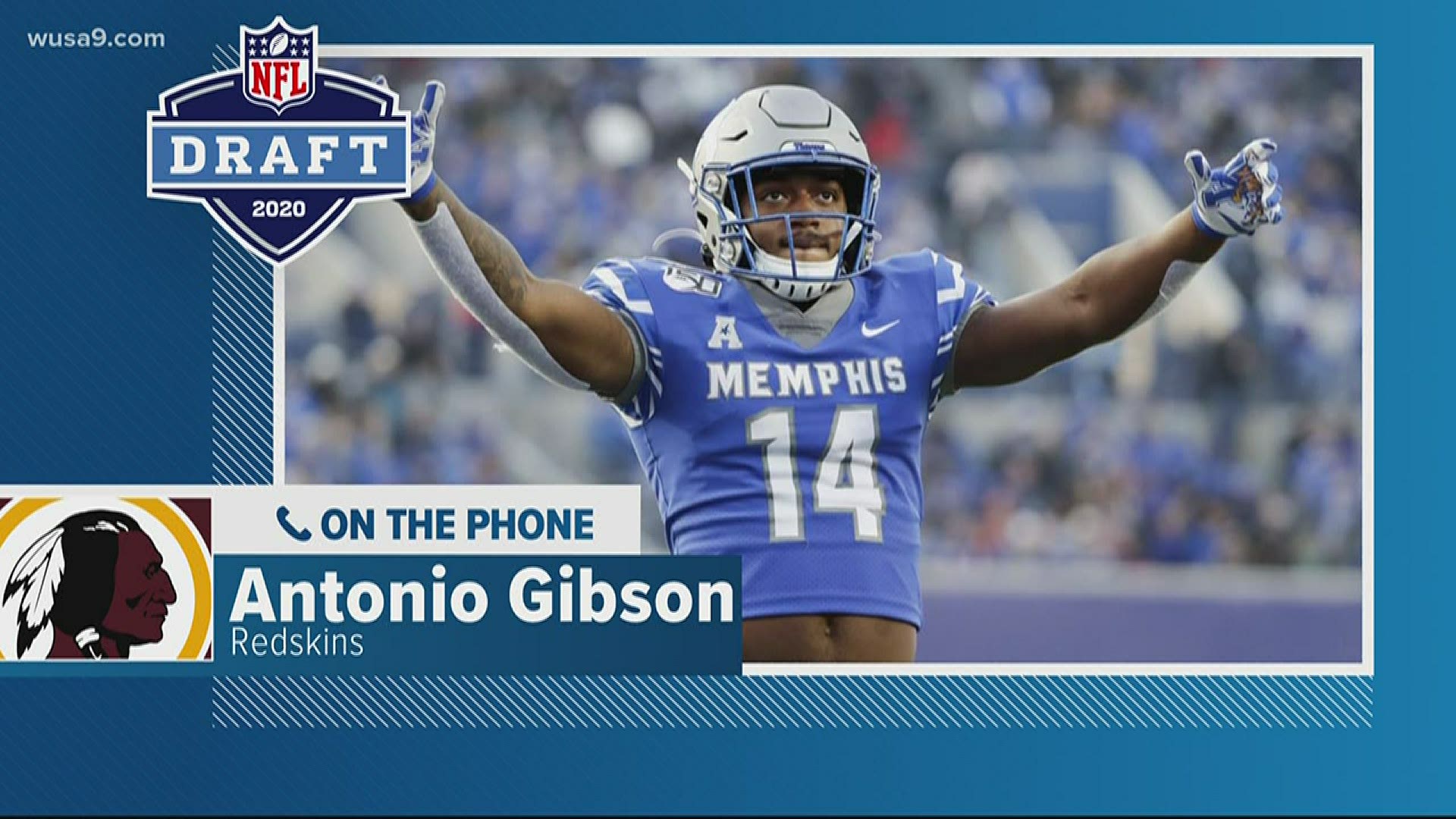 In the fourth round, the Redskins chose tackle Saahdiq Charles, who entered the NFL draft foregoing his senior year at LSU. In his time at LSU, Charles won SEC All-Freshman Team honors and was part of an offensive line that won the Joe Moore Award in 2019. In his last season, he helped the Tigers go 15-0 and win the National Championship.

Wide receiver Antonio Gandy-Golden was taken in the fourth round as the 142nd pick in the draft. Gandy-Golden had five college offers, but ultimately accepted a scholarship at Liberty University in Lynchburg, Virginia. He helped lead the Flames to three winning seasons in four years, and finished his senior season with 79 receptions and 1,396 yards.

Three-time All-Mountain West corner Keith Ismael was chosen in the fifth round as the 156th overall pick. Ismael, who comes from a family of college football players, played for San Diego State, receiving first-team All-Conference honors two years in a row.

RELATED: 'I took my Batman figure and left everything else' | Redskins CB Josh Norman confirms his release

The 162nd overall pick, drafted in the fifth round, was linebacker Khaleke Hudson. He comes to the NFL after playing 44 games at Michigan, with 225 tackles,10 sacks, two interceptions and 14 deflected passes. Hudson was a three-time All-Big Ten honoree and tied for a single-game NCAA record of most tackles for a loss.

With their second to last pick, in the seventh round, the Redskins chose Arkansas strong safety Kamren Curl. In his 2019 season, Curl made 76 tackles, two interceptions, four tackles for loss, two sacks, two forced fumbles, two fumble recoveries and a touchdown. Curl entered the NFL draft after his junior year. He is another Redskins selection with position flexibility, as he started his college career at cornerback, and believes he can play the position in the NFL if needed as well.

The Redskins rounded out their draft selections with yet another defensive end, choosing James Smith-Williams from North Carolina State as the 229th overall pick. He was a five-year player at NC State with 82 tackles, 12 tackles for loss and three pass deflections. Off the field, Smith-Williams' hobbies include robotic animation, which he explored during a highs school internship with IBM.