Do traveling football fans bring added risk for the flu?

Here in Minnesota, there's an added variable this flu season, the sudden influx of travelers coming to watch football. 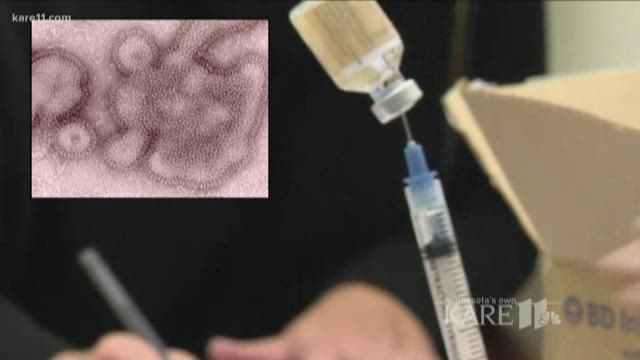 MINNEAPOLIS - This year's flu season is widely regarded by medical professionals as one of the worst in recent memory.

Here in Minnesota, there's an added variable this flu season, the sudden influx of travelers coming to watch football.

Besides hosting the Super Bowl in February, Minneapolis will also host Sunday's playoff matchup between the Vikings and the Saints.

The game is expected to bring thousands of fans from Louisiana, where health officials are calling the flu season one of the worst they've seen.

But will these travelers bring a greater risk of spreading the flu?

He says the answer is both yes, and no.

"The large gatherings of people put fans at more risk," Hilden says. "The strain they're seeing in Louisiana however, is the same strain we have here."

The Minnesota Department of Health agrees, with experts saying they're not concerned about traveling fans introducing any new flu strains to Minnesota.

However, they are concerned about large crowds creating the perfect environment for spreading the virus.

"When you're within an arm's length from someone, about 4-5 feet away, that's when you're most at risk," Hilden says.

Doctors at HCMC have been preparing for an aggressive flu season. They say it's one of many scenarios they've been working on leading up to the Super Bowl.

Several doctors and nurses are already making plans to sleep at the hospital during the nights leading up to the big game.

"No one is going to be stuck in traffic at home, trying to get here," Hilden says.

Fans looking to protect themselves are encouraged to practice common sense medicine.

MDH is encouraging fans to cover coughs and sneezes and to wash their hands as often as possible.

State health officials are also recommending the flu shot, despite the vaccine being less effective this year.