HCMC has Super Bowl plan and, yes, Vikings could change it

HCMC has been working on potential challenges associated with the Super Bowl for more than a year. 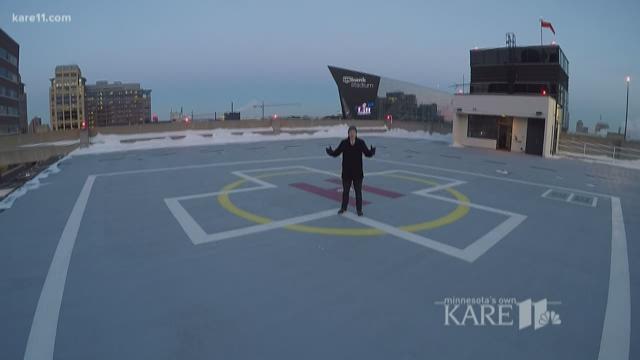 MINNEAPOLIS - When the Super Bowl moves in across the street from a major trauma hospital, there's a lot to consider.

"We worry about the frostbite," said Jon Gayken MD, a burn and trauma surgeon at HCMC. "It's our Super Bowl. That's essentially how I would look at it."

The hospital has been working on Super Bowl preparations for the past year and a half because of all the logistical challenges it brings throughout 10 days of events.

They're even trying to plan for all Super Bowl scenarios, including a Vikings win.

Regardless of who plays, or wins, the ER and EMS is already planning to add staff, and the burn center has added a dedicated frostbite unit.

"Leaving town after a Super Bowl missing a lot of fingers is not the kind of way we want to send people away from Minnesota," Hick said.

And that's far from the biggest concern.

"This is the hospital command center," said Mark Lappe, HCMC Emergency Manager. "We preparre for any type of significant healthcare emergency."

Lappe says the command center is where leaders will coordinate any mass trauma response. The last time the room was operational was during the Minnehaha Academy Explosion, but he says if the room is needed during the Super Bowl, more emphasis will be needed at entrances, where victims would likely be walking in because of the close proximity to the stadium.

"We'll get a sudden surge of individuals probably before even the first EMS vehicles arrive," Lappe said.

That's because ambulances will face the biggest logistical challenge. Street closures, large crowds and traffic jams will make getting around difficult, even for EMS.

"If traffic is bad and we've got a lot road closures downtown and it's snowing, we're going to have to make a lot of adjustments in the system to make sure that if you pick up the phone and need help, we can get help to you in a timely manner," Hick said.

Despite all the closures, HCMC leaders stress that the hospital and clinic will be open throughout. The helipad is also going to be operational, even with the no-fly zone around the stadium.

"It's almost like having a hospital for the Super Bowl," Gayken said.

Hennepin County EMS can call on other ambulance services to help make sure everything is covered when events and traffic pick up. Hick says they'll also have ATVs to help get to people in crowded areas, such as Nicollet Avenue.