If you're in the Twin Cities and want to get a taste of our thriving live music scene, here are five venues to put on your shortlist. 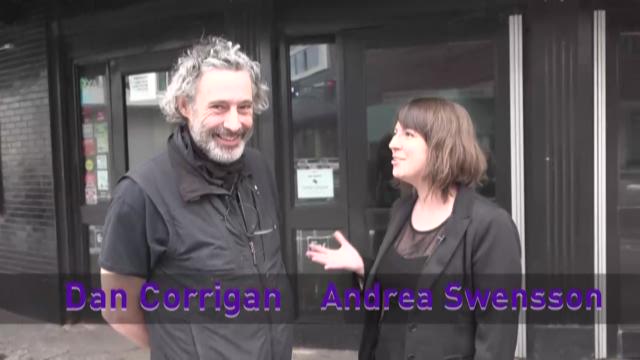 This article was produced in collaboration with 89.3 The Current, Minnesota’s non-commercial, member-supported radio station playing the best authentic, new music alongside the music that inspired it. Find this article and more great music at thecurrent.org.

A whole lot of people are expected to come to Minnesota for the Final Four — and many of them are music fans. If you’re in the Twin Cities and want to get a taste of our thriving live music scene, here are five venues to put on your shortlist.

If you can only name one Minnesota music venue, chances are it’s First Avenue. The downtown Minneapolis club practically took second billing in the iconic Prince movie Purple Rain — and despite some relatively minor renovations, the so-called “Mainroom” (capacity 1,600) actually does look and feel much as it’s depicted in the movie. The 7th St Entry is a much smaller room (capacity 250) in the same building, and it’s been a proving ground for bands from the Replacements to the latest hip-hop heroes. The First Avenue story goes way beyond Prince, as a new book amply documents. Bonus: grab a beer or a burger at the adjoining Depot Tavern, and you’re not at all unlikely to see the night’s headliners having a bite before the show.

This atmospheric club (capacity 350) bills itself as the “best remnant of the ’40s,” and that vintage vibe has made it a particularly prized for Americana artists like the Cactus Blossoms and Charlie Parr. The Turf is actually now owned by First Avenue, evidence of First Ave’s growing influence in concert booking across the Twin Cities. Like First Avenue, the Turf Club has its own second room: the downstairs Clown Lounge, which has even more creepy clown art than you might imagine. Bonus: located right on the Green Line in St. Paul, the Turf is one of the easiest local music clubs to access via public transportation.

Located in the West Bank neighborhood just east of downtown Minneapolis, the Cedar is an essential hub of the Twin Cities’ multicultural music scene. Run as a nonprofit, the Cedar puts a great deal of effort into booking artists from a wide range of musical traditions — both locally and nationally. The hushed, intimate space inside the converted movie theater is one of the best spots in town to see acoustic singer-songwriters, but on any given night you’re just as likely to find Somali hip-hop or a Bhangra DJ. Bonus: you won’t believe what’s buried beneath the floor.

The Twin Cities’ newest major concert venue is, in a sense, not actually that new at all. The downtown theater was built in 1916, but it sat largely dormant for decades before the City of St. Paul gave the space a major overhaul that debuted with a splash in 2016. With a capacity of 2,500, the new setup combines antique character with a state-of-the-art sound and lighting system that many of the coolest artists to come through town — St. Vincent, Gary Clark Jr., Beck — have been flocking to. Bonus: The Current often broadcasts live from the lobby, and we’ve even streamed entire shows from the venue that lies just a couple of blocks from our own studios.

If you want to check out the hottest local acts and rub elbows with many of the movers and shakers in the Twin Cities music world, make a beeline for this gorgeously refitted icehouse (yep, that’s actually what it used to be) on the “Eat Street” stretch of Nicollet Avenue in Minneapolis — so named for its multitude of delicious ethnic restaurants. The food at Icehouse lives up to its storied neighborhood, and the bar is well-stocked too. The venue often hosts multiple shows on any given day, so check the calendar and you’re bound to find something that appeals. Bonus: just a stone’s throw away, you can gawk at the building where Minnesota garage-rock classics like “Surfin’ Bird” (the Trashmen) and “Liar, Liar” (the Castaways) were recorded.