Some of the most expensive Super Bowl rentals

Rentals like a six bedroom, eight bathroom estate on Lake Minnetonka are in demand. 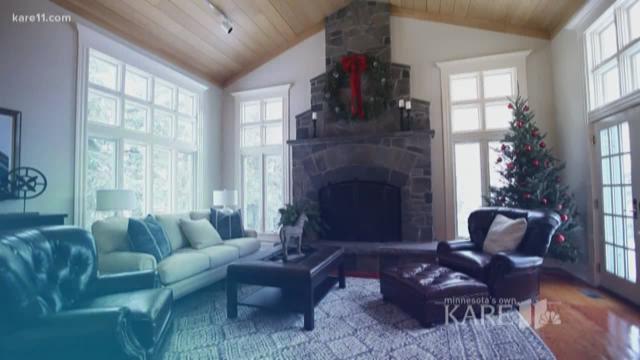 MINNEAPOLIS---With the Super Bowl in Minneapolis, the players won't be the only stars at the stadium. In the crowd of thousands are some heavy hitters of a different kind, football fans renting homes, not hotel rooms.

And they want to do it quietly, asking for a high end house with a low profile.

“The stars that we've been talking to certainly want the anonymity, the privacy and security is a huge piece,” Jessica Prudden said.

That's why rentals like a six bedroom, eight bathroom estate on Lake Minnetonka are in demand. It features nearly 13,000 square feet with a gourmet kitchen, a game room and a wine cellar, all on a wooded acre lot with a private drive. The price: $20,000 a night.

“They're a short car ride just down 394 to the action, but really they have a compound to call home,” said Peter Prudden.

And for those who want to be in the action, there are lots of spots downtown.

Other listings with Prudden & Company include a two story penthouse loft in the North Loop with stunning views, a private elevator and a $25,000 a night rental fee. There’s also a $125,000 a week home in the Kenwood neighborhood with10 bedrooms and 2 full kitchens, billed as the largest house in Minneapolis. And there’s a compound with a four story elevator and a helipad that sits on its own island on Lake Minnetonka for $250,000 a week.

Agents say it's not just a space they're offering, it's an experience.

“These are luxury homes,” said Peter Prudden. “These people are used to a certain way of life when they travel.”

Many want a concierge, 24 hour car service, in home chefs, stocked pantries and airport shuttles, all things the Pruddens say they're arranging for their Super Bowl clients.

“Do they want a cheeseburger at 2:30 in the morning? Well, we can have a car and driver go out and get that and bring it to them,” Peter Prudden said.

And anything else they need, all part of giving renters MVP treatment and helping fans on the road make themselves feel at home.