Hey visitors! If you want to try on a little Minnesota nice, take off your coat and leave it behind when you go. 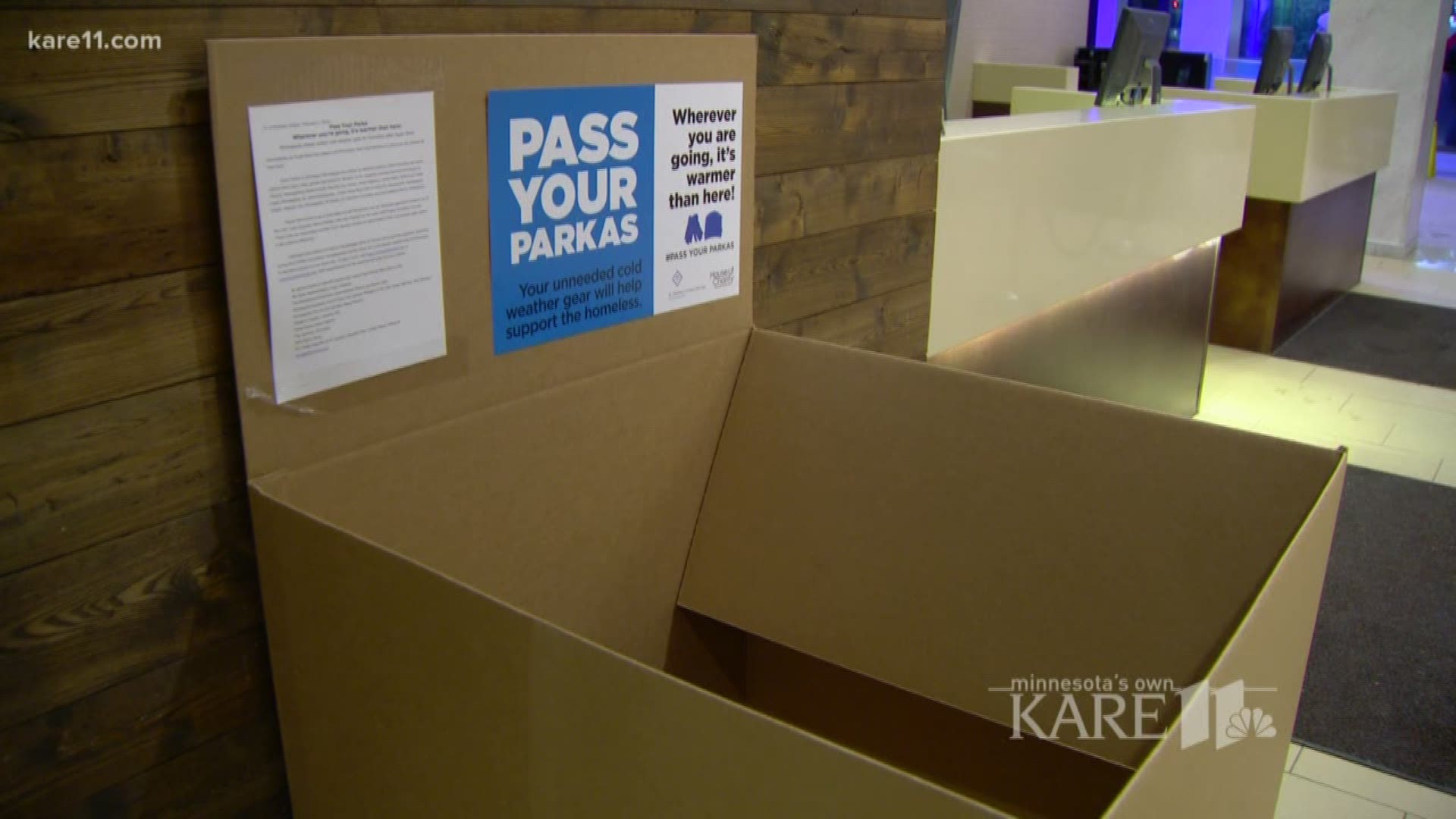 MINNEAPOLIS - It is not breaking news that Minnesota in February is cold, really, really cold!

And Nancy Killilea wants to take the clothes right off your back.

“Yes, yes I will,” she exclaimed while bursting into laughter.

It’s not as weird as it sounds. Killilea says she was watching local news coverage of the Super Bowl and saw an interview with a man from Texas who said he’d invested in boots rated to -20 degrees, which he’d never wear after he left Minnesota.

“And I thought, well that seems awful!” She added, “We have a lot of people here who could use it.”

The next morning, she had an idea.

“I don’t know anybody, I’m not connected to anybody but I sent emails to everybody I could think of,” Killilea said.

Among those who liked the idea was State Representative Dario Anselmo (R) 49A, who connected her with local business leaders. In a matter of just days, #PassYourParka was up and running with Facebook and Twitter pages.

Thirteen hotels in the downtown area have allowed #PassYourParka to set up donation stations in their lobbies where travelers can leave behind their winter gear for donation to St. Stephen’s Human Services and House of Charity.

“It’s called pass your parka but we’ll take anything,” Killilea said. “Hats and mittens, socks, anything that’s going to keep somebody warm this winter.”

So, if you want to try on a little Minnesota nice, take off your coat and leave it behind when you go.

“You know what,” Killilea said, “to be honest with you I thought if I get one jacket it’s good, right, because I wasn’t sure at first if this was a good idea or not. Now I want to see those 13 boxes teeming!”

To request a donation box, contact Nancy Killilea at pkandnb@comcast.net.