There's still time to get paid to work the Super Bowl

The company that hires security for the Super Bowl is still looking for plenty of help at several different events. 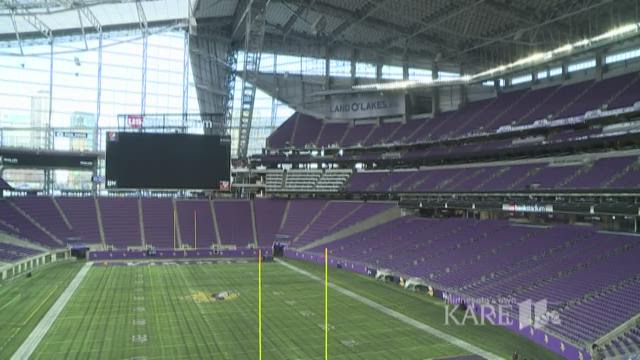 Even though it's too late to become a Super Bowl LII volunteer, you still have time to find an actual job that will get you inside the stadium on game day.

"Get paid to go to the Super Bowl. I'm excited," said Heather Pfeiffer, who was among several people who showed up for a job interview with S.A.F.E. Management on Thursday.

For the past 14 years, S.A.F.E. has provided Super Bowl security services for the NFL. They hire unarmed security guards who perform crowd control, screening and other security related duties beginning in January and throughout NFL Super Bowl events.

S.A.F.E. has been conducting interviews for the jobs since September, but they've had a harder time filling the jobs this year because of Minnesota's low unemployment rate.

"I'm surprised that more people aren't here," said Desiree Sutton, who came from Wisconsin for an interview on Thursday.

Sutton said the job is attractive because it pays $18 for a day shift and $24 for an overnight shift. If hired, employees let the company know the shifts, days and locations they can work.

There are jobs available at US Bank Stadium, the Super Bowl Experience at the Minneapolis Convention Center and at Radio Row at the Mall of America.

The NFL has a deadline for conducting detailed background checks for all game day employees, so S.A.F.E. only has a few days left to fill the rest of the available positions. Because of the tight time frame, applicants who schedule an interview are often offered jobs on the spot so that they can get the background checks started.

"It really did go pretty fast," said Thomas West, who was offered a job on Thursday. "I'm not going to say no, it's the Super Bowl. For the most part they kind of work around our schedule, which is another good thing about the job too."