Dash, a 10-week-old recent arrival to The Wildcat Sanctuary, picked Tampa over Kansas City during a recent play session. 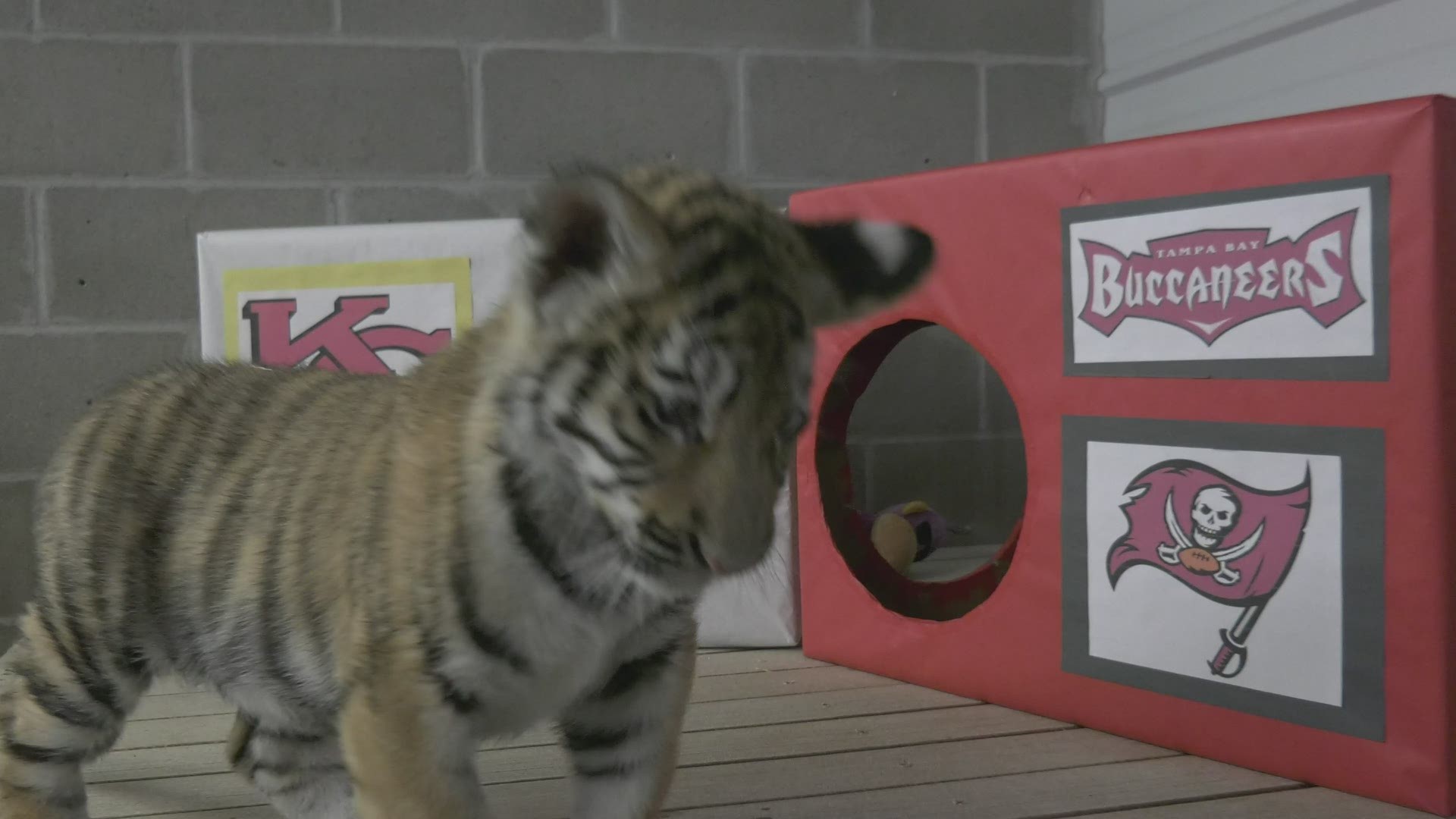 SANDSTONE, Minn. — Picking a winner is part of the annual Super Bowl ritual, a process of elimination that usually follows weeks of analysis, sorting through matchups, strengths, and weaknesses, and over-thinking just about every element of the game.

The 10-week-old tiger cub is a recent arrival at The Wildlife Sanctuary, a haven for rescued big cats located in Sandstone, Minnesota. During a recent play session Dash was given the choice of two boxes to climb into, one adorned with the colors of the Tampa Bay Buccaneers, the other decorated with a Kansas City Chiefs motif.

After staring at the video camera for a few seconds, Dash turned and sniffed the opening of the KC box, then wandered over to the Tampa box and decisively climbed inside.

Handlers at The Wildcat Sanctuary noted that not only did Dash choose the Bucs box, he then attempted to eat the one representing the Chiefs.

Credit: The Wildcat Sanctuary
After clearly choosing the Tampa Bay box and climbing inside, Dash the tiger cub proceeded in an attempt to eat the Kansas City box.

We'll see how much water the decision holds come Sunday, when the two teams clash at Raymond James Stadium in Tampa on Sunday, Feb. 7.