No fans for Vikings home game Oct. 18 due to COVID infection rates

The team cites continued infection rates and state guidelines that limit indoor venue capacity to 250 people as reasons to keep the stands empty. 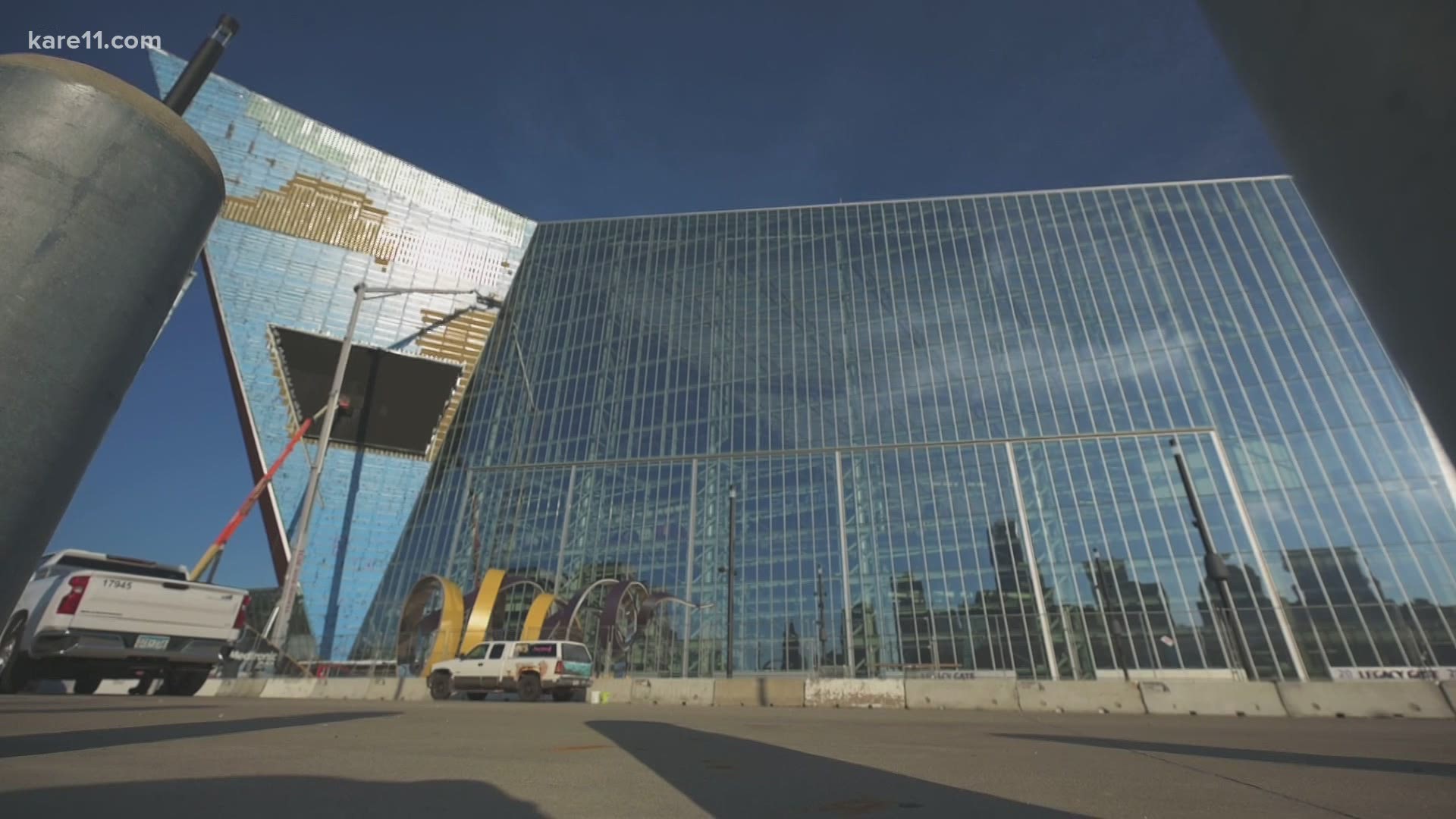 MINNEAPOLIS — The Vikings' true home field advantage remains on hold, as the club announced Tuesday that the stands at U.S. Bank Stadium will remain empty for the Oct. 18 game against Atlanta due to continuing risks posed by COVID-19.

In a written statement, Vikings Vice President of Strategic & Corporate Communications Jeff Anderson said fans will not be invited to the game "given the continued COVID infection rates in Minnesota, the existing Minnesota Department of Health guidelines that limit indoor venue capacity to 250, and because of our continued prioritization of the health and safety of our fans, players, coaches, staff members and community."

RELATED: Vikings open season on Sunday in strange fashion, with no fans or tailgating

Instead, Anderson said, the team will continue to test game day protocols by hosting up to 250 family members of Vikings personnel. The team hopes that what is learned will help them work with city and state officials to achieve the goal of hosting a limited number of fans later on in the season.

The Vikings originally announced that no fans would be admitted for at least the first two home games against Green Bay and Tennessee, but indicated the situation would be dynamic and evolving.