The police report released Tuesday details ongoing struggles Griffen had been dealing with, weeks before the incident at the Hotel Ivy on Saturday. 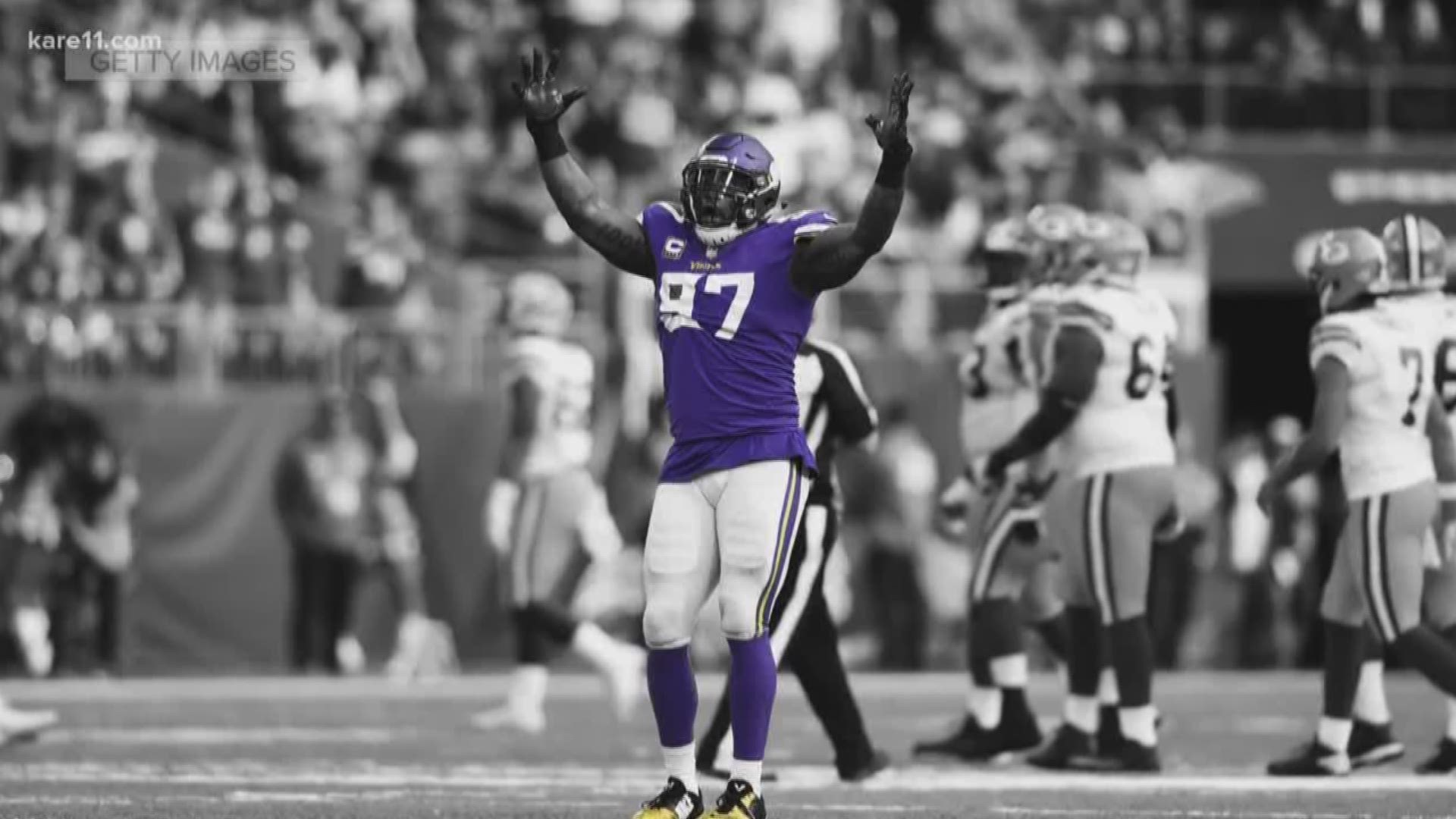 MINNETRISTA, Minn. - A report from police in Minnetrista shines light on the recent struggles of Vikings defensive end Everson Griffen, and the growing concerns of those who care about him.

Vikings coach Mike Zimmer briefly addressed the situation on Tuesday, saying Griffen remains away from the team indefinitely and will not travel with the Vikings for their game Thursday against the Los Angeles Rams.

The police report spells out how Minnetrista Police were contacted by a nearby department after a call from Vikings Director of Security Kim Klawiter, requesting a welfare check on Griffen's wife and children. Klawiter told officers that Griffen had not been acting like himself lately, and it seemed he was having a nervous breakdown. Klawiter told police that Griffen was at a Minneapolis hotel and had to be removed because he was causing a disturbance, and there was concern as he was headed home to his wife and children and there was uncertainty about his mental state.

Officer Michael Kokesh managed to get in contact with Griffen's wife, who had left the home with her children, and arranged to meet at a local business. Tiffany Griffen said Everson has not been acting normal lately, and on Sunday, Sept. 16, got up in the middle of the night and left their home as he often deals with "demons" in his head. She said he didn't return until Wednesday, and was making little sense in their conversations but at one point told her "I want help."

Tiffany Griffen said she didn't know what to do and that she wants her husband to get help, according to the report. She said that Everson is not on any medication but should be and that he hasn't slept in days and may be delusional because of the lack of sleep. His wife told police there hasn't been any comments about wanting to harm himself or others.

After completing the interview and leaving the scene, the Minnetrista officer got a call from Tiffany Griffen saying Everson had entered the home of teammate Trae Waynes.

Waynes released a statement on Tuesday saying, "To clarify, there was no attempted break-in at our home and at no point did my family or I feel unsafe. We are friends with the Griffen family and we are here to support them in any way possible during these trying times."

A few minutes later, TIffany called again saying that Griffen had climbed into the truck of a complete stranger, and that they were headed towards the Griffen home. Once on scene, officers approached Griffen, who was yelling about people who were trying to kill him, God and "777." Police were able to settle Griffen down and get him into an ambulance so he could be evaluated at a hospital.

En route to the hospital, the ambulance encountered deer crossing the road. Griffen took that opportunity to jump out of the ambulance. Officers responded to the scene and found Griffen walking along the side of County Road 44 with his hands in the air. He told them he left the ambulance as he thought someone was going to shoot him, according to the report.

Minnetrista officers were able to get him back on a stretcher and into the ambulance, which took him to Fairview Hospital in Edina.

The incident followed on the heels of the police response at The Hotel Ivy, where Minneapolis officers were called on reports that a man was threatening violence. A police report details how the subject of the call had checked into the hotel earlier that week, and had caused a disturbance each time he walked through the lobby. Hotel staff believed the behavior may be caused by alcohol or drugs, and reported on that date that the man threatened he would "shoot someone" if they didn't let him in his room.

Squads responded, questioned the man and released him, as there was no indication the threat was credible. Klawiter confirmed to police in Minnetrista that Griffen was the person involved in the incident.

Griffen wasn't supposed to play in last Sunday's game against Buffalo due to reports of an injury, but the defensive mainstay wasn't even on the sidelines, missing the contest for what coach Mike Zimmer called a "personal matter."

Exactly what that "matter" was has not yet been confirmed by the team, but Monday night General Manager Rick Spielman did issue a statement acknowledging that there was a "situation" with Griffen.

The statement reads: "We are aware of the situation involving Everson Griffen and certainly concerned by what we have heard. We are currently focused on Everson's well-being and providing the appropriate support for him and his family."

Multiple reports, including one from NFL insider Tom Pelissero, indicate that Griffen is dealing with a serious mental health issue and as of Monday night was hospitalized and receiving treatment.

On @gmfb with the latest on #Vikings DE Everson Griffen, who has been undergoing evaluation at a local hospital after battling a serious, mental health-related issue for weeks. @nflnetwork pic.twitter.com/LmH7aSdVzP

Pelissero also refuted reports from at least one Twin Cities media source that Griffen was involved with an attempted burglary over the weekend.

Griffen also missed Monday’s practice. He was listed on the injury report as not participating due to a knee injury and “non-injury related” reasons. 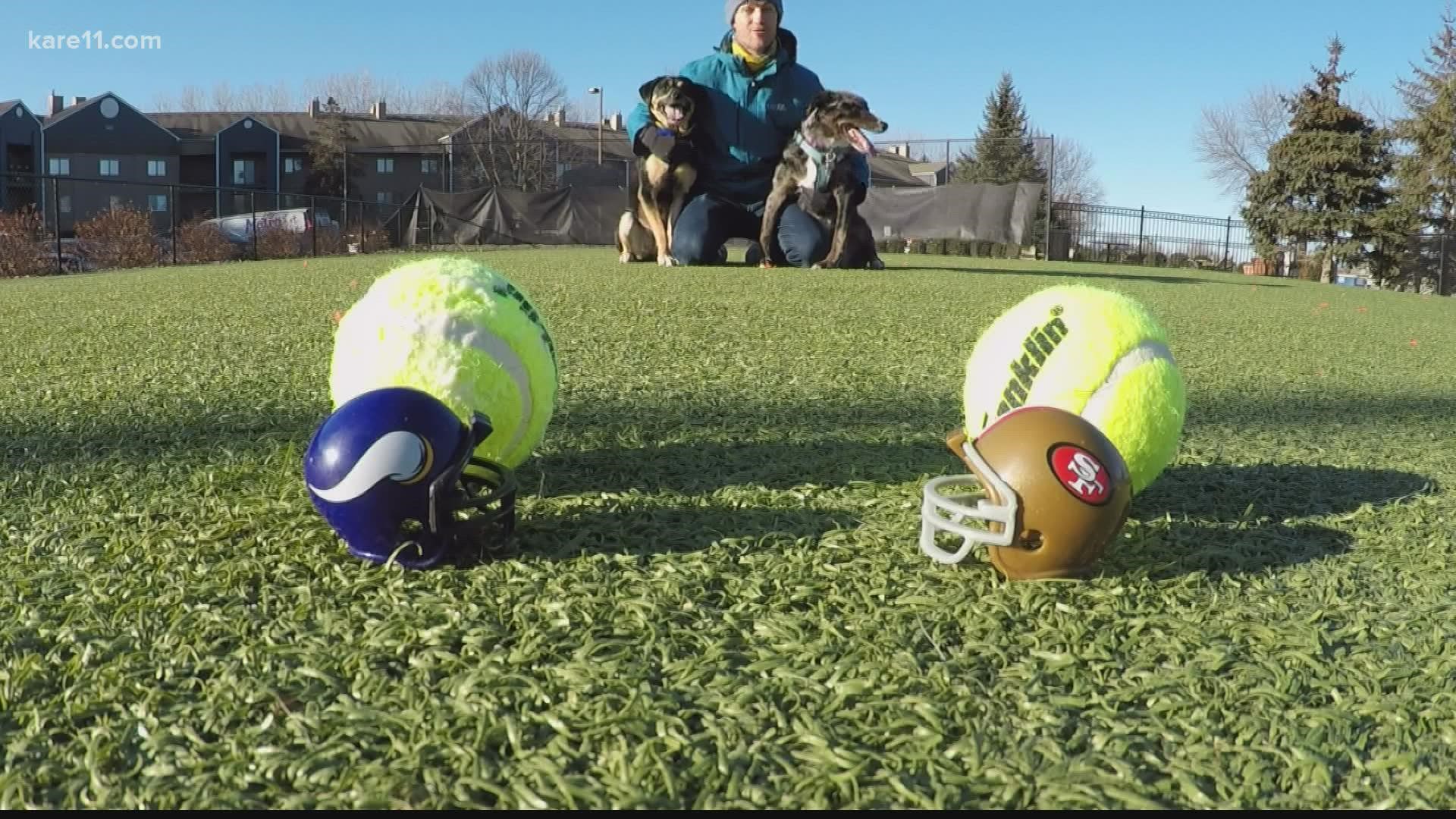