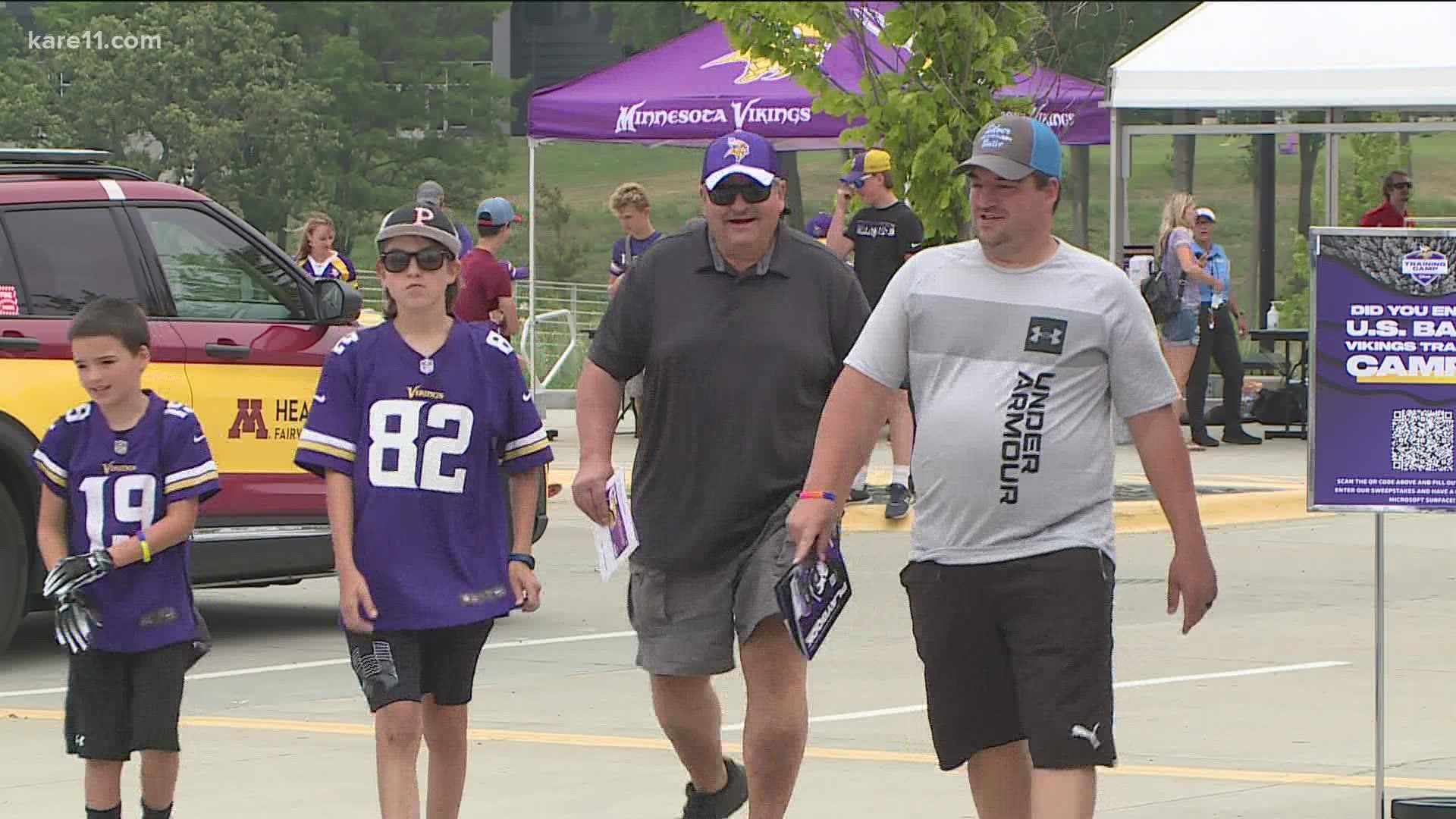 The Minnesota Vikings brought in infectious diseases expert Dr. Michael Osterholm on Monday to address any concerns about the COVID-19 vaccine in an effort to dispel some of the hesitancy with some of the players.

The Vikings were without three quarterbacks earlier this month when rookie Kellen Mond tested positive for COVID. Kirk Cousins was one of the QBs sidelined for five days as a potential high-risk close contact. Vikings coach Mike Zimmer was candid about the situation earlier in training camp, saying "for the sake of everyone's health, I think it's important (to get vaccinated), but some people don't understand I guess."

Following Osterholm's visit with the Vikings, Zimmer said he answered a lot of questions, including some rumors circulating around social media.

"Like he said, he was going to be 100% honest," Zimmer told reporters on Monday. "If he knows the answer, he'll tell it. If he didn't ... he would tell it as well. I thought he did a terrific job and hopefully it helps."

Earlier this month, Nicki Jhabvala with the Washington Post reported that the Vikings had the lowest vaccination rate in the league, with just 64.5% of the players being fully vaccinated.

RELATED: No, NFL players don’t have to be vaccinated but there are stricter rules for unvaccinated players

The Vikings have the lowest vaccination rate in the league at 70% in process and 64.5% fully vaccinated.

It hasn't just been a concern with Zimmer, either. In early August, Vikings co-owner Mark Wilf discussed the importance of the vaccine, not only for the health of the players, but also the community.

"We're very concerned," Wilf said. "It's safe to say our No. 1 priority is the health and safety of our players, our coaches, our staff and, ultimately, the entire community. From that standpoint, we really are encouraging people to take the vaccines and to get vaccinated."

A sentiment Zimmer shared on Monday.

A report last week by ESPN's Jeremy Fowler said every NFL team is now above a 75% vaccination rate, with only four teams below the 85% vaccination threshold. It's unclear where the Vikings' current vaccination rate is at, but according to Fowler, it has improved since the Washington Post's report.

All 32 NFL teams now have above 75% vaccination rate, per source.