Vikings look for fast start in what could be crucial season for Zimmer, Cousins

Vikings kick off the season at noon Sunday on the road against the Cincinnati Bengals. 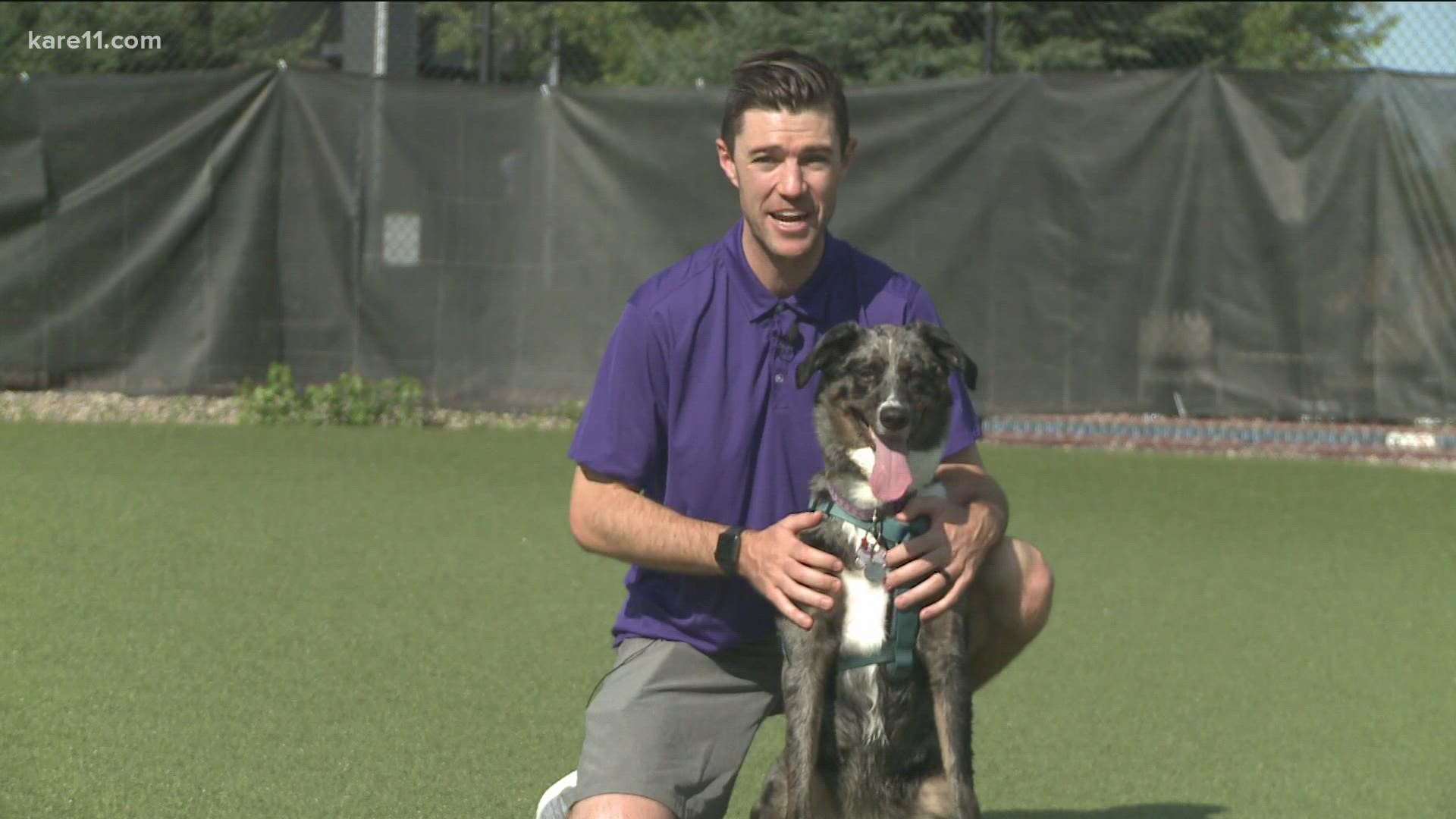 MINNEAPOLIS — The Minnesota Vikings kick off the season Sunday against the Cincinnati Bengals, marking what could also be an important season for some key team pieces, including quarterback Kirk Cousins and head coach Mike Zimmer.

While Zimmer has had his ups and downs since taking over in 2014 – three playoff appearances in seven seasons – his downs have never been catastrophic. As a head coach, Zimmer has never had fewer than seven wins in a season, but his postseason résumé could use a boost, and much of that will be on the shoulders of a quarterback who is also looking to bolster his postseason achievements.

Cousins got the monkey off his back two seasons ago when he led the Vikings to an upset in the NFC Wildcard Game against the New Orleans Saints – his first career win in the playoffs – but it was followed up by a less-than-inspiring performance in the divisional round against the San Francisco 49ers where he threw for just 172 yards, one touchdown and a pick. The Vikings ultimately lost 27-10 and the skepticism surrounding Cousins continued.

While the 10-year veteran put together arguably the best season of his career last year – 4,265 yards, 35 touchdowns and 13 interceptions – the Vikings failed to recover from a miserable start, and ultimately missed the playoffs.

"I do think there's an awareness of an importance to start fast," said Cousins after Minnesota started the season 1-5 last year. "It's a lot of different variables and those variables change from year to year. But there's no doubt we want to start fast. Need to start fast."

It's worth noting Cousins wasn't the prime reason  – or much of a reason at all – for failing to reach the playoffs, but as a quarterback, for better or worse, success is often based on wins and losses.

While Cousins put up some of the best numbers of his career, Minnesota couldn't earn a spot in the newly adopted expanded playoffs, which featured seven teams in each conference. Instead, the offseason was riddled with questions about how the future looked for the Vikings, including the man under center, despite the majority of the team's woes coming on the defensive side of the ball.

Zimmer and the Vikings were dealt a few roster blows almost immediately out of the gate with All-Pro Danielle Hunter not playing a single snap all year due to a neck injury, and newly signed defensive tackle Michael Pierce opting out due to COVID-19. But the unit still underperformed with the pieces that were in place.

"When we looked at the defense after the (2020) season, it was pretty barren in there, so we had to address that," said Zimmer earlier this offseason. "Honestly, at the end of the season I was kind of down in the dumps when I kept looking at the depth chart and knowing what kind of salary cap space we had."

The Vikings used the offseason to give Zimmer, a defensive-minded coach, a little more firepower on defense, beginning with the signing of veteran cornerback Patrick Peterson. The secondary was a mess last season, but this year Peterson will head a new group of corners to help the Vikings on the back end. According to the team's Week 1 depth chart, playing opposite Peterson is Bashaud Breeland, another free agent signing. Mackensie Alexander, who some Vikings fans might remember, returned to the team after a one-year stint with the Bengalsi. The cornerback out of Clemson was drafted by Zimmer in 2016 and looks to give the position some stability with Cameron Dantzler, Harrison Hand and Kris Boyd rounding out the depth chart with limited NFL experience.

The Vikings also brought in safety Xavier Woods, who will step in to fill the vacant safety position left by Anthony Harris, who left in the offseason.

The defensive line, which also struggled mightily last season, has also improved. Not only will Hunter and Pierce be on the field this season, but they've also added defensive tackles Dalvin Tomlinson and Sheldon Richardson to give the line some additional size up front. Minnesota also brought back Everson Griffen to try to apply more pressure after recording just 23 sacks last season – fifth-worst in the league.

As for the offense, Minnesota will be looking to carry over the efficiency from last season when it finished fourth in the league in yards per game (393.3) and was among the league's top rushing teams (142.7 yards per game). While Cousins may be the quarterback, the offense runs through running back Dalvin Cook who is coming off a year where he amassed 1,912 total yards, including a career-high 1,559 rushing yards despite only playing in 14 games. The two-time All-Pro also found the end zone 17 times (16 rushing TDs, 1 receiving TD). Cook produced more than 30% of the team's total offensive yards and nearly 30% of the team's first downs. He, too, emphasized the importance of getting off to a better start this season.

"We're on the road for the first two games, so we've got to go out there and execute," said Cook. "It's up to us leaders – us older guys – to get this team going."

Minnesota also has some of the best wide receiver tandems in the league in Adam Thielen and Justin Jefferson. Thielen, a two-time Pro Bowl selection, is fresh off a 14-touchdown campaign while Jefferson is looking for an encore to his 1,400-yard rookie season – the most receiving yards ever by a rookie.

"I'm excited about it ... I'm starting Week 1 this year, knowing what to expect and everything," Jefferson said. "I'm feeling confident in this team. We have a strong, strong connection."

Perhaps the biggest concern for the Vikings this season—  as is true for most NFL teams—  is depth. While Minnesota appears to have addressed some of its biggest needs in the offseason, everything can be undone with a couple crucial injuries – or positive COVID-19 tests.

It's no secret a handful of the Vikings' starters have yet to get vaccinated. In fact, in early August Nicki Jhabvala with the Washington Post reported that the Vikings had the lowest vaccination rate in the league, with just 64.5% of the players being fully vaccinated. This prompted Zimmer to invite world-renowned infectious disease expert Dr. Michael Osterholm to speak with the players about any concerns when it comes to the vaccine.

The NFL announced in the offseason that a team can't reschedule any games this season due to COVID-19. If a team is unable to compete due to an outbreak, the team will be forced to forfeit. According to the league, the league's vaccination rate is at 93%, but they haven't provided a breakdown for individual teams.

If the Vikings can stay healthy, expectations should remain high, but if injuries start to mount up, it could be a long season for the Minnesota faithful.

"I feel really good about the top guys," said Zimmer. "And then some of these young guys have got to come on. When you're kind of top-heavy with finances, that's what you've got to do. Hopefully, we'll stay healthy and try get these younger guys better."

The Vikings have already been dealt a blow in the form of linebacker Anthony Barr and rookie left tackle Christian Darrisaw who were officially ruled out of Sunday's game. Both players returned to practice this week, but weren't ready in time for Sunday's opener.

"Obviously you're excited for preseason games ... but there's just nothing like regular season football," said Thielen. "I think when you get those cutdowns and then you come in here today with meeting, and you're kind of with the group that's going to be your group now, it makes you excited. Now, we've got to go out there and prove it."