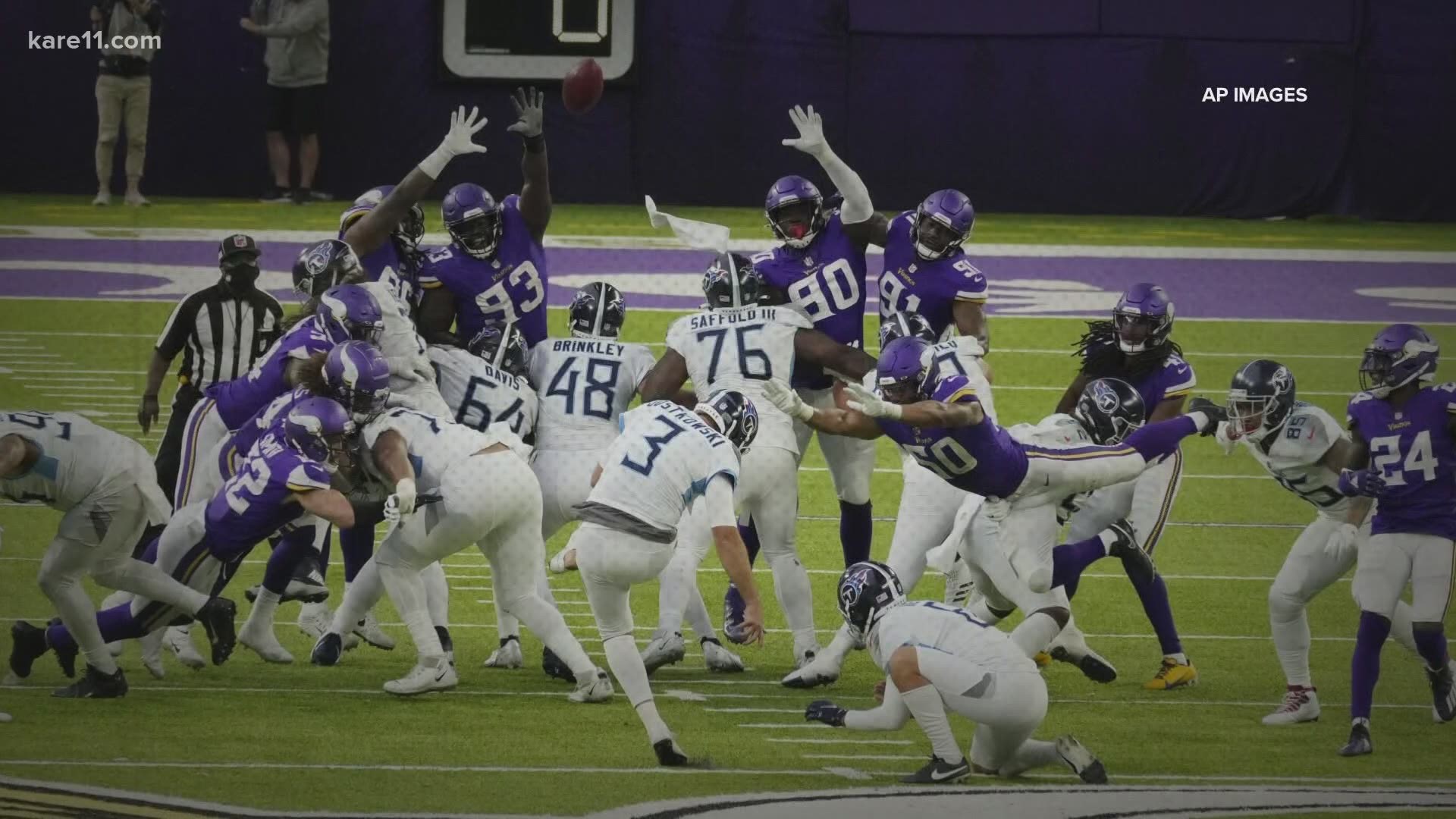 NFL Network insider Tom Pelissero first posted on Twitter that three Titans players and five staffers were positive on their latest coronavirus tests. Tennessee was in Minneapolis Sunday at U.S. Bank Stadium, where they beat the Vikings 31-30.

The NFL and the league's players union soon released a statement confirming the outbreak, and announcing that both teams will suspend in-person activities beginning Tuesday.

NFL statement on the #Vikings and #Titans suspending in-person club activities after eight positive COVID-19 cases with the Titans. pic.twitter.com/Fsj8yr0Xz9

The Vikings say at this point no personnel has tested positive in the wake of Sunday's games, but confirms the team will follow league protocol.

"As of this morning, we have not received any positive results from Vikings testing following Sunday’s game. Per the NFL protocol, we will suspend in-person club activities and close TCO Performance Center immediately," the team said in a statement released Tuesday morning. "We will work closely with the NFL and NFLPA to monitor the situation, perform additional testing and determine when the facility can reopen."

According to Pelissero, though the Titans do not specifically name players who test positive, on Monday afternoon the team put three players on the Reserve/COVID-19 list: Beau Brinkley (long snapper), DaQuan Jones (nose tackle) and practice squad player Tommy Hudson (tight end). The Titans were without defensive play-caller Shane Bowen in Sunday’s game as he was placed in quarantine, according to league protocol.

"We don't know if that infection was the source of these other ones, which now have triggered both the Titans and Vikings shutting down," said Ben Goessling, Vikings beat writer for the Star Tribune. "The one thing that doesn't happen as part of this protocol is they don't test on game days."

The Vikings promised an update regarding this week's football schedule and potential impacts on Sunday's game in Houston "when appropriate."

"From what I understand, they will keep the facility closed tomorrow," Goessling said.

Players and personnel who tested positive will quarantine according to NFL guidelines, and league infectious disease experts will evaluate potential close contacts from Sunday and perform additional testing.

No word yet on potential impacts for this weekend, when the Vikings travel to Houston to take on the 0-3 Texans. If the Vikings begin to see confirmed cases, Goessling says the league could decide to push the game back by a day or two, but rescheduling would be complicated.

"If the Vikings and Texans get changed on Sunday, they do not have the same bye-week. It's not as easy as just moving that game to a shared date," he said. "I think they will try to do everything they can to make it so that everybody plays 16 games, even if it means bumping the season back a little bit."