Minnesota missed a chance to get ahead in the NHL playoffs, but will have a chance to tie things up on Saturday night. 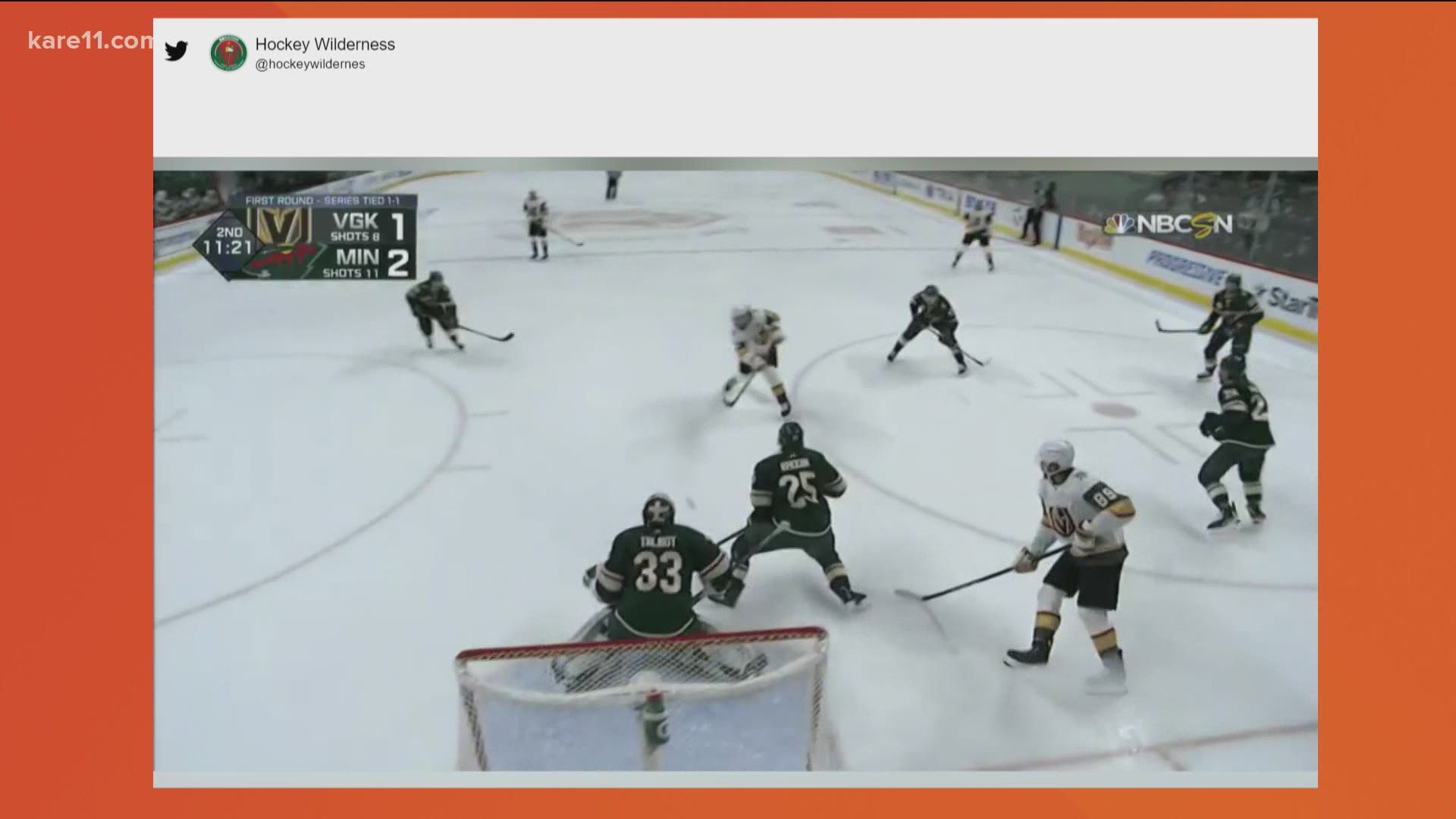 ST PAUL, Minn. — The Wild started out fast and furious, then saw the wheels fall off in a storyline that is beginning to define this playoff series, getting whipped by the Las Vegas Golden Knights 5-2 on home ice Thursday.

Reilly Smith capped a three-goal second-period surge by Vegas, after the visitors had fallen behind in the first period 2-0. William Karlsson then scored in the third, and Knight's captain Mark Stone picked up his second of the evening on an empty-netter as the Wild collapsed.

With the win the Golden Knights take a 2-1 lead on the Wild in this first round playoff series.

Ryan Hartman and Joel Eriksson Ek snuck in the two early goals for the Wild, but a third apparent goal was waved off due to offsides, giving Vegas a reprieve. The Knights came out after the first period intermission and cranked up the forecheck, smothering the Wild in their defensive zone and shelling goalie Cam Talbot with shots.

In all Las Vegas put 22 shots up in the second period alone, ending with 39 shots. The Wild was able to muster just 16 against red-hot Knights tender Marc-Andre Fleury.

"We did a lot of good things well, we just needed to continue doing those things when the second period starts," Wild defenseman Ian Cole told NHL.com. "Not for lack of trying, but they saw how the first period went and they adjusted and played a little harder. We need to match that intensity."

A string of Wild penalties, a number of them late in the game, put Vegas on the power play five times. Minnesota was able to kill them all successfully, but it put the club seriously out of synch, and they were unable to find the flow that spelled success in the first period.

"We got away from our game." -Ryan Hartman

The boys will have another chance to tie up the series on Saturday night, with Game 4 scheduled for the Xcel Energy Center. The game will be right here on KARE 11.

RELATED: WILD PLAYOFF PREVIEW: Are the stars aligning for a deep postseason push?