Wild to buy out contracts of Parise, Suter

By paying off the final four years of the hefty contracts GM Bill Guerin makes a clean break from the past, and moves towards the goal of winning a Stanley Cup.

The Minnesota Wild have officially turned a page in franchise history, announcing Tuesday that the hockey club will buy out the final four years of Zach Parise and Ryan Suter's contracts.

Wild General Manager Bill Guerin met with reporters at Xcel Energy Center to talk about the decision to cut ties with two of the most popular players in team history. He described the move as a process that took place over the past six to eight months with lots of meetings and discussions.

"We have to continue to change, we have to evolve," Guerin said simply. "A very difficult decision over lots of time, meetings... lots of things went into this decision."

Guerin said improvement is the bottom line, with the goal of winning a Stanley Cup. He said buying out Suter and Parise will provide an immediate infusion of salary cap money, while giving younger prospects and draft choices within the organization a change to make the big club.

"We have a plan, presented it to Craig (owner Craig Leipold)... he's in support of this," Guerin said.

Parise's status was an elephant in the room for Wild General Manager Bill Guerin after the Minnesota native and NHL veteran had his ice time dramatically cut during the 2020-21 season. Things became even more uncomfortable when Parise was made a healthy scratch during much of the NHL playoffs, and many expected that he would be traded or bought out.

Suter was another matter. While his ice time has dropped in recent years, the Wisconsin native was still part of the Wild's top defensive pair with captain Jared Spurgeon, and is still playing at a fairly high level. The pending buyout of his contract will come as a surprise for many.

"I felt like this was the cleanest way," Guerin insisted. "They both have game left, they can help another team."

Wild beat writer Michael Russo of The Athletic reports that Parise and Suter will officially become free agents July 28. Russo tweeted that the Wild will pay each $6.7 million over the next eight years, while freeing up more than $10 million in salary cap space this year. That money will be extremely timely, as the club attempts to sign skilled forwards Kirill Kaprizov and Kevin Fiala to extended deals. A top line center is also a pressing need.

KARE 11's Dave Schwartz says there is another huge aspect of the buyouts: Both Suter and Parise had No Move Clauses in their contracts, meaning the Wild would have to protect them in the upcoming expansion draft. Now that they are no longer with the club, Minnesota can protect two more players from selection by the Seattle Kraken. 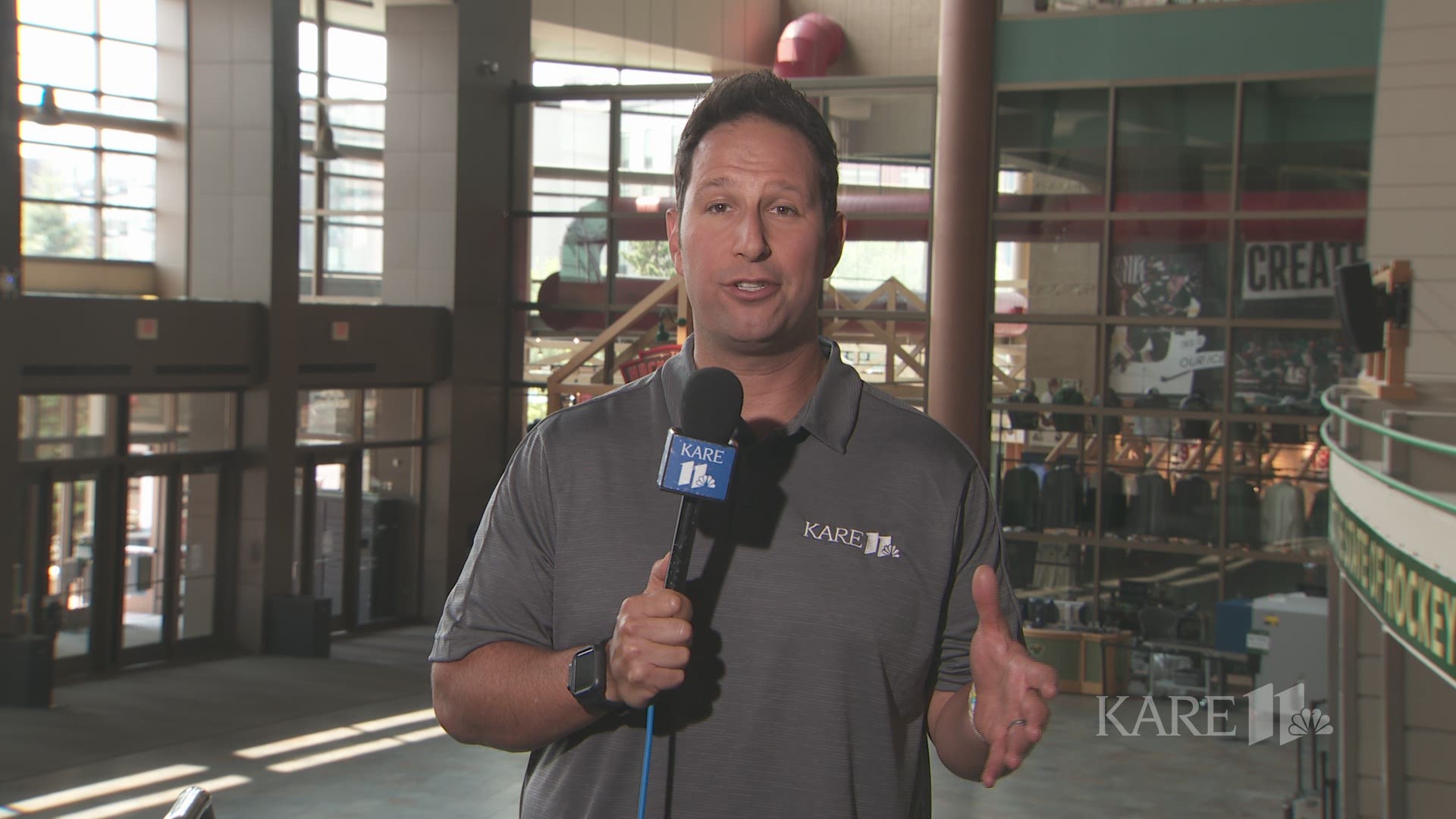 Parise and Suter signed historic 13-year deals with the Wild back in 2012. The signings were heralded as "a great day in the history of the Minnesota Wild" by then-general manager Chuck Fletcher. Both made significant contributions during their time in Minnesota, with Parise notching 400 points (199 goals, 201 assists) in 558 regular season games played, and Suter collecting  369 points from the blueline in 656 games over the same time period. He is the Wild's franchise leader in scoring, assists, power-play assists, plus/minus rating, shots on goal and time on ice among defensemen.

But the size of the deals, totaling $98 million apiece, left the team financially hamstrung when it came to acquiring top-flight talent. Guerin has worked hard to remake the roster, but had little wiggle room when it came to signing free agents and extending the contracts of young stars like Kaprizov, Fiala and Joel Erikkson Ek.

The pending buyouts will help in that department, but Parise and Suter will cost the Wild significant salary cap hits for years to come.