The Minnesota Wild has introduced Paul Fenton has the new general manager. 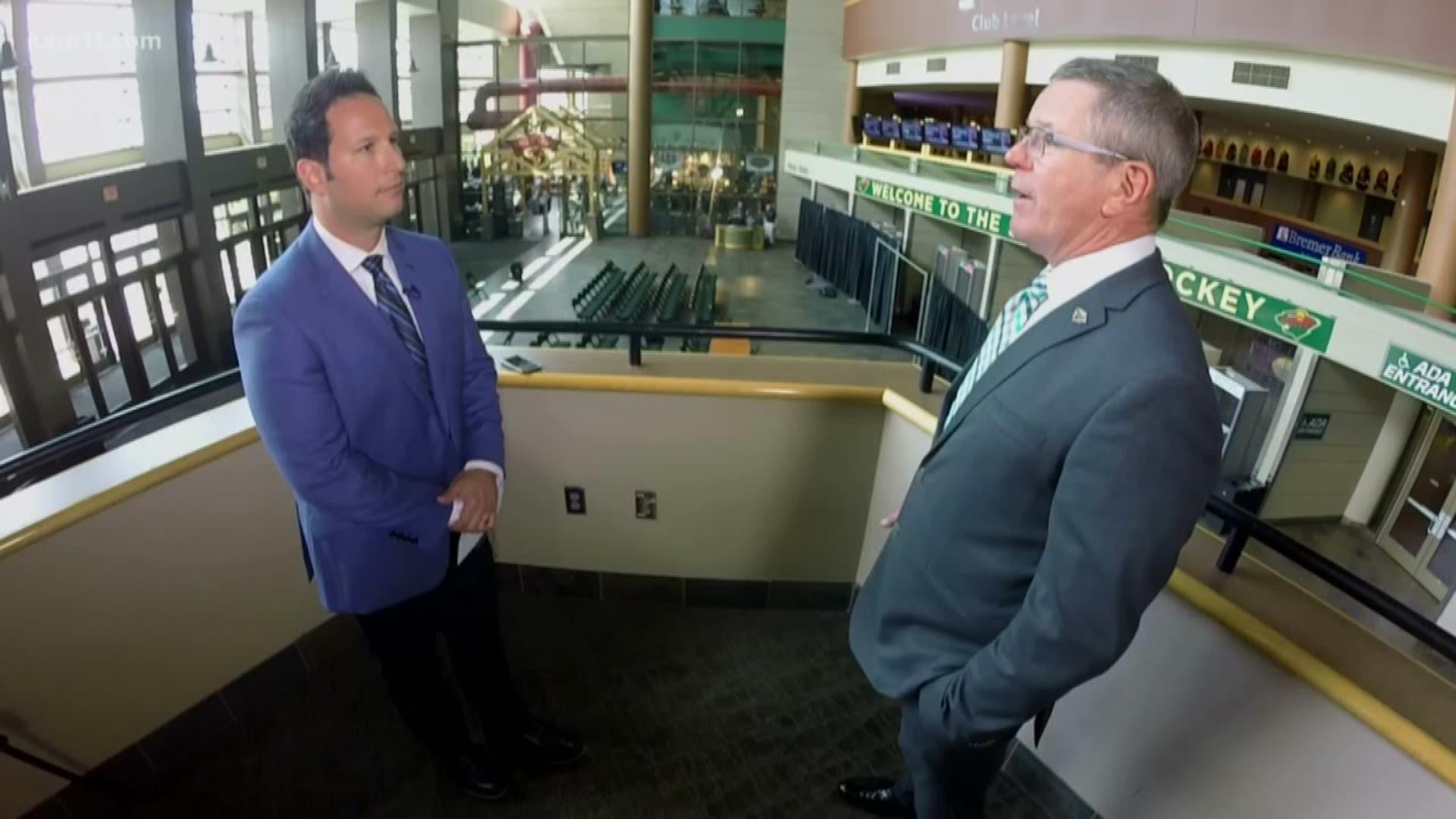 ST. PAUL, Minn. - Paul Fenton has been introduced as general manager of the Minnesota Wild after 20 seasons in the front office with the division rival Nashville Predators.

The Wild had a press conference Tuesday, filling the vacancy created last month when Chuck Fletcher's contract was not renewed. The 58-year-old Fenton spent the last 12 seasons as assistant GM for the Predators. He helped David Poile, the winningest general manager in NHL history, shape the roster that reached the Stanley Cup Final last year and won the Presidents' Trophy with the best regular season record for 2017-18.

Wild owner Craig Leipold, who once controlled the Predators, interviewed Fenton for the position nine years ago before hiring Fletcher. The Wild have made the playoffs six straight times but won only two series during the streak.

"I've been waiting for this moment for awhile and I'm thrilled to be here in the State of Hockey," Fenton said in his opening remarks. "I'm here to work and put a stamp on this thing. This team is very good. To come here to a team that has been to the playoffs six times -- I'm looking forward to putting some finishing touches on this to help us win."