According to a post on Facebook, Dumba pulled over to assist a man whose car stalled in the middle of the road. 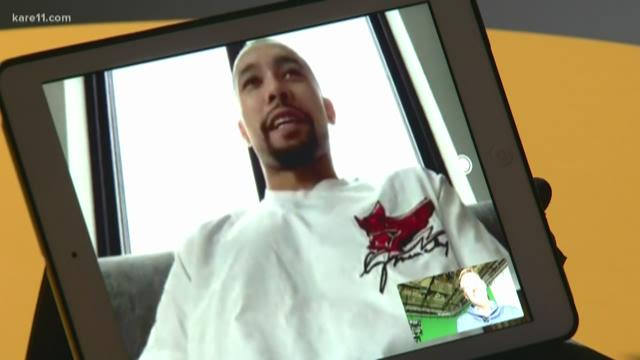 ST PAUL, Minn. — Not long after a heartbreaking loss to the Florida Panthers on Monday night, Minnesota Wild defenseman Matt Dumba delivered perhaps the play of the day.

According to a post on Facebook, Dumba pulled over to assist a man whose car stalled in the middle of the road near the Xcel Energy Center.

Nicholas Swanson stopped to provide further assistance when he was quick to identify who the Good Samaritan was.

"As I was walking up to the car, I immediately recognized the guy that had stopped to help as Matt Dumba from the Minnesota Wild," said Swanson in his post, which was accompanied with photos with the star player. "I eventually learned that Mr. Dumba had already gone to the gas station and got a gas tank with some gas for the gentlemen so he could get his car started."

According to the post, the man was traveling with his wife and granddaughter when the vehicle stalled.

"I saw people who needed some help, I didn't have anything going on the rest of the night, so it was kind of the least I could do," said Dumba.

Dumba said when he arrived on scene, the man was planning to walk to a nearby gas station for fuel. Instead, the 25-year-old blueliner offered a ride.

"He hopped in and we talked a little bit," Dumba said. "He's from the St. Paul area and he was just dropping off his granddaughter at his daughter's house.

"It was pretty cold out (Monday) night, too, so I didn't want them waiting there too long."

Dumba was fresh off a 5-4 loss Monday night where the Panthers scored with less than six seconds to hand the Wild the loss.

"After grinding 20+ minutes on the ice and with all of the preparation and hard work it takes to play in the NHL, it would’ve been easy for Mr. Dumba to drive by just like the other people did," Swanson's post read. "Instead, he went out of his way to help these individuals that he didn’t know so they could be warm and make it to where they needed to go."

RELATED: 2021 Winter Classic coming to the state of hockey

RELATED: Young fan gets Wild surprise for his birthday