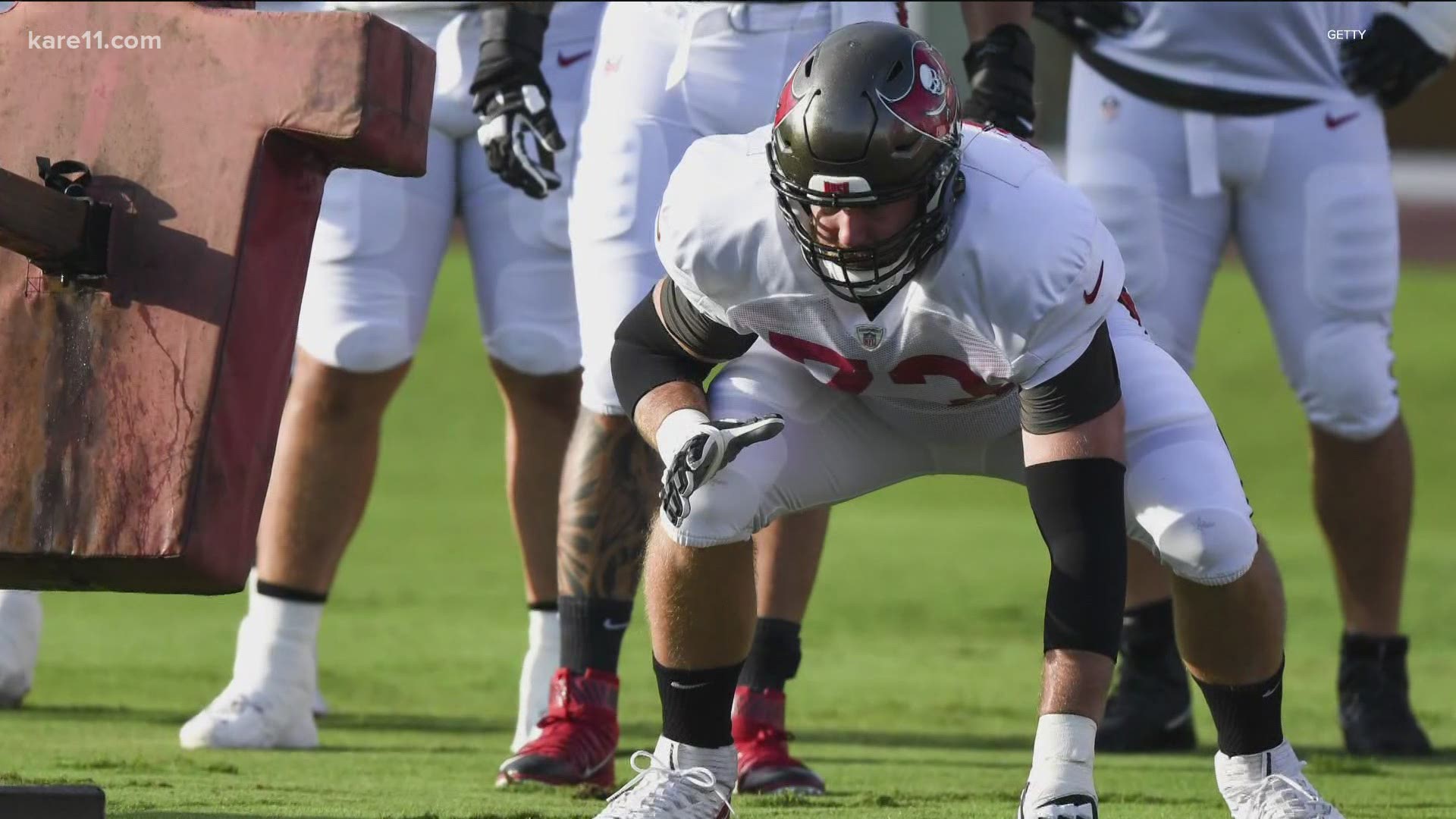 NISSWA, Minn. — If you're a Minnesotan who can't decide who to cheer for during the Super Bowl, might I suggest loving on Tampa Bay Buccaneers offensive tackle and Nisswa native Joe Haeg?

Because that's what Nisswa elementary school has been doing all week.

To commemorate Joe's playing in the Super Bowl this coming Sunday, and also to kick off the first week of in-person classes for the entire school, Joe Haeg week commenced with tons of activities.

Kids got to play different games, and to show off their football kicking skills in gym.

"The kids have loved it, we have eaten his favorite elementary meal, which is Italian dunkers," Raske said. "We have learned little tidbits about him. He is really smart, really witty and kind, and everything that we want our students to be."

Although it's been a little more than a while since Haeg was in elementary school, his mother Janet still works there.

Janet connected with us over Zoom from Florida, where she is to watch the big game on Sunday. She said she's taking things in slowly.

"I don't know if it has all sunk in," she said. "All of this brings back all the memories of when they were little. They were younger and you think of them playing football outside with his buddies in the yard. I'm just really proud of him for believing in himself."

Janet said Joe was someone who just worked hard for his goals.

"During one of the national championship games, I think it's the first time O heard one of the media guys from Fargo talking about the possibility of him playing in the NFL," Janet recalled. "Which kind of caught me off guard because you just-- you don't think that for your child. But he did, he started to see that for himself, draft day came, that was beyond exciting to see him fulfill his dream. It's been  a really fun time for his family, and a proud journey that he took. Nothing was given to him he had to work extra hard."

And that's one of the many qualities Principal Molly Raske wants to highlight from this Nisswa Elementary school grad.

"When we have great role models that grow up to be great people, our student get to see that they're going to do that too and that's important," she said.

Without the Minnesota Vikings to cheer for in the Super Bowl...Raske said she'd still rather cheer for Minnesota's own.

"It's great when he's such a great man," she said. "We want everyone to feel good and succeed, and so if it's not our Vikings, we want it to be one of us. So go big Joe!"

Regardless of what happens this weekend, Janet said she's feeling loved by her community in Nisswa.

"I want to thank the Brainerd Lakes community for all their support, all of this journey so much more special than it is," she said. "I can't thank them enough. I feel so fortunate to work where I work, to live in the community I live in."