Bacon has come close to quitting diving many times in her career, but now she's aiming for Tokyo. 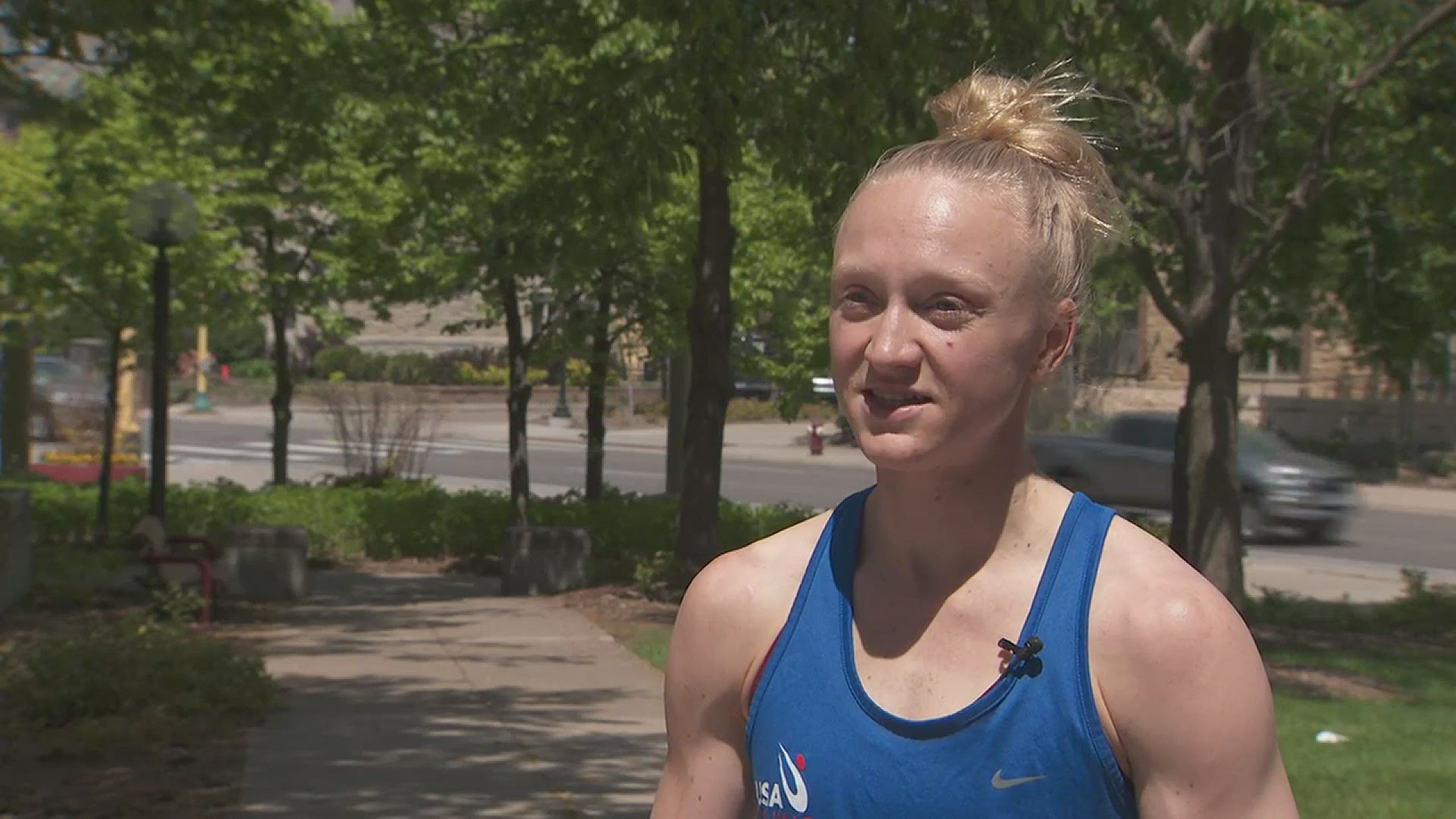 If anyone is well versed in adversity, it’s Gopher Diver Sarah Bacon

"I actually fractured my back about a month before those Olympic Trials," says Gopher Diver Sarah Bacon.

But that was her 4th time dealing with the same injury.

"There’s been multiple times where I am like ‘I am done with this sport, I want to quit."

Like the sport itself. Every time Bacon is down, she springs right back up.

"I take adversity and I shove it in it’s face," says Bacon. "Even with my injuries Doctors have been like you might not come back as strong as before from this shoulder injury and I am like, well I am gonna prove you wrong."

So when the pandemic shut the world down for nearly a year. Sarah Bacon didn’t flinch

"We've been injured so many times and had to sit our 6 months COVID came around and we’re like we are so used to this."

Since getting back to competing after the pandemic Bacon has been cooking, pun intended. She won 2 NCAA titles, took silver in the 3 meter springboard at the FINA World cup and with synchro partner Cassidy Cook, they took 5th at the Synchro World Cup. Securing the US’s spot in the Tokyo games.

"For me I think I got stronger and better over that year," Bacon says.

“"She is very competitive. She doesn't want to lose," says Chen, her head coach at the University of Minnesota. "That's why she won 2 NCAA and in the World Cup got 2nd place."

It’s no leap to say Sarah Bacon has a better than good shot to make the US Olympic team. And while the thought of that doesn’t consume here… She’s been looking forward to this chance since the very first time her feet left the board.

"I have dreamed about making the Olympic team since I was 8 years old. Really since I started diving," says Bacon. "I mean I have no words to describe that."