McCallum handles obstacles with grace on her way to the Olympics

The Isanti native had hand surgery six months before the Olympic trials. 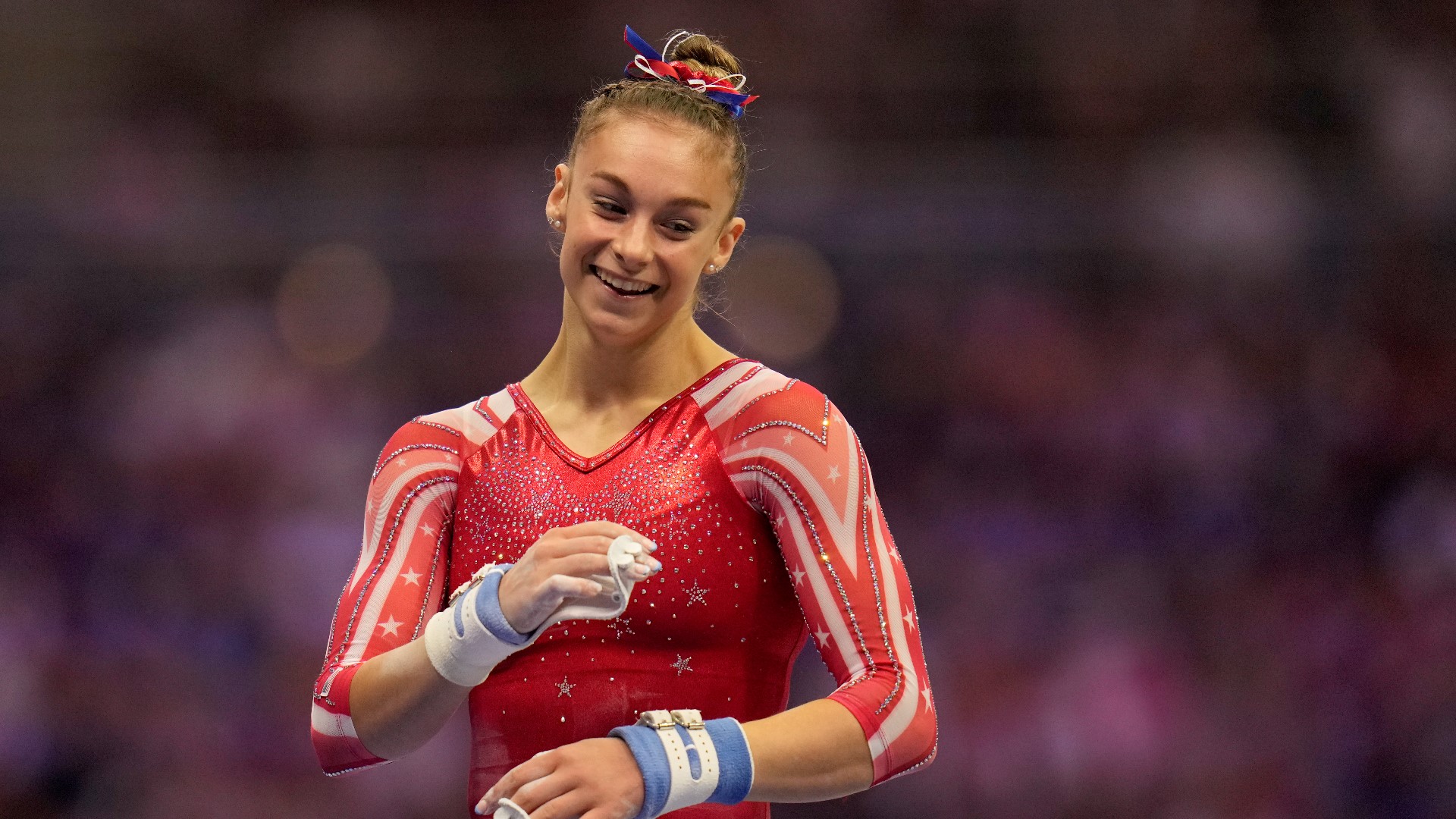 MINNEAPOLIS — Grace McCallum sat in the locker room at the U.S. Olympic Trials waiting to hear her name called.

"I just felt sick to my stomach," she recalled.

She’d made a great case to the judges that she belonged on the U.S. Olympic Gymnastics team.

"I was like in the next couple of minutes I will know if my dreams come true or my dreams are shattered."

And she’d convinced herself that she deserved her spot.

"She had talked about it from the last month. It wasn’t like, ‘If I make the Olympics,'" said her Coach Sarah Jantzi. "It was like, 'Oh what kind of bags do you think we’ll get when we go to Tokyo?'"

If that mindset sounds mature for an 18-year-old, and current 2020 Olympic Gymnast, it’s because Grace McCallum has been battle-tested.

At the end of January, just six months before the Olympic trials, Grace sustained a boxer's fracture in her hand on the balance beam that required surgery and a plate to be put in her hand.

"I kind of thought my Olympic dreams went down the drain right then," she said.

But they did not. McCallum, a tireless worker, continued to press on rehabbing, practicing what she could.

"She came in every day, she was on that treadmill running, on that bike pushing it," said Jantzi.

Around May Jantzi could see that Grace was, quite miraculously, returning to form. "You could see her quickness start to come back."

But that was when she noticed another small but important change.

"She grew again when she broke her hand!"

McCallum, who stands at 5-foot-3, would now be the tallest gymnast on Team USA.

"All the other girls average about 5' 1" so I just look like a giant," McCallum said with laughter. "But tall is beautiful."

So is the way she's handled the situation, believing her differences can be to her advantage. Like on the floor, where her extra length gets her to top speed quickly. And at this point in her life, there really isn’t much that can throw her off.

"No," McCallum said. "You just have to keep staying the course."

Which brings us back to that locker room.

"I kind of was like 'I think she's got it.'" Jantzi remembers.

Nerve wracking for Grace, but equally tough for her head coach. Jantzi sat in the same room five years earlier with Maggie Nichols, who didn’t get to hear her name called. But on this day, after all they’d been through, hearing "Grace" was simply amazing.

"I feel extremely blessed," Jantzi said with a tear in her eye. "It doesn’t come around that often."

Neither does the chance for two first-timers to experience their dreams coming true, persevering through whatever life throws their way.

"I think every little kid's dream is to go to the Olympics."

RELATED: Meet the Minnesota athletes going for gold at the Tokyo Olympics