Phelps is gone, but plenty of star power at Olympic pool

Even without Phelps, there will be plenty of star power on display at the $515 million, 15,000-seat Tokyo Aquatics Centre. 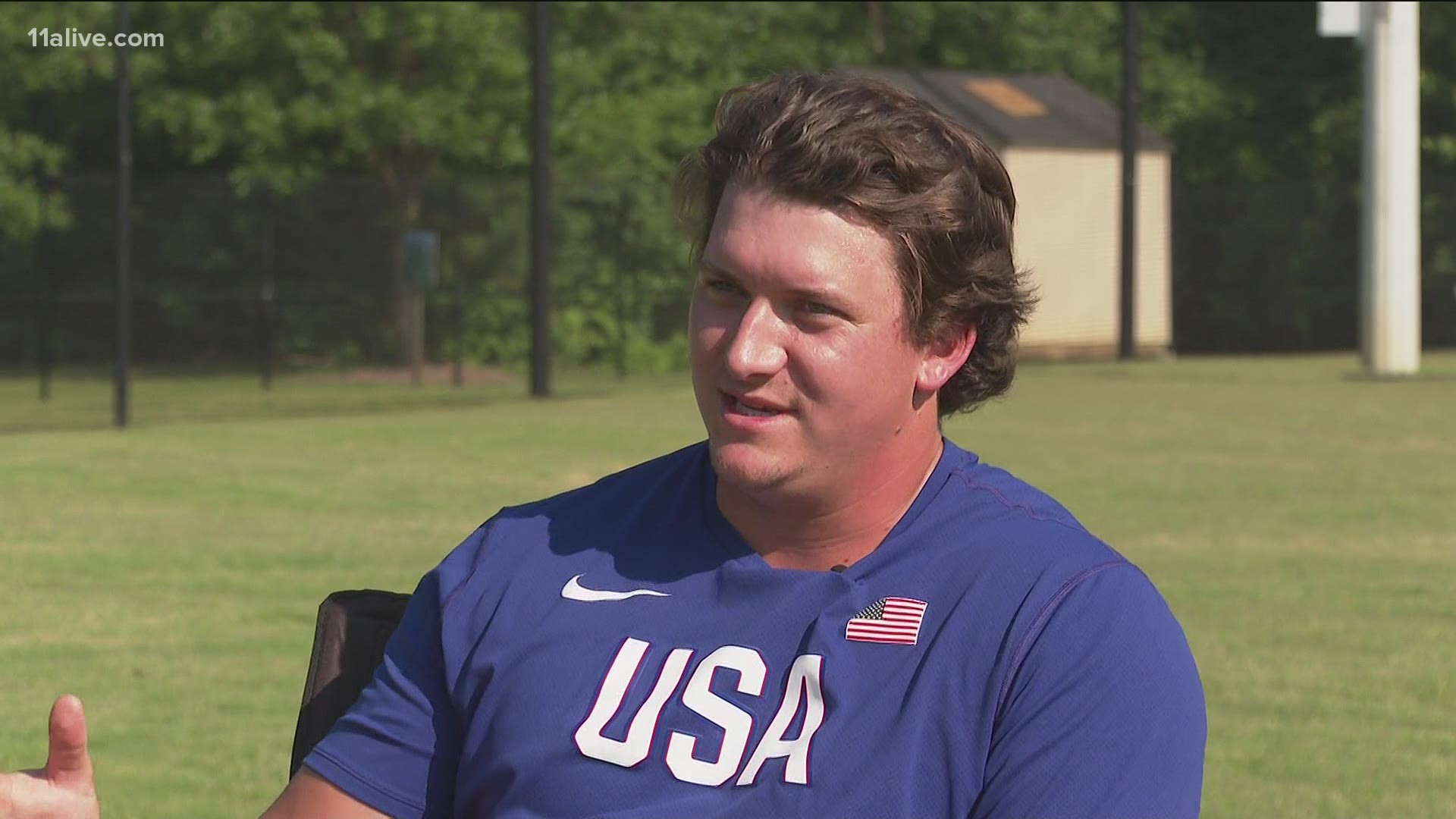 Michael Phelps loomed over the pool at the past four Summer Olympics, a figure so transcendent it was hard for anyone else to get their proper due.

He's retired now, leaving a giant void in his wake.

Even without Phelps, plenty of star power will be on display at the $515 million, 15,000-seat Tokyo Aquatics Centre.

From Caeleb Dressel to Katie Ledecky, from Adam Peaty to Ariarne Titmus, from Katinka Hosszu to home-country favorite Daiya Seto, myriad swimmers are capable of playing a leading role in the post-Phelps era.

"Obviously, losing Michael was huge for this team, but we haven't had him since 2016," said American breaststroke star Lilly King. "We always do great, so I don't know why we would think it wasn't going to be great just because Michael's not there."

King stirred up the already heated rivalry with the Australians by making a bold prediction for the U.S. women.

"I think the women, if we have the meet we can have, can win every single individual gold," she said. "That would be pretty cool, right?"

Not so cool for the Aussies, who are eager to shine after failing to capture an individual women's gold at the 2016 Rio Games.

They turned in some brilliant performances at their country's Olympic trials, led by Kaylee McKeown setting a world record in the 100-meter backstroke.

But really keep an eye on Titmus, a 20-year-old known as "The Terminator." She made it clear she plans to challenge Ledecky's dominance in the freestyle with the second-fastest times ever in both the 200 and 400 freestyles.

"She's not going to have it all her own way," Titmus told Australian media. "I can't control what she does. If I do the best I can and put myself in the position to win a gold medal, it's going to be a tough race."

Ledecky qualified to swim four individual freestyle races at the Olympics — ranging from 200 to 1,500 meters — but her times at the U.S. trials were a bit underwhelming.

"I have big goals for myself, and those goals are the ones that matter," said Ledecky, who won four golds and a silver at the last Olympics. "I stay focused on those, and I don't let any outside kind of expectations enter my mind."

Things to watch for at the pool during the pandemic-delayed Tokyo Games:

The 24-year-old Floridian has emerged as the world's best male swimmer since Phelps retired.

Dressel really broke out at the 2017 world championships in Budapest, where he won seven gold medals. He followed up with six golds and two silvers at the 2019 worlds in South Korea, joining Phelps as the only swimmers to win eight medals at a major international meet.

Dressel qualified in three individual events, the 50 and 100 freestyle as well as the 100 butterfly, and he might get a chance to swim on four relays. If he won them all, he would come up just shy of Phelps' iconic record of eight gold medals at the 2008 Beijing Olympics.

Despite his staggering accomplishments, Dressel doesn't see himself as a one-man team, and he's quick to point out that Phelps always got plenty of help from his American teammates.

"I don't think that falls on my shoulders alone," Dressel said. "Michael was one guy within USA Swimming, but he wasn't USA Swimming, I think that's what makes USA Swimming so strong is the team and as a collective whole."

There are no sure things at the Olympics, but it's hard to see anyone beating Britain's Adam Peaty.

He's held the men's world record in the 100 breaststroke since 2015, becoming the first swimmer to break both 58 and 57 seconds. He's the reigning three-time world champion and defending gold medalist from the Rio Games.

The biggest question is not whether Peaty can win another individual gold, but can he lead Britain to an upset of the American men in the 4x100 medley relay?

The U.S. has never lost the event since it was added to the Olympic program in 1960, but a Peaty-led foursome knocked off the Americans at the last world championships.

It's not unusual for the Olympic host to get a boost in its performance, and the Japanese team certainly has plenty of medal contenders.

Daiya Seto swept the men's individual medley races at the last world championships (while also capturing a silver in the 200 butterfly), setting himself up as his country's top contender heading into Tokyo.

Seto also has something to prove after being suspended last year because of an extramarital affair, which also led to him resigning as captain of the national team and cutting ties with a major sponsor.

"I would like to seriously face swimming with determination to start over so that I can regain the trust of my family who have been deeply hurt by my irresponsible behavior and be recognized as a swimmer by both my family and everyone," Seto said.

The hefty Olympic program will grow even larger with three new events in Tokyo.

Ledecky is most excited about the women finally getting a chance to swim the 1,500 freestyle — the so-called metric mile and a mainstay on the men's program since the 1908 Games.

"We're making history," said Ledecky, a big favorite to win gold in the 30-lap race. "I've always enjoyed the distance training and the work it takes to put together a good mile. It takes a lot of mental strength and toughness and strategy."

The men will be competing in the 800 free for the first time since 1904, but the most entertaining new event is likely to be the 4x100 mixed medley relay.

Each team must use two men and two women, but there's no restriction on who gets picked to swim each stroke. That leads to plenty of strategy and an often chaotic race — the only one where men and women can wind up racing each other.

For the first time, a swimming event will feature its last three Olympic champions.

Even with all that star power, Titmus is the favorite after her dazzling performance at the Australian trials.

It could be a changing of the guard with the 32-year-old Pellegrini competing in her fifth and final Olympics alongside Schmitt, an eight-time medalist who overcame struggles with depression to earn a spot on her fourth Olympic team at age 31.