Steveson is back with a new persona, but the same dominating results 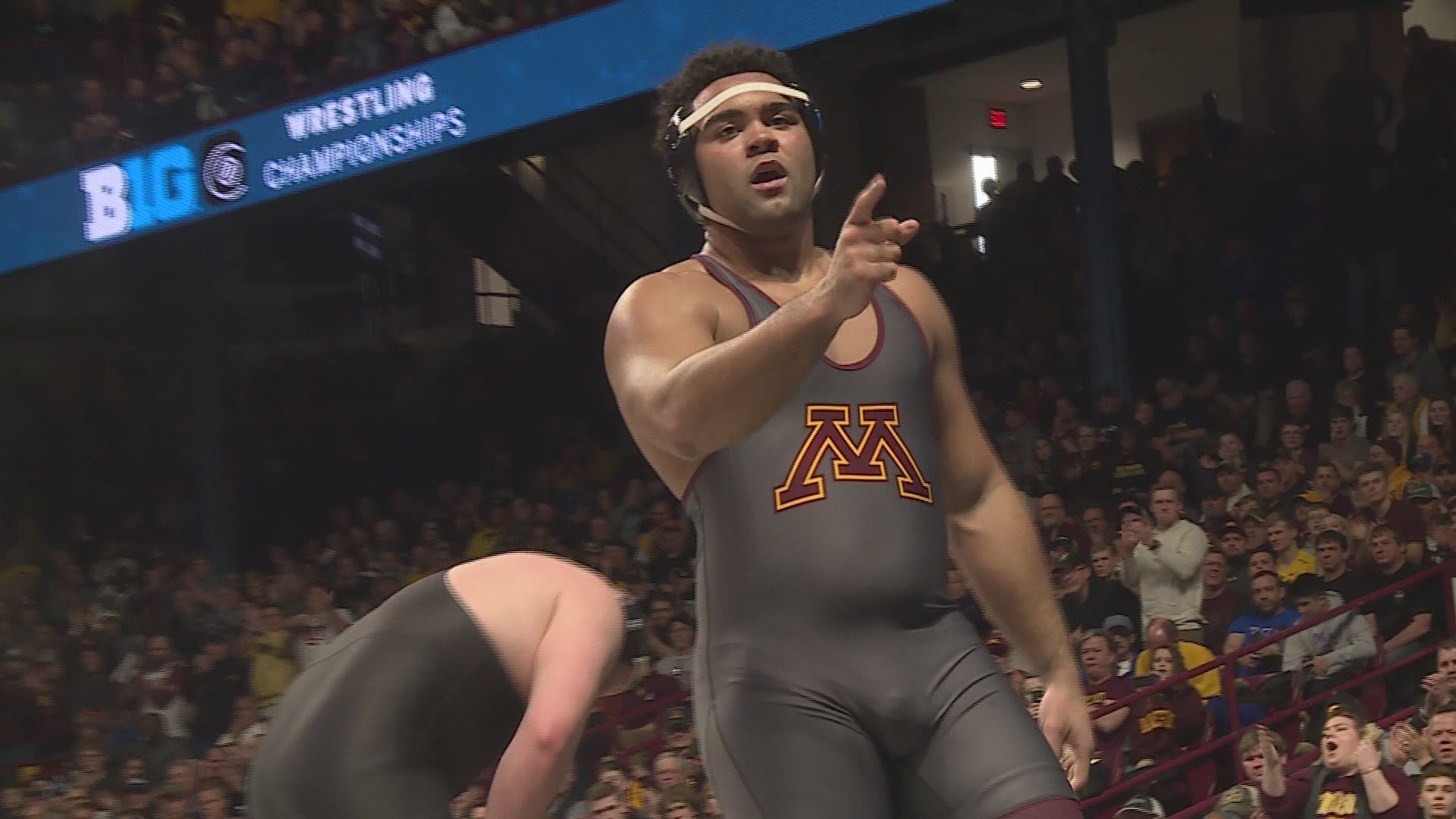 A lot of people have used the pandemic as a time for change.

“I had to mature in the right ways. I just wanted to change my whole style and my personality while being who I am,” reflected Gopher wrestling heavyweight Gable Steveson.

Gone is the long hair, boisterous attitude, and bad boy persona. A suggestion that came in part to a relationship with former Gopher and WWE wrestler Brock Lesnar.

“I sat down with some good people and they were like ‘the amount of people that are actually tuned into you and look at what you do everyday is outrageous,” says Steveson. “I just flipped the switch in my head. I just need to be as clean as I can be.”

While some of his in ring antics are toned down, his performance is anything but. Gable is off to a 4-0 start to the year, has the highest win percentage in school history and, in December, defeated the nation's top-ranked heavyweight and U.S. Olympic Trials top seed Nick Gwiazdowski at 2020 RTC Cup.

“About a year and a half ago he did beat me in a two out of three series,” Steveson recalls. “Me taking him out a few months ago was a huge step.”

Which would likely lead him to his other career goal – a spot in the WWE. And he’s already got goals for that too

“The champ, the champ,” Steveson says with a smile.

It's a goal that shouldn’t surprise anyone who has watched him wrestle. Because while Gable Steveson may have a new persona on the mat, he’s never stopped pinning people too it.