The pair of NBA prospects is training in Minnesota right now with Tre's brother, Jadee. 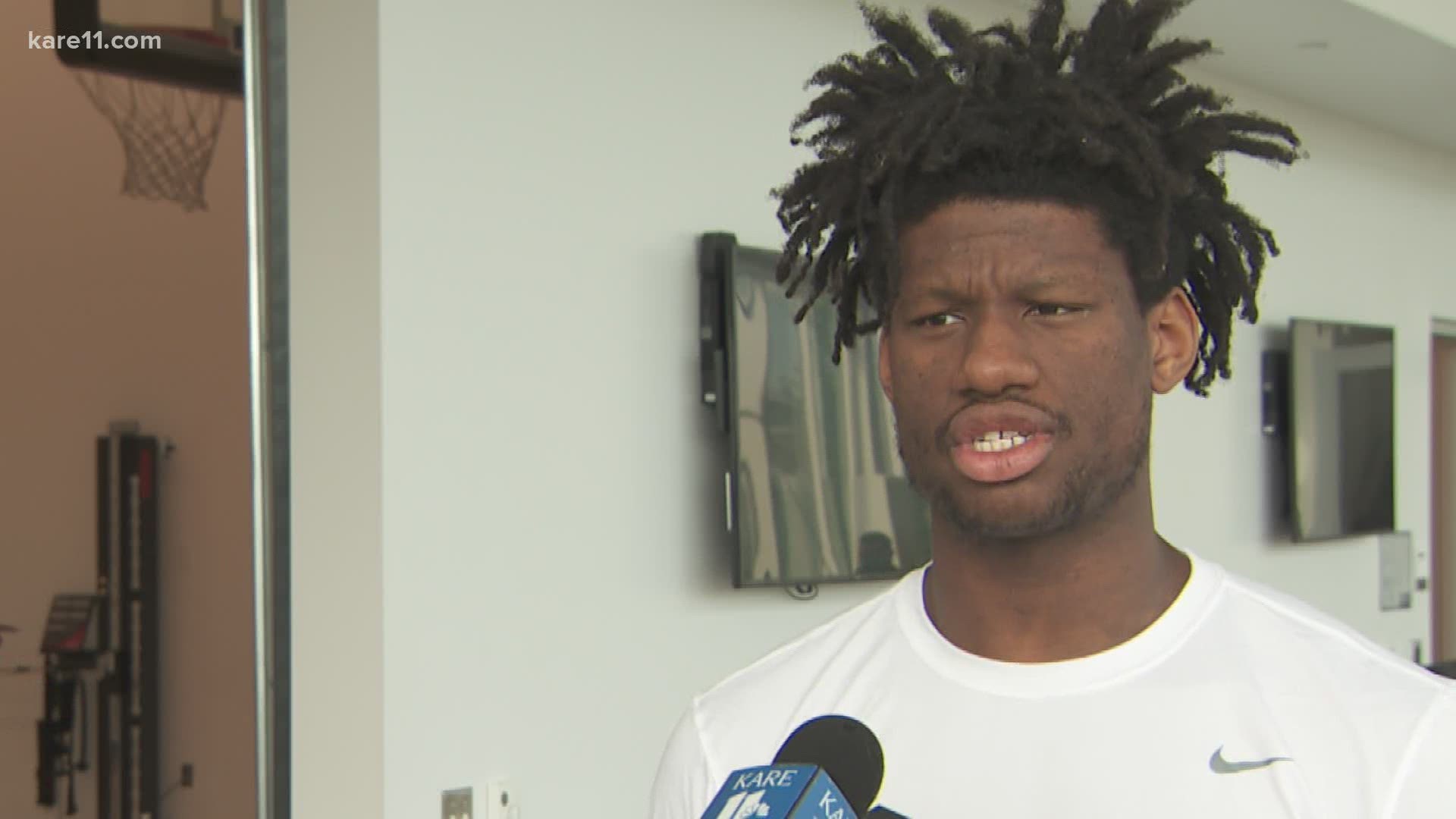 EAGAN, Minn. — Daniel Oturu and Tre Jones are the next basketball stars from Minnesota to put the state on the map, a reputation that Jones said wasn't easy to build for his home state.

"I know for the kids I grew up playing basketball with, we had a lot more exposure than the ones before us. Just being able to get exposed to that at an earlier state, I think, helps us," Jones said.

Jones and Oturu have trained together in the Twins Cities for the past few months, ever since the COVID-19 pandemic changed sports on a global scale.

"We've been kind of stuck here," Jones said. But that comes with a caveat, Jones' brother, Jadee, has worked as the pair's trainer in those months, getting them ready for the NBA Draft Combine.

Wednesday morning, the three of them gathered at TCO's Training HAUS facility in Eagan for a workout.

"I feel like a lot of the stuff we're learning right now [is the same for us] because it's with Jadee, but right now it's just about pushing each other and bringing out our competitiveness," Jones said.

"Trey Jones was one of the best point guards in the entire country last year ... just being able to compete against him every day is a blessing because he brings out the competitiveness in me," Oturu said.

Oturu said he expects to be a lottery pick in the NBA Draft. The two will train together in Santa Barbara, California in preparation for October's draft.

"There will be way less distractions out there," Jones said.

RELATED: Bubba Wallace responds after FBI says noose found in stall there as early as Oct. 2019

RELATED: Baseball is back! MLB says players will report to camps July 1