Gordon Wormley appeared to have just scraped his forehead after rolling off his sled, but a bump on the back of his head turned out to be much more serious. 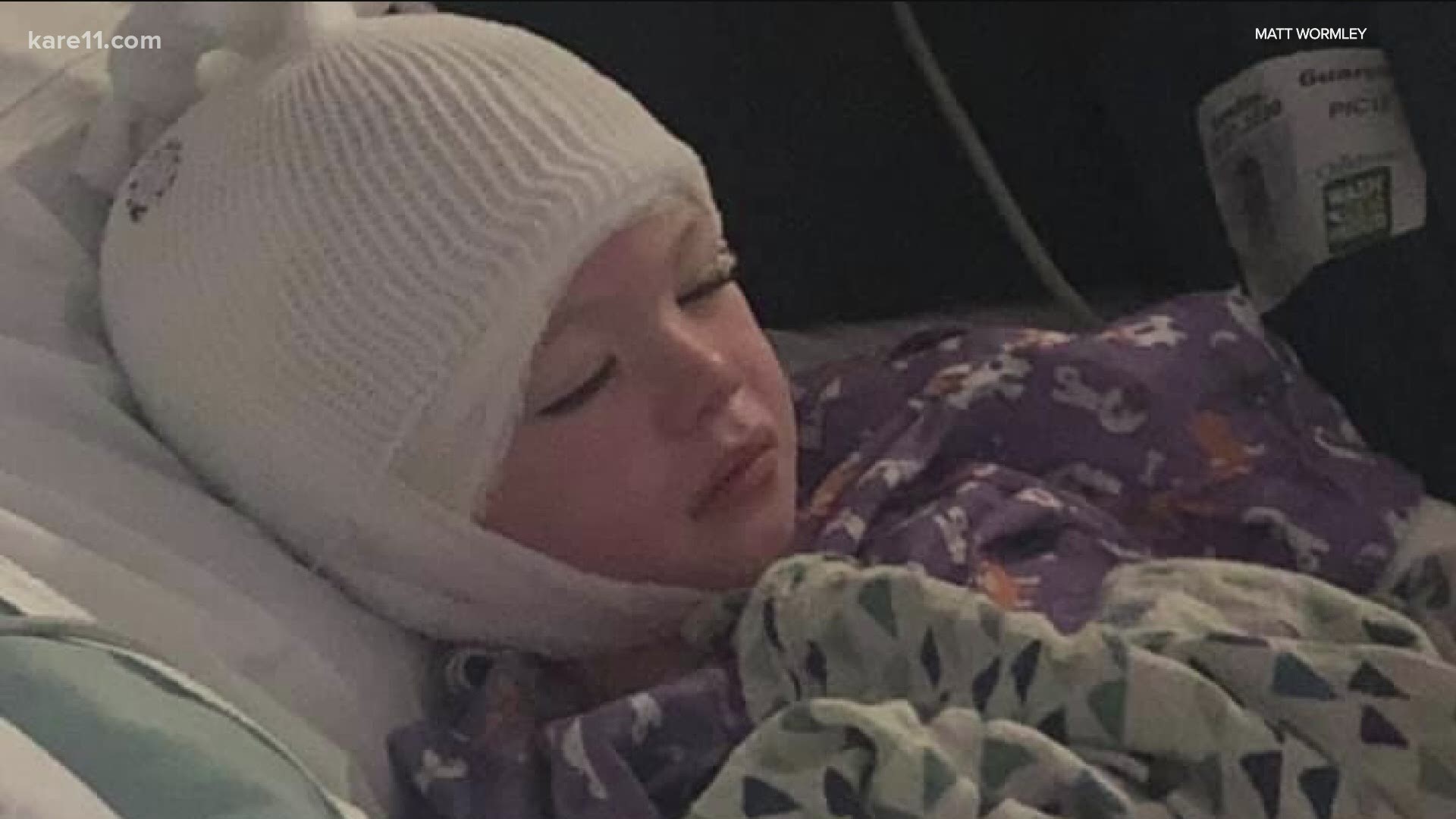 HASTINGS, Minn — Like many Minnesota families after the pre-Christmas snow, the Wormleys of Hastings went sledding on their favorite local hill.

Their three-and-a-half-year-old son Gordon was excited to go down by himself, until he took a little spill at the bottom on his second ride.

"He just kind of rolled off the sled on a very open area without trees," his mom Kelsey Wormley said.

Gordon scraped his forehead so they took him home.

But the Wormleys didn't know about the goose egg on the back of his head. And they did not know until later just how serious it was.

"He sat up to ask me a question and he was not making any sense. His speech was slurred. He was stuttering. And he was visibly upset that I could not understand him. So he was not aware at all that he wasn't making sense," Kelsey said.

A CT scan at the hospital revealed a skull fracture the size of a half-dollar on the back of his head, and Gordon was rushed by ambulance to Children's Hospital in Minneapolis.

"It was terrifying. That's the best way I can explain it," Kelsey said.

One of the scariest parts was how Gordon's spill at the bottom of the hill didn't look anywhere near as serious as it really was.

"We learned that at 3 years old, their skull is as thick as 10 sheets of paper. So the importance of wearing a helmet in all activities is so great," said Gordon's father Matt Wormley.

The Wormleys describe themselves as normally over-protective, making their kids wear helmets for lots of activities. And now they are encouraging other parents to consider helmets for sledding, too.

"Because it really would have been very preventable if he'd been wearing a helmet," Matt said.

After surgery to lift a portion of his skull, they're thankful to have Gordon back home recovering.