According to the Woodbury Public Safety Department, the bear has been spotted primarily around the Evergreen neighborhood. 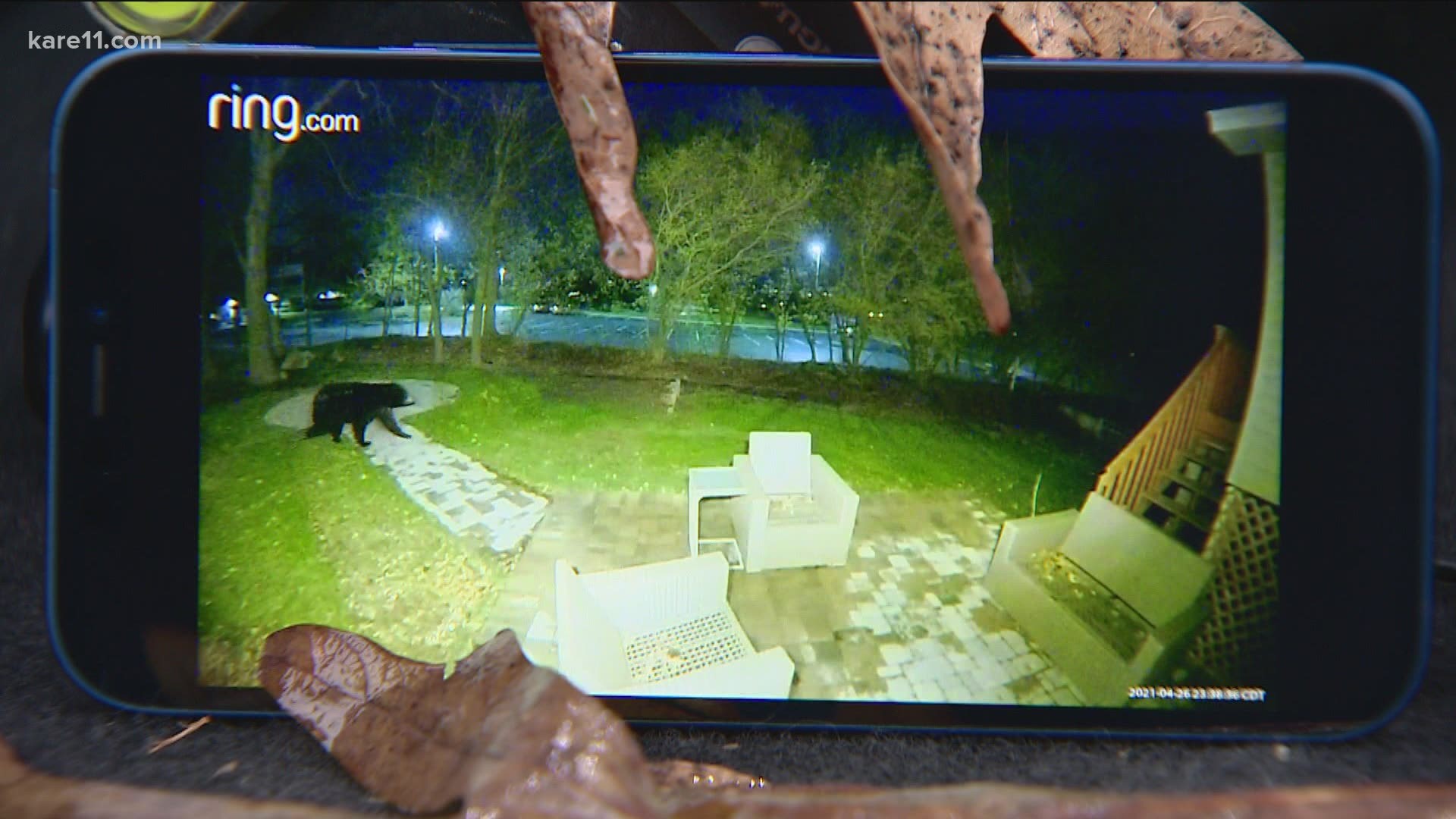 According to the Woodbury Public Safety Department, the bear has been spotted primarily around the Evergreen neighborhood, and has been attracted to bird and deer feeders in residents' yards. City officials say there is currently a ban on deer feeders throughout Washington County, and are urging people to remove their bird feeders, especially at night, until the bear leaves the area.

Paul Lohmann, who lives in the Evergreen neighborhood near a swampy nature preserve, said he observed evidence of the bear in the form of his damaged birdfeeder.

"It was bent... completely pulled over," Lohmann said. "I wonder if he'll hang around most of the summer. I don't know. I don't know anything about bears."

Lohmann's neighbor, Bill Reuber, actually saw the bear with his own two eyes after a rattling noise woke him up in the middle of the night.

"And that's when I figured he was about, at least six feet tall, maybe seven, and that's without his hands stretched," Reuber said. "I don't think he got the message: He had no mask on, and I don't think he understands social distancing!"

The bear, which has been seen as far east as Interlachen Parkway and as far west as Bielenberg Drive, has not shown any signs of aggression, therefore, the Minnesota Department of Natural Resources won't trap and remove the animal, officials say.

Anyone who sees the bear in the area is asked to report it to the DNR, or call a local Wildlife Manager or Conservation Officer if immediate assistance is required.

You can also check out the special Living with Bears page on the DNR website for more on avoiding bear conflicts.

RELATED: Goat roaming around the streets of South St. Paul