One Minnesota man is attempting to break the Guinness world record for visiting each of the lower 48 states by bicycle. 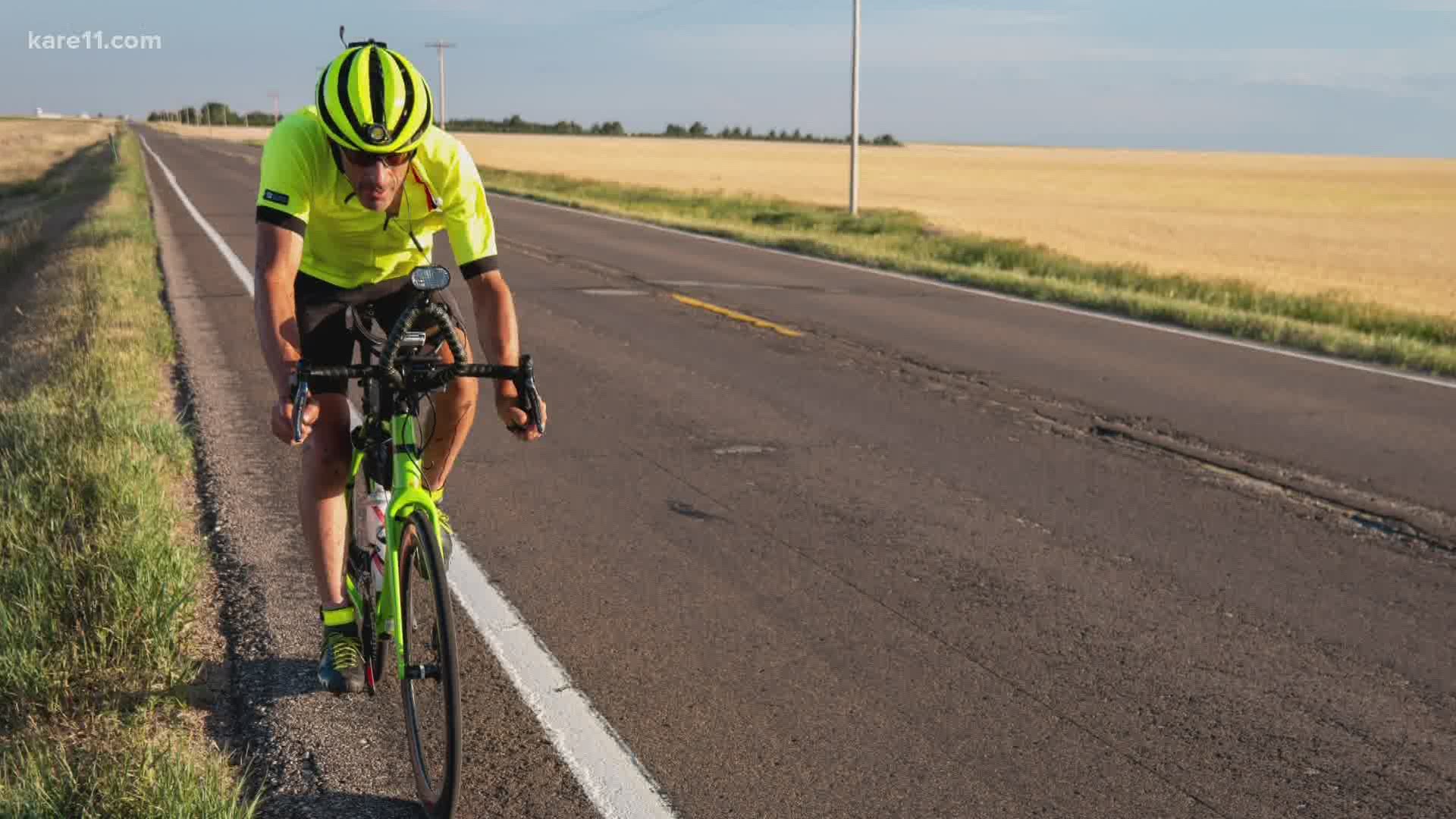 "Typically people are more fulfilled if they are doing things that are helping others or helping their world improve," says Morical.

That’s what got him here in the first place. To California, Idaho, New Mexico and so on.

"I wish everyone had the opportunity that I do to see the whole country," Morical says

Keith, who lives in Minneapolis and works in the human resources field is attempting to physically get his bike into each of the lower 48 states faster than any other human has; in under 43 days.

"I really want to inspire people to take a look at their own lives and see if they're living on purpose," Morical told me via Zoom, while at a stop on his trip. "We all are some level, but we all could do so on a greater level.

At 60 years old he is new to Ultra cycling. After taking second in the Trans America a few years ago – he set a new goal to break the record and practice what he’s preached.

"If I am gonna push my self;  if I am gonna ask other people to set higher goals, I gotta do the same thing."

And push he does. Sometimes to delirium. He does about 220 miles per day. Which is a lot of time to think.

"The other thing I think about is what I am going to eat next," Morical says through laughter. "I’m burning to six , eight ,or nine and a half thousand calories a day."

Keith has family traveling with him and a documentary crew is following his progress and collecting witnesses in every state. And though the background changes. Keith says, by and large, people don’t.

"It doesn’t take much to know there are some issues in the country with the political divide and so forth," says Morical. "And yet you talk to any individual and by and large most of the time they are really friendly there really nice and the care so much about so many of the same things."

Because of that, Keith hasn’t given up on himself or on people, whom he’s never met.

"There are a lot of people that say boy that is inspiring and the takeaway is that, OK if it’s inspiring then inspire yourself to set a goal," says Morical "Just one. Just start small that will push you to more than what you're doing right now. Maybe it’s more caring, maybe its more expertise, maybe it’s more whatever just do something that is so much you better."