The Crow Wing County Sheriff's Office says a resident called 9-1-1 around 5:15 p.m. Saturday to report hearing someone yelling for help. 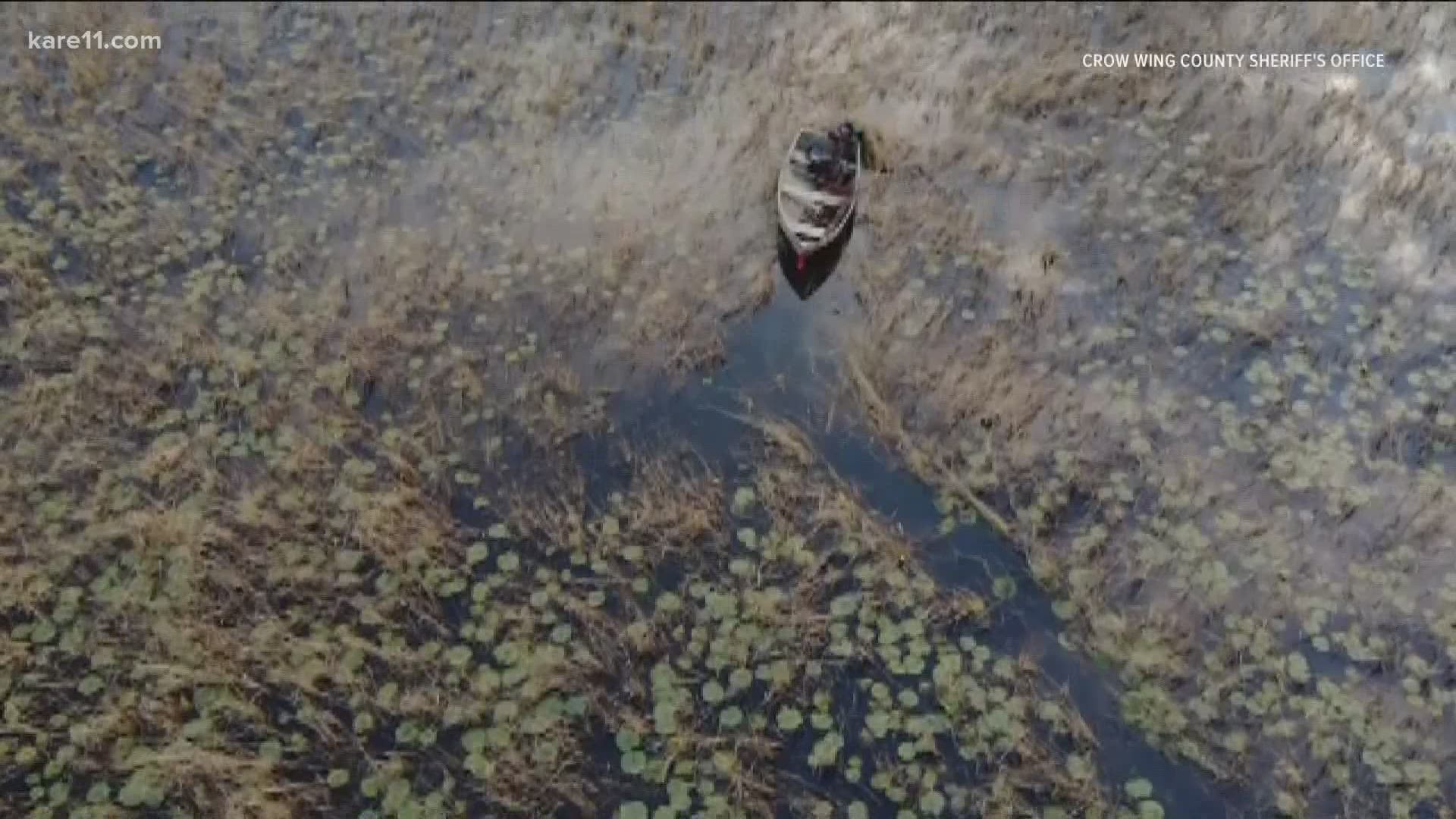 BRAINERD, Minn. — A duck hunter is recovering Monday after a harrowing incident over the weekend that landed him in a frigid swamp for several hours.

The Crow Wing County Sheriff's Office says a resident called 9-1-1 around 5:15 p.m. Saturday to report hearing someone yelling for help in or around the Hesitation Wildlife Management Area (WMA). The wildlife area is located in Bay Lake Township, and encompasses much of Rice Lake, a shallow and swampy body of water with limited access.

Deputies responded and were able to hear a man yelling for help, although they weren't immediately able to locate him due to bulrushes and rough terrain. A drone was put up in the air, and authorities soon spotted a hunter in the water, clinging to the back of his boat.

Conservation officers from the Minnesota Department of Natural Resources (DNR) arrived and launched a flat bottom mud boat that enabled them to reach the hunter. He was pulled from the frigid water and checked out by waiting paramedics. Deputies say the 60-year-old man from rural Brainerd was very cold, but conscious and able to communicate.

Sheriff Scott Godard went out of his way Monday to thank the residents who heard the hunter calling for help and notified authorities, as well as a landowner who allowed authorities to access the swamp and helped launch the DNR with his skid steer. The sheriff says without these people, the incident may have had a different, less positive outcome.

OTHER NEWS: Three die in crash after fleeing police in suspected stolen vehicle

OTHER NEWS: Woman killed in ATV crash in southern Minnesota