The collaborative effort between the Hennepin County Sheriff's Office and Abbey's Hope aims to promote the use of floatation devices while swimming. 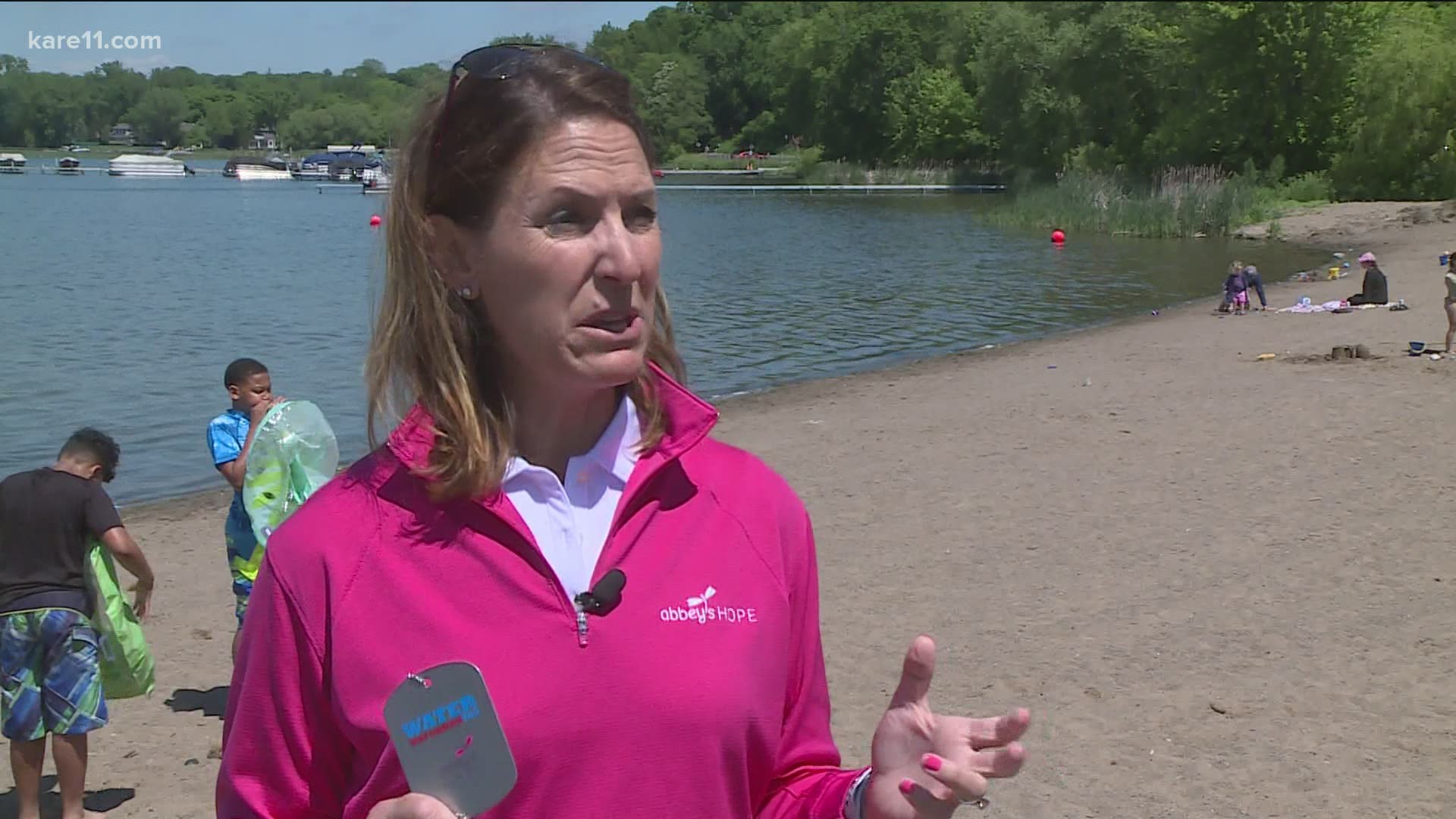 June isn't even over, and yet it has already been a deadly summer for children and adults in both the metro and greater Minnesota.

Safety experts at Hennepin Healthcare revealed last week that as of June 14 there had been at least 25 fatal drownings statewide. At least five of those involved children between the ages of 4 and 12.

“This year, unfortunately, continues to be a deadly year on the water,” said Sheriff David P. Hutchinson. “While Minnesotans are usually good about bringing lifejackets on boats, we really want to encourage swimmers – especially young swimmers – to wear them in while in the water at the beach or in the pool. Floaties or water wings are not good enough. U.S. Coast Guard-approved lifejackets should be part of everyone’s beachgoing gear.”

To help in the effort, Sheriff Hutchinson is joining forces with Abbey's Hope to give away 50 U.S. Coast Guard-approved floatation devices at Lake Nokomis Beach this Saturday starting at 1 p.m. The life jackets will be available in a number of sizes, from preschooler to adult.

“Losing a child is tragic. Losing a child to something preventable is downright devastating,” said Katey Taylor, Founder & President of Abbey's Hope Charitable Foundation, whose daughter Abbey died after an incident in a pool. "Our goal is to prevent tragedies from happening in the first place and we can think of no better way than to wear a properly fitted, Coast Guard-approved life jacket every time you are near, on, or in the water.”

The lifejacket giveaway is part of the Hennepin County Sheriff's Office "Play It Safe" initiative, which aims to use traditional and social media to educate the public and share tips so people of all ages can have a fun and safe summer on the water.

DNR statistics say 49 people fatally drowned in Minnesota in 2020, the most in a decade. The number of fatal boating accidents last year (16) also reached a five-year high.