From skating to skiing, many Minnesotans are getting outside more this winter due to the pandemic. 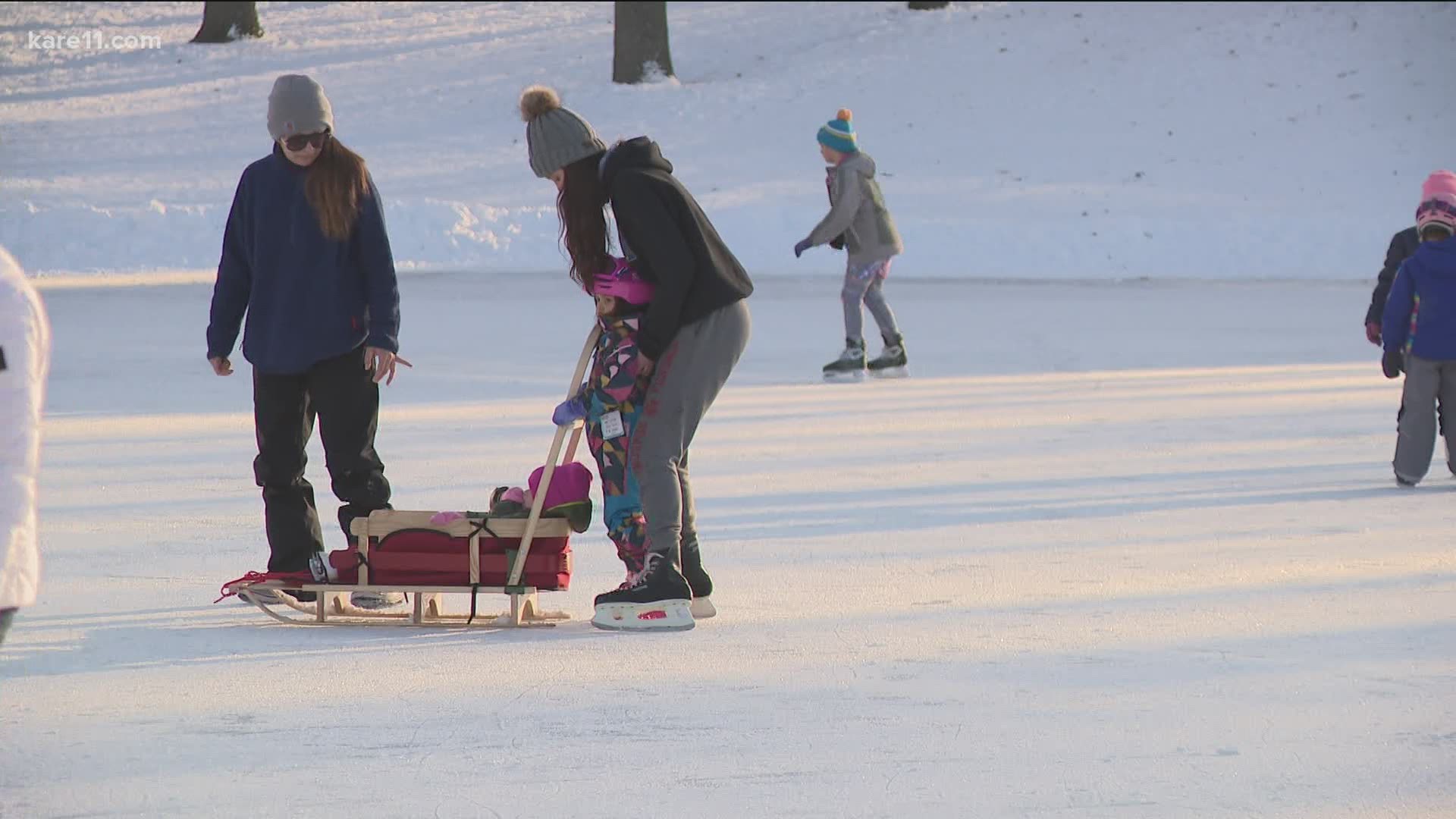 BLOOMINGTON, Minnesota — No matter the weather during the winter, Minnesotans are good at getting outside. But during the pandemic, more people are jumping in on the action.

At Lyndale Farmstead Park in Minneapolis, skaters of all ages enjoyed the ice rink on Sunday afternoon.

"I think a lot of people are taking on figure skating. I know a lot of my friends, who don't skate at all, they wanted to go skating, sledding... they even tried hockey. I see so many people on the lakes now," said Sophie Marcu, 15, from Blaine.

Marcu, a figure skater, has been skating more on lakes with availability at rinks being unpredictable due to COVID-19.

Cailin Hartney, a tenth grader at Washburn High School, opted to join the Nordic team for the first time this winter season.

"I normally play basketball but I figured Nordic would be a better choice this year to be outside and do a sport that I can do the rest of my life," Hartney said.

"I've seen among my peer group and friends and so forth that people go outside much more for walks or hikes or just any type of activity where you can be outside," Brian Hartney said.

Hyland Hills Ski Area is always busy during the holiday break but they're seeing more demand for things like lessons and rentals.

"Where normally we would kind of drop off, Saturday, Sunday nights... they're still busy which is great," Davis said.

While demand has increased for lessons, they have had to dial back due to COVID-19.

"We've been seeing a lot more families out. Total families," Davis said. "Maybe they would normally be out with one child. Well they're out with two now and the whole family gets to come out and ski. That's really exciting."

COVID-19 safety precautions are in place this season. For example, warming up in the chalet is not allowed.

Slightly warmer than average temperatures are expected this week with Davis saying, "When we have beautiful temperatures just like this it's inevitable. People will come out."

Many sporting good stores have also noticed an increase in demand for snow-related gear, not unlike what they saw in the summer when more people were interested in things like kayaks and bikes. Back in October, Midwest Mountaineering told KARE 11 that they started getting calls as early as August from people asking about skis and snowshoes.