Jessica Montenegro built the igloo in her front yard with her two young sons. 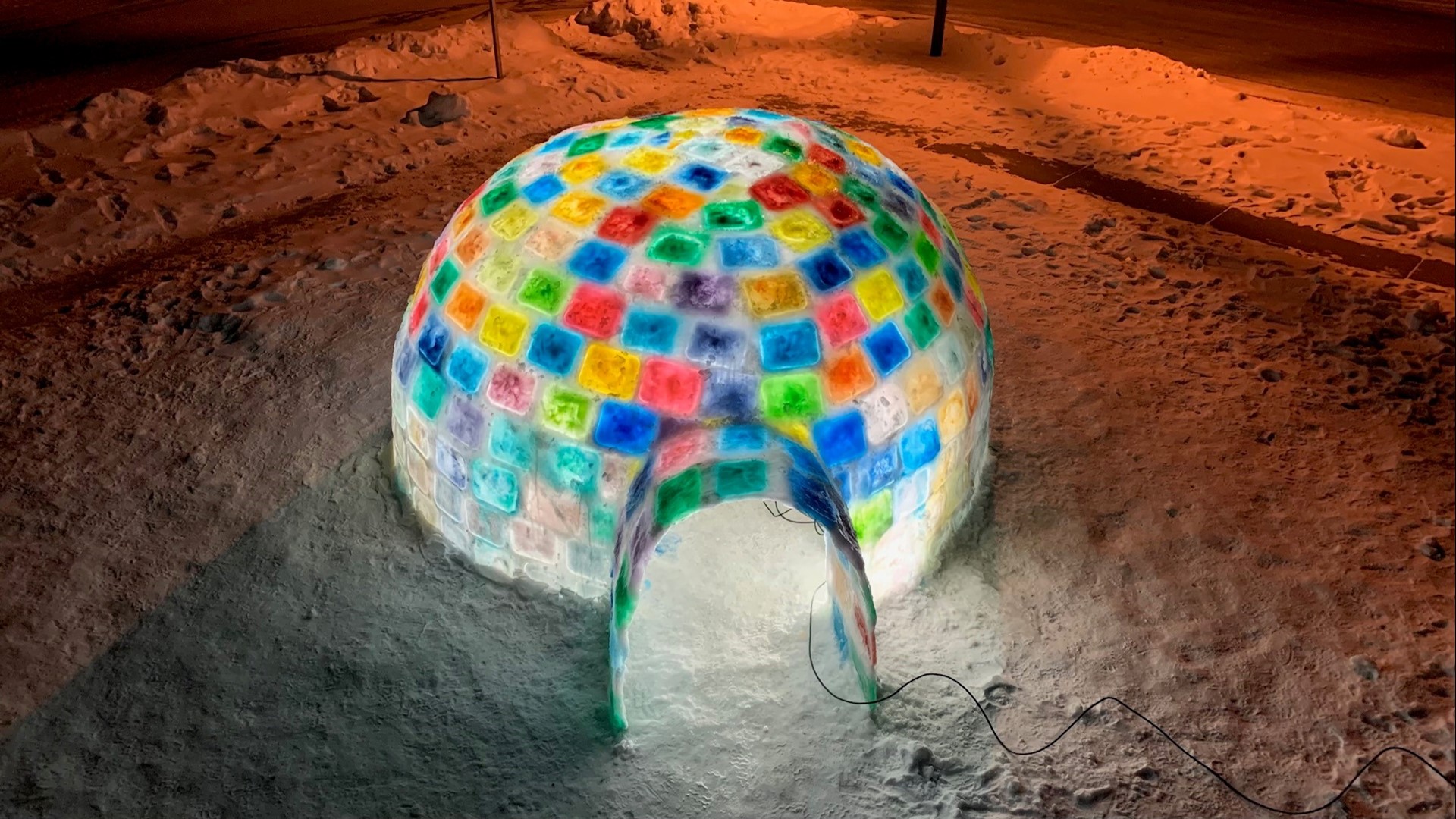 At 10 below zero, Jessica Montenegro makes rainbows from ice.

“We’ve been loving the negative weather,” Jessica says while filling joints with slush inside the brightly colored igloo turning heads in her Lakeville neighborhood.

When the forecast called for an extended cold snap, Jessica let her creative juices flow.

Aluminum cake pans filled with food coloring-infused water line her sidewalk. Within hours, they will produce, in an assortment of colors, more of her building blocks.

Water mixed with snow in a bucket produces the slush that becomes Jessica’s mortar.

She pats it into place with hands clothed in water proof gloves.

In subzero temps, the bond is firm within two minutes, allowing Jessica to remove the garden rake handle she uses, temporarily, to holds ceiling block in place.

Most of the work is now above the reach of Jessica’s 6-year-old and 8-year-old sons, but there are still lessons to be taught in the igloo.

Sounds good to her youngest son.

It’s a promise his mom intends to keep.

“We’re going to have the pizza delivery guy deliver it to the igloo,” she says.

In summer, Jessica is known in her neighborhood for elaborate driveway chalk murals.

But the igloo is something new.

From a few doors away, Dale Arlt has been watching Jessica's igloo take shape.

“It’s awesome; she’s very talented,” he says. “Makes the neighborhood a nice place to be.”

For Jessica, even on the coldest of days, the plusses outweigh the minuses.

RELATED: Explore the 'Winter Wonder' each week on KARE 11 Sunrise