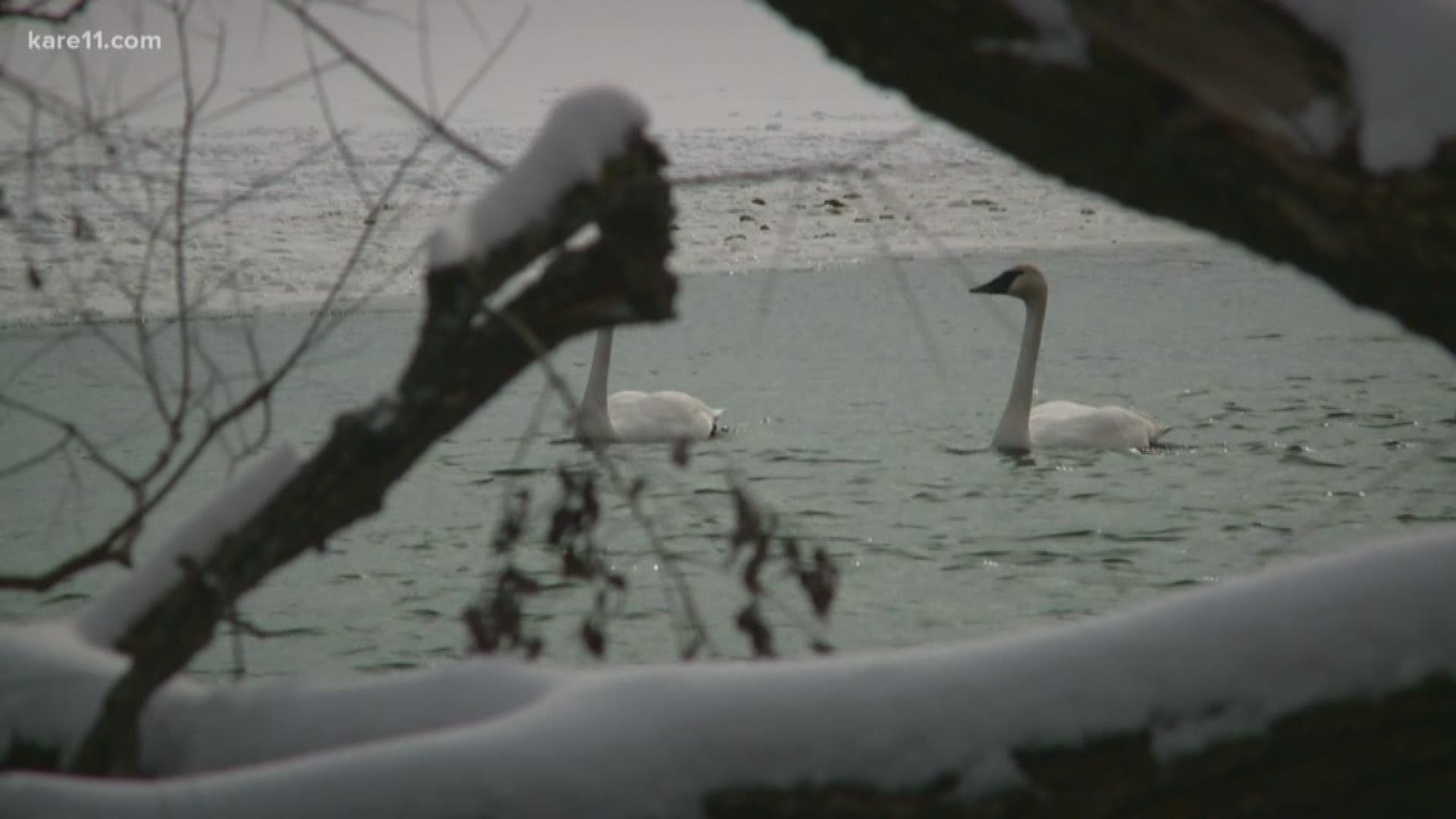 VADNAIS HEIGHTS, Minn. — The peace and quiet at Sucker and Vadnais lakes makes it ideal to catch a glimpse of trumpeter swans.

"That's what attracts the wildlife, lack of boats and lack of houses," said Margaret Seibel, who lives nearby.

Recently she saw something alarming.

"We saw one dead swan out here on Lake Vadnais," said Seibel.

Last week, two dead swans were reported at the lakes.

"This is the area that I come check regularly," said Dawn Tanner with the Vadnais Lake Area Water Management Organization.

She retrieved one of those swans, which is now with the University of Minnesota's Veterinary Diagnostic Laboratory for a necropsy.

Preliminary tests show evidence of a certain metal in the swan.

"They also found signs that are consistent with lead poisoning," said Tanner.

But more testing is needed on that one. Tanner says 11 other swans were found dead last year, four were tested and all came back positive for lead poisoning.

"We believe that they are picking up lead sinkers and that's what's causing the lead poisoning," said Tanner.

The DNR says they have received similar reports on other Minnesota lakes in years past.

Last year, a petition was filed to ban lead fishing tackle and lead ammunition. That petition was rejected by the Minnesota DNR, who said the issue is best left to lawmakers.

"Non-lead sinkers in steel tungsten and tin. the choices are out there," she said.

The Minnesota Pollution Control Agency says they are planning to renew their "Get the Lead Out" campaign this summer. The effort focuses on educating anglers about alternatives to lead fishing tackle.