Salt-free ways to treat slick areas in preparation for snow 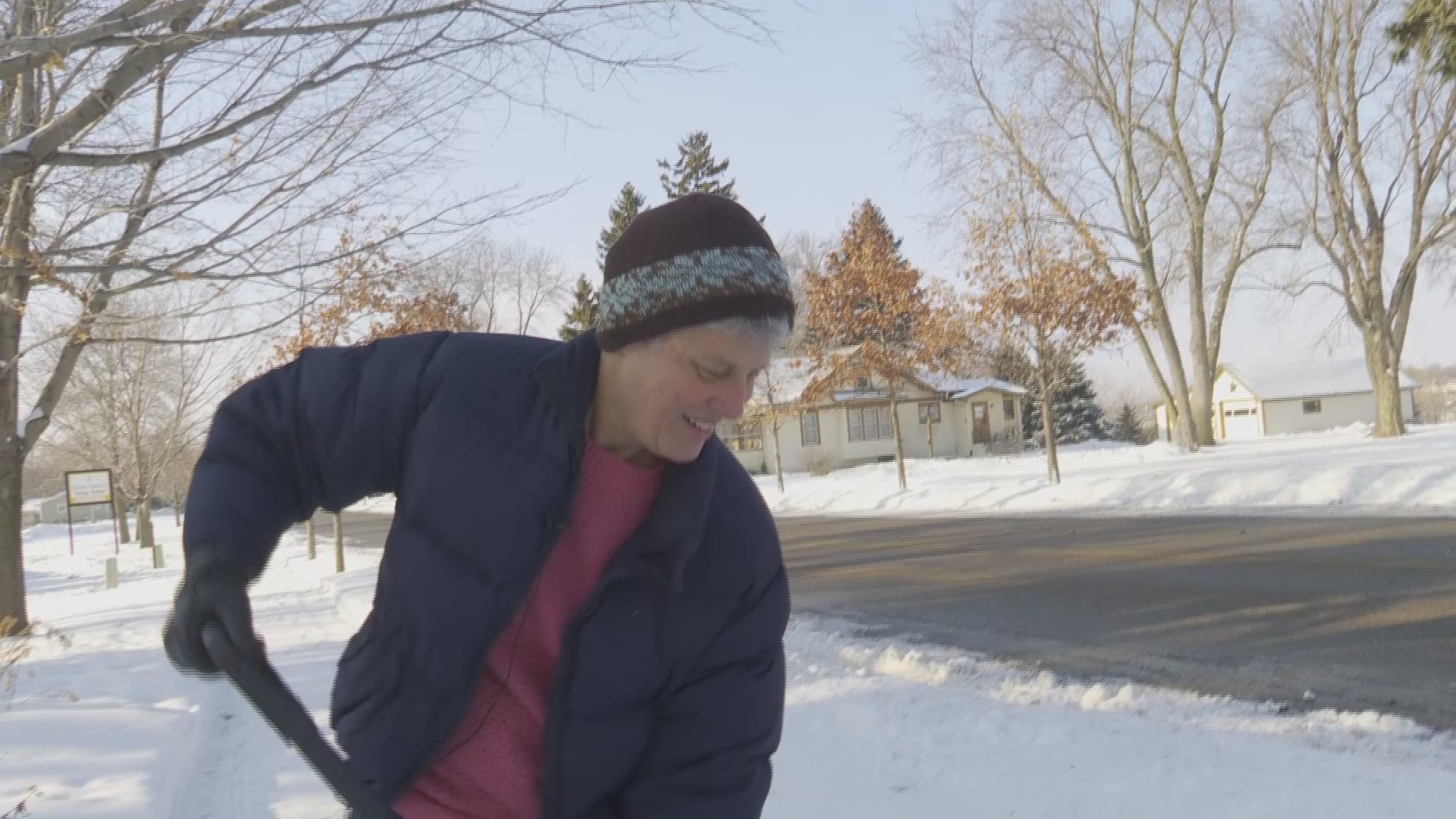 HAMEL, Minnesota — For Connie Fortin, preparing for a winter storm means more than just keeping the pavement around her house clear.

Like so many other eco-friendly Minnesotans, she's weighing all her options when it comes to deicing, and salt isn't one.

"The colder the pavement temperature the deicers work slower and you need a deicer that's not sodium chloride," said Fortin.

She's actually using an alternative to the commonly used granular salt or brine liquid, which is a sodium chloride.

Instead, she's using a magnesium based chloride, which works best when applied to a clear pavement before the snow arrives.

"What this will do is create a microlayer of melting under the snow and ice that we get," said Fortin.

Making it easier to remove the snow and ice from the pavement with a lot less work and salt.

If you ask the Minnesota Pollution Control Agency about the issue with salt deicers, they'll tell you that Minnesotans scatter nearly 445,000 tons of chloride-laden salt every year with 70 percent of that mixing with storm water, ultimately running off into our lakes and rivers which can be toxic to fish and other aquatic life.

"The disadvantage in using a granular product is it doesn't stay put if I put it on my steps and I have the ups person come through it'll probably get kicked onto the road."

Magnesium based vs sodium based: If this is too complex, Fortin says at the end of the day you're better off sticking to the old fashioned way of saving our environment.

""The snowblower, the plow, the shovel, the ice scraper," Fortin said. "That is the best thing to do for our lakes and rivers."