The Minneapolis Park & Recreation Board says they are waiting for the weather to cool down just a bit more before they can open outdoor ice skating rinks. 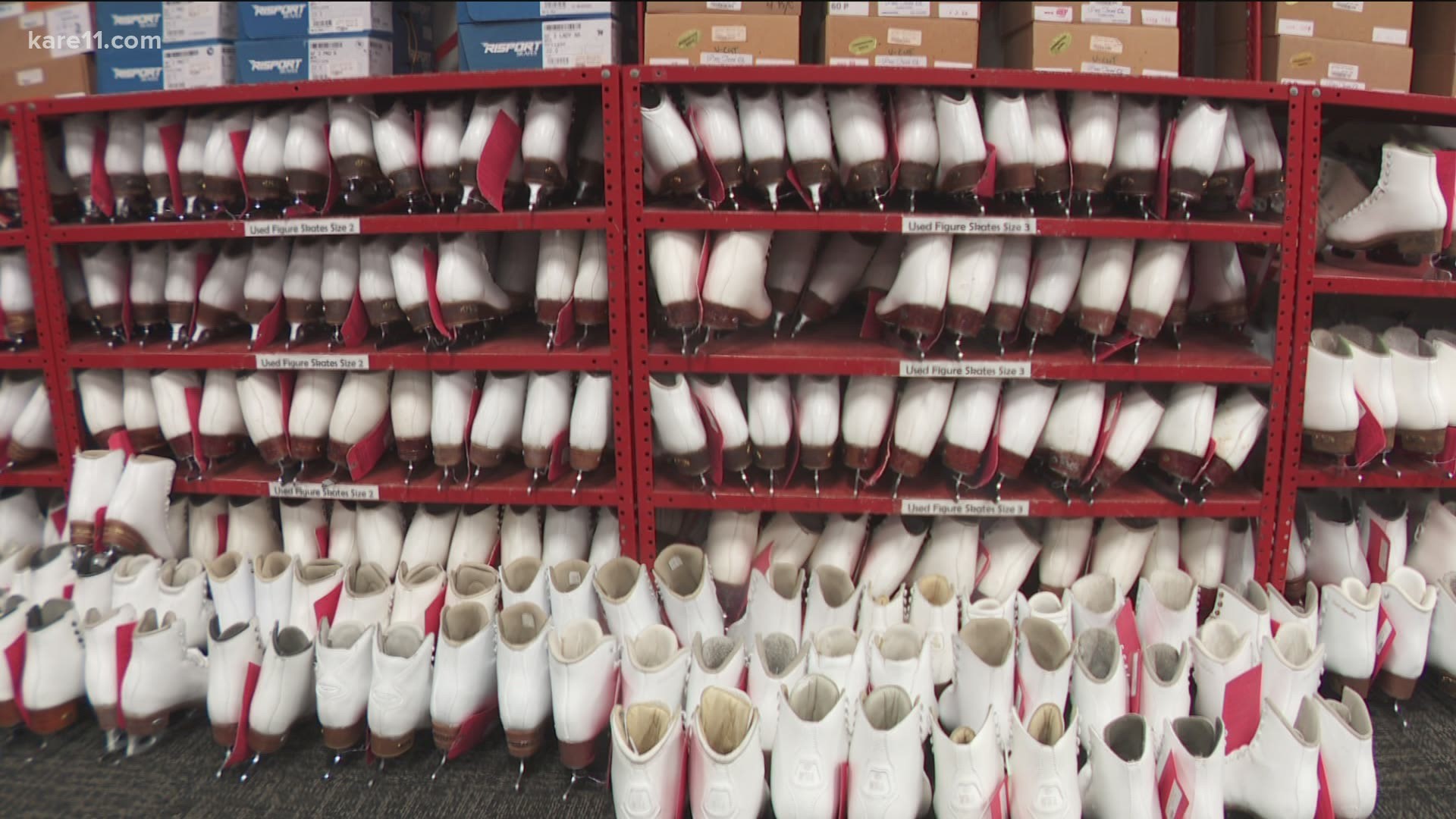 MINNEAPOLIS — By now you've heard that temperatures will be dropping in the next few days. However, not everyone is unhappy about the impending cold.

Folks over at Pierce Skate and Ski in Bloomington are one for example.

"Like a light switch – people have been waiting," Pierce Skate & Ski skate manager Ted Petroskey said. "We've been waiting for it as well."

Petroskey said it's finally nice to see sales pick back up after a rough year. He said they were closed for two months because their store was not deemed essential. However, on Monday, the store was teeming with customers itching to hit the ice.

"We have had more walk-in traffic for skates the last two days than the last prior three weeks combined," he added.

The shelves inside the store seemed to be well-stocked but Petroskey said the season is only just beginning.

"There's plenty of people here and we're at a point now where the vendors are at a point they're having problems keeping up with demand," Petroskey explained. "Given all the indoor rinks are still shut down, at least the outdoor rinks are now moving ahead where people can get out and start moving."

It's like Lake Nokomis tried to prove a point. Monday afternoon, the lake was busy too, with people playing pond hockey or just gliding around on their ice skates. There, mother nature has beat the Minneapolis Park & Recreation Board in freezing her rink.

RELATED: Which winter sports are safest to play during COVID-19?

"We are planning on opening 39 rinks at 19 locations as soon as the weather cooperates fully," Park Board recreation director Larry Umphrey said. He added that many people have expressed excitement about the Park Board's decision to bring something to the outdoor recreation table.

"The feedback has been overwhelmingly positive that we are able to offer outdoor recreational activities," Umphrey said. "We are hopeful that the weather will cooperate, that we'll be able to offer them sooner rather than later."

Umphrey explained that the Park Board is following the department of health and the governor's executive orders closely, meaning that indoor spaces the park provides, like warming houses will work a little differently this year.

"We're not encouraging people to back into warming rooms," he said. "We'll have restrictions and capacity limitations but they really are an opportunity for people to use them if it is too cold. They are able to come in and warm up for a few minutes and then go back outside to skate."

Umphrey said the Park Board also usually does provide loaner skates – and they haven't gotten rid of the idea completely. They are just working on a safe way to make skates accessible to everyone who wants or needs them.

To keep track of which ice rinks are open for the season, the Minneapolis Park & Recreation Board has an Ice Rink Status Map.