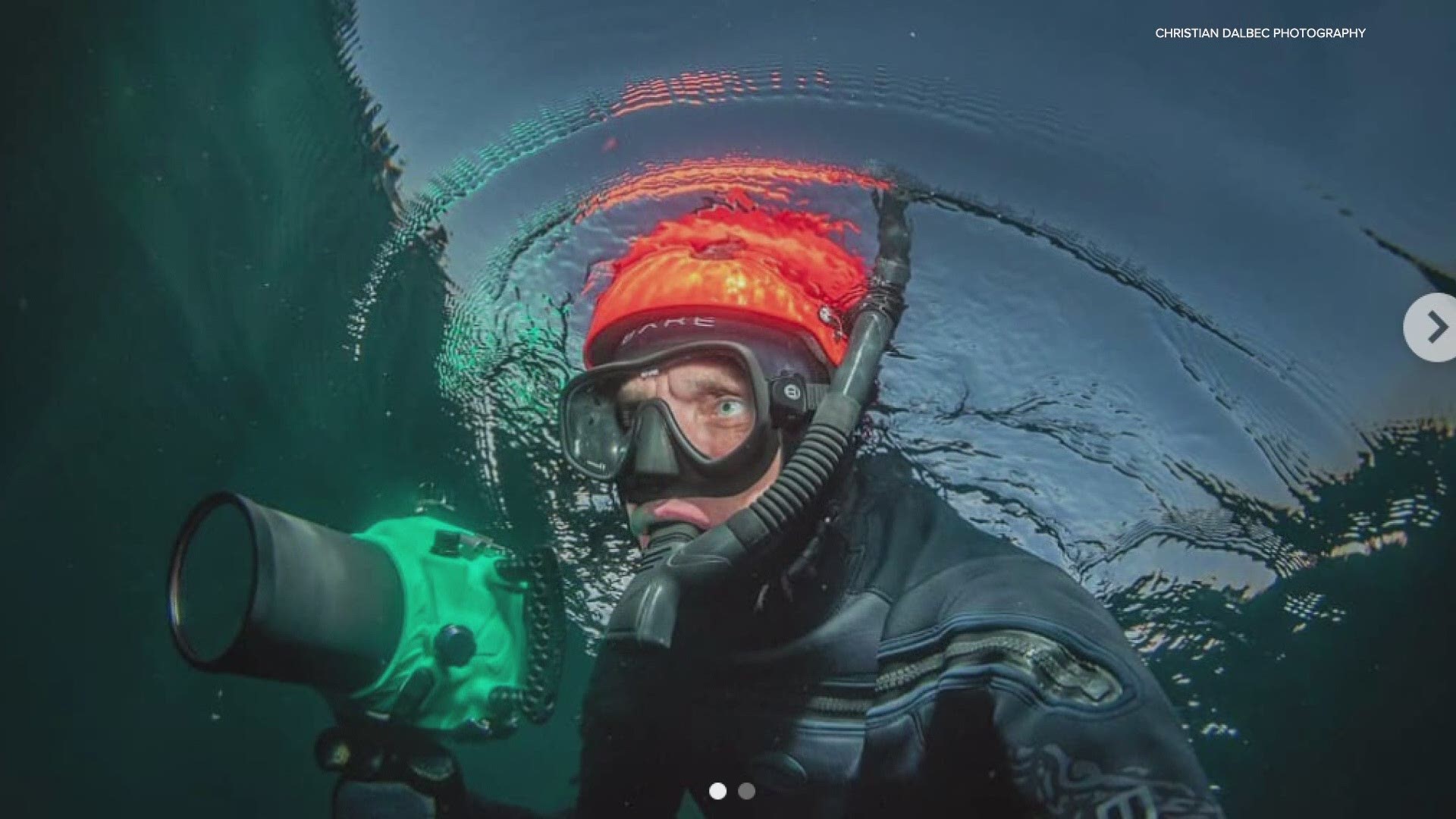 Photographers across Minnesota are grieving the downed Lake Superior "sea stack," which weathered so many storms before falling to a recent blizzard.

Many who captured the stack in its former glory have been sharing their favorite shots of the icon. But northern Minnesota photographer Christian Dalbec went one better.

He ventured out to photograph the sea stack where it is now: underwater.

"The stack has always been one of my favorite destinations," says the Two Harbors-based photographer.

Dalbec heard about the toppling of the stack from his wife, who saw on social media that it had gone down. The next morning, he thought it might be calm enough to get some photos.

"I swam down to it," he said. "The waves were pretty big when I was there. I was lucky to get what I got."

Credit: Christian Dalbec Photography
The roots of the cedar trees that were so prominent on the "sea stack" can be seen in its rubble.

What he got was pretty simple.

It was murky when Dalbec went down there, but he said it cleared just enough for him to get a couple of shots.

"I could see some of the roots of the cedar that was on there," he said. "The rest of it is right down below in the direction that the waves brought it."

The "sea stack" has drawn photographers and visitors for years. Dalbec has been photographing it since 2012 - sometimes in weather similar to last weekend's blizzard.

"The same weather that created it took it down," Dalbec said, referencing something Kurt Mead, a naturalist at Tettegouche State Park, said in an interview with the Star Tribune.

Dalbec said he hopes people won't give up on Tettegouche just because the stack is gone.

"You can't stop Mother Nature from changing the shoreline," he said. "It's just gonna keep eroding. We can look for new things to shoot."