The winter sports industry is pleased to see so much interest, but there have been some tragic and high-profile snowmobile incidents in recent days. 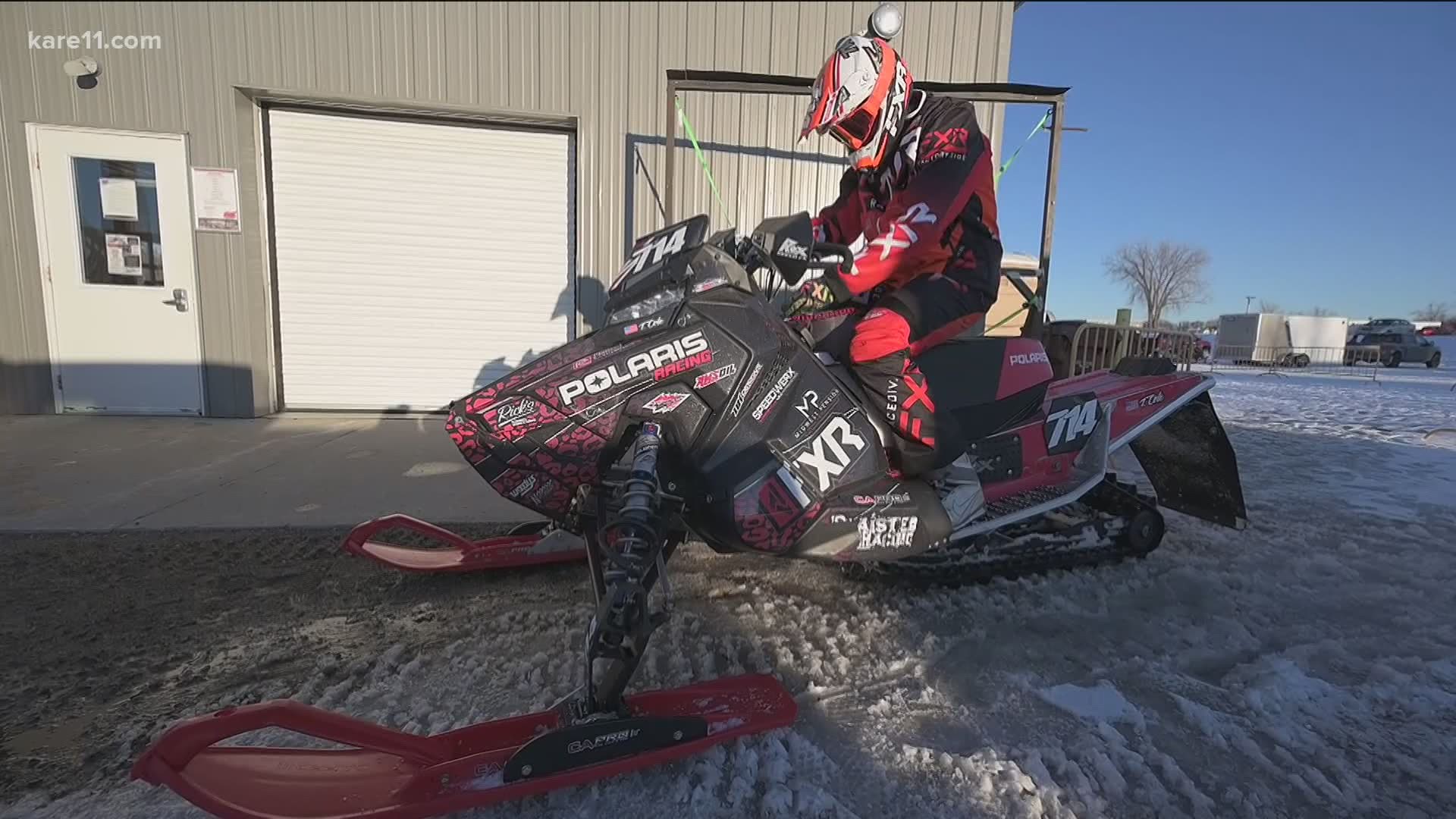 On Wednesday afternoon, some of the top "Snocross" racers in the world practiced jumps in preparation for nationals in a few weeks, as nearby traffic on Highway 169 whizzed through the north metro.

Kyle Pallin, a professional racer from Michigan, said he’s grateful for the opportunity to do what he loves during COVID-19.

“It’s so nice that we can still get out here and have competition,” Pallin said, “and have some sort of normalcy.”

But it’s not just the professionals.

Chris Carlson, the co-owner of ERX, said he’s overjoyed to see the increase in interest – but he knows it comes with complications, too.

“All aspects of the power sports industry are seeing a boom. It’s virtually impossible to find equipment because the dealers are sold out. People are tired of being inside, and they want to get out,” Carlson said. “The weather’s been nice, great snow, and more people are snowmobiling – the unfortunate reality is, there have been a few incidents.”

With warmer weather upon us, and with winter sports surging in popularity, the Minnesota DNR is issuing the following snowmobile safety recommendations to ensure your outdoor fun doesn't land you in the ER. pic.twitter.com/E5F3ZKlYlN

Although the reasons for snowmobile crashes can vary drastically from case-to-case, there have been several high-profile incidents in Minnesota and Wisconsin so far in 2021. Last week, KARE 11 interviewed a Western Wisconsin family that needs help with medical bills after a mom and daughter were injured in a snowmobiling accident. On the night that story aired Friday, the Cass County Sheriff’s Office reported that an 18-year-old died on Gull Lake while snowmobiling; just a few days later, on Monday, the same sheriff’s office had to sadly report the death of a six-year-old snowmobile passenger near Leech Lake.

KARE 11 reached out to the Minnesota Department of Natural Resources for some safety tips about snowmobiling.

At ERX, Chris Carlson said kids should be especially careful.

“We always recommend they ride with adults, and ride in a pack. When I taught my kids how to ride, it was Dad up front, Mom up front, and kids in the middle. So you can stop and talk about the dangers.”

Then there’s the matter of equipment.

Tausha Lange, a 19-year-old professional racer from Minnesota who has been racing since she was four, said you should always wear your helmet no matter where you are – even when you’re in the driveway – and pointed out that professional racers have even more padding.

Even the best of the best like Lange, though, were beginners once too.

So, don’t rush yourself, she says.