Hundreds of athletes planned to compete for their Team USA spot in Minneapolis. 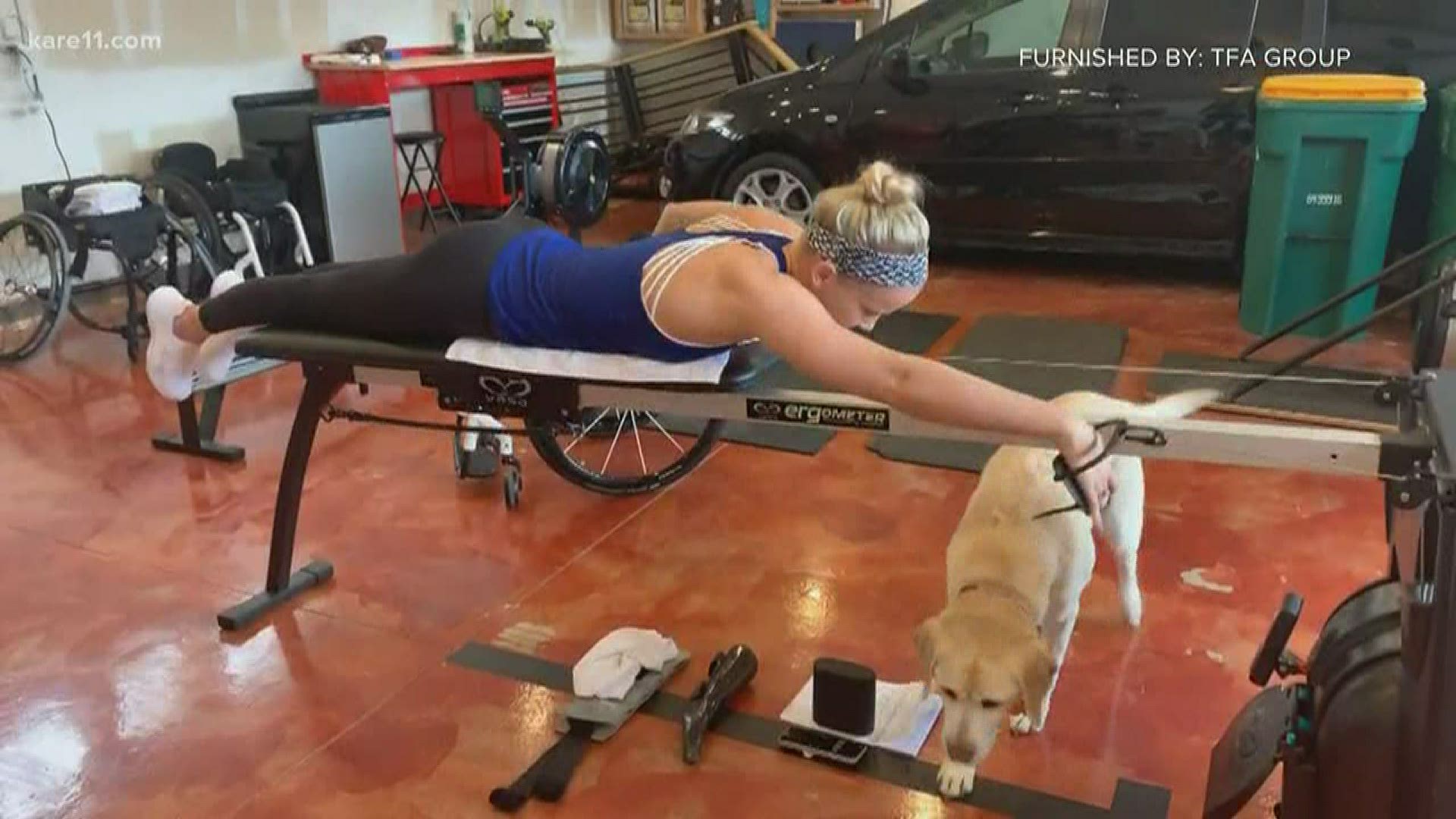 Minneapolis was going to be play a big role in some athletes' Paralympic dreams.

“Everybody in the city was so excited to host us,” said cyclist Clara Brown.

Hundreds of athletes planned to compete for their Team USA spot in Minneapolis. The city was scheduled to host the Paralympic team trials for cycling, swimming, and track and field.

“I personally was incredibly excited about that,” said Mallory Weggemann.

“This was supposed to be the year. This was gonna be Tokyo,” said Aaron Pike. He was born in Hubbard County, Minnesota, and looked forward to competing in front of family.

“It’s been a long time since I’ve had my parents, or a lot of family has never seen me compete on the track,” he said.

He can still train outside. So can Brown.

“Minneapolis, I was really, really looking forward to,” she said.

She was supposed to race on West River Parkway to earn a spot on the U.S. road paracycling team.

“I feel pretty lucky that my sport was one of the least impacted. I’m not a swimmer where I’m relying on a pool to stay open,” she explained.

“As a swimmer, it’s tough,” said Weggemann, who lives in Eagan.

Without a pool, but with help, Weggemann turned her garage into a gym. She even taped a black line to simulate the bottom of the pool.

“It’s kind of my way of swimming without a pool, you know, we’re making the most of it,” she said.

“Fortunately as a Paralympic athlete it is part of what we have to do,” she said.

The pandemic caused Mallory to change more than just her training.

“My husband and I really wanted to start a family after Tokyo,” said Weggemann.

They postponed that plan too.

“While it’s a year, that enormity felt so heavy in that moment, just knowing that yet again, it’s going to get pushed off and we’re going to continue to make that sacrifice for my career,” she said.

The timeline might be uncertain, but the plan remains the same.

“Tokyo is still the ultimate goal, and now is not the time to let up,” said Weggemann.

The qualification process for the 2021 games will begin with guidelines from the International Paralympic Committee.

“The U.S. Olympic & Paralympic Committee will reschedule the Trials once updated qualification information is available. We are hopeful the event can remain in the Twin Cities, as the Minneapolis community has provided wonderful partnerships and embraced our athletes to host a world-class event,” Julie Dussliere, USOPC Chief of Paralympic sport, told KARE 11.