Father John Ubel thought his collection would bring in $25,000. He surpassed that with one card. 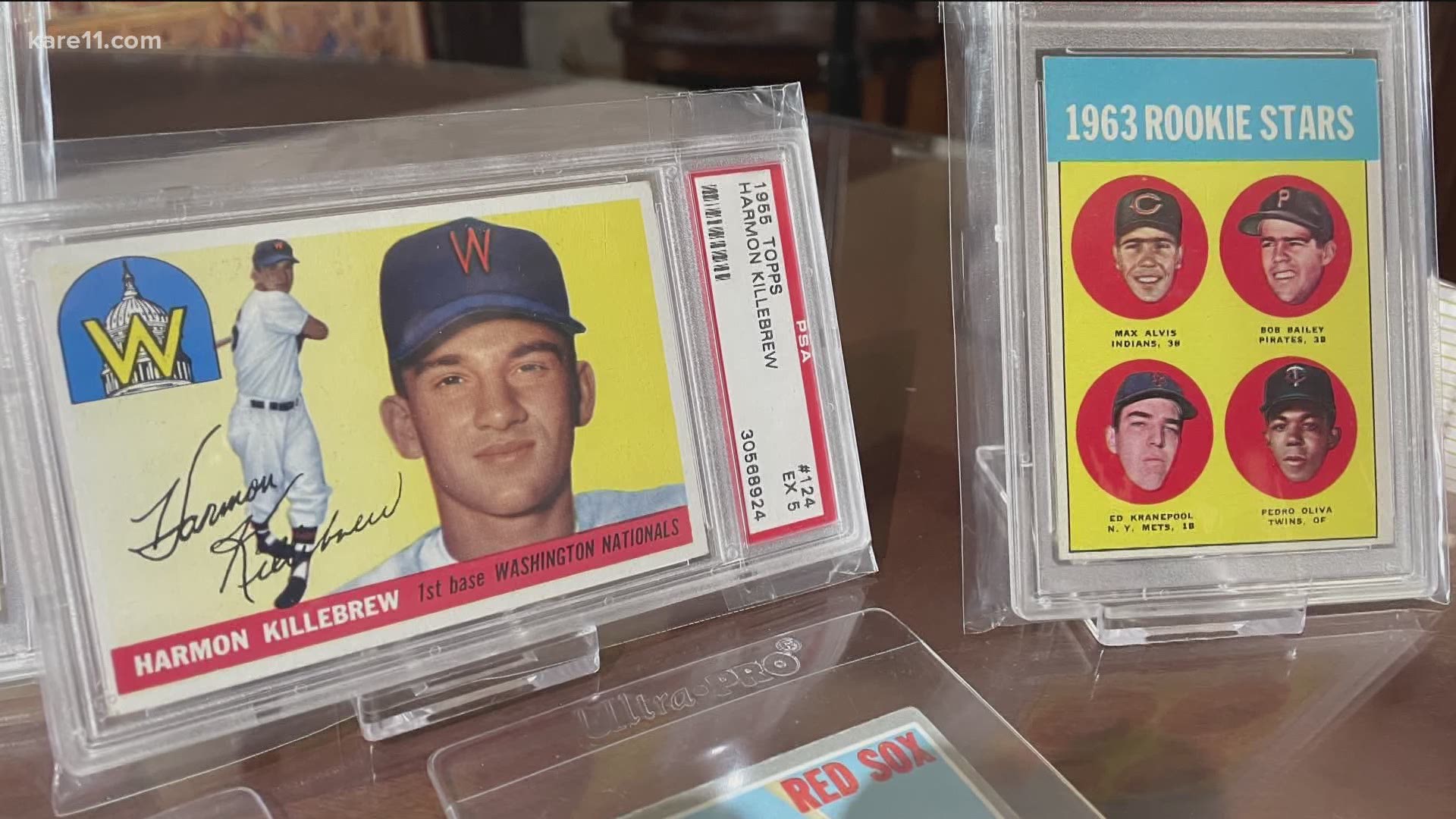 ST PAUL, Minn. — Even a man of faith can be tested on a Sunday.

"I'm trying to stay focused on my day job and that's been hard," said Father John Ubel, rector of the Cathedral of St. Paul in St. Paul.

Throughout the weekend, Father Ubel had been trying not to obsess over the various pieces of his childhood that he had put up for auction online, all in the name of charity.

Names like Jackie Robinson, Hank Aaron, Nolan Ryan and Mickey Mantle were just some of the names generating bids in the thousands of dollars, but he was thinking about the memories that a price tag would never capture.

"It's not the money. In fact, the cards that I'm most attached to are far from the most valuable," Father Ubel said. "You could name the player and the year and I could tell you the images on the front, and that's what's so amazing about it. They're just seared into your memory."

Growing up in St. Paul in the '70s, Father Ubel and his two brothers loved collecting cards, but never thought of them as valuable.

"They eventually were stored in a Girl Scout Cookie Box with rubber bands," he said. "I kept it for a long time, but on a couple of occasions I almost threw it out. Now, I'm glad I didn't."

In adulthood, he began to realize the value that names like Nolan Ryan and Mickey Mantle commanded, so about 10 years ago he added Hank Aaron and Jackie Robinson rookie cards to his collection for roughly $400 and $550, respectively.

"Going over $500 made me very, very nervous as a priest," Father Ubel said. "To be spending that kind of money on a baseball card, but I am sure glad I did."

Father Ubel hadn't thought much about that purchase in the last few years, but revisited his collection following the death of Hank Aaron in January.

"I decided to look up the Hank Aaron card and couldn't believe how much it was worth," he said. "I had not been paying attention at all to the explosion in the vintage card market since 2019-2020."

"And that's when I began to have the thought, it's time to do something with these that could benefit others," he said.

"Honestly, I laughed," said Jean Houghton, Director of the foundation. "I'm like, what are we going to do?"

Houghton wasn't sure how much interest baseball cards would generate, so they reached out to an auction house, and they were both stunned with what they learned. The cards were all likely worth even more than even Father Ubel imagined. The Jackie Robinson card, alone, was valued at $20,000.

"To be honest, I got a little emotional," Houghton said. "When we looked at the value of the cards. I was pretty stunned. I looked at it as, this is a lot more kids we're going to be able to help. This is incredible."

And it gets better. News of the auction inspired others to donate their cards and memorabilia. One of Father Ubel's brother's even made a one-of-a-kind rookie card, featuring a photo of the priest in his youth baseball photo. The card, autographed by Father Ubel, quickly fetched a $1,000 bid.

"That's great!" he said. "I'm sure my mother is probably the one who is bidding on it."

She was far from the only one. The auction, which featured about 70 cards, generated more than $100,000 before the final bids were placed for the two most prized cards.

The Hank Aaron card reached $7,000 and the Jackie Robinson rookie has topped $31,000 with time still remaining. The auction for those two cards close at 10:10pm.

"It's just never felt so good to give something away," Father Ubell said. "I can't even tell you how happy this has made me."