Princeton's Tyler Wells is only a freshman but he already has a state title and gold medal. 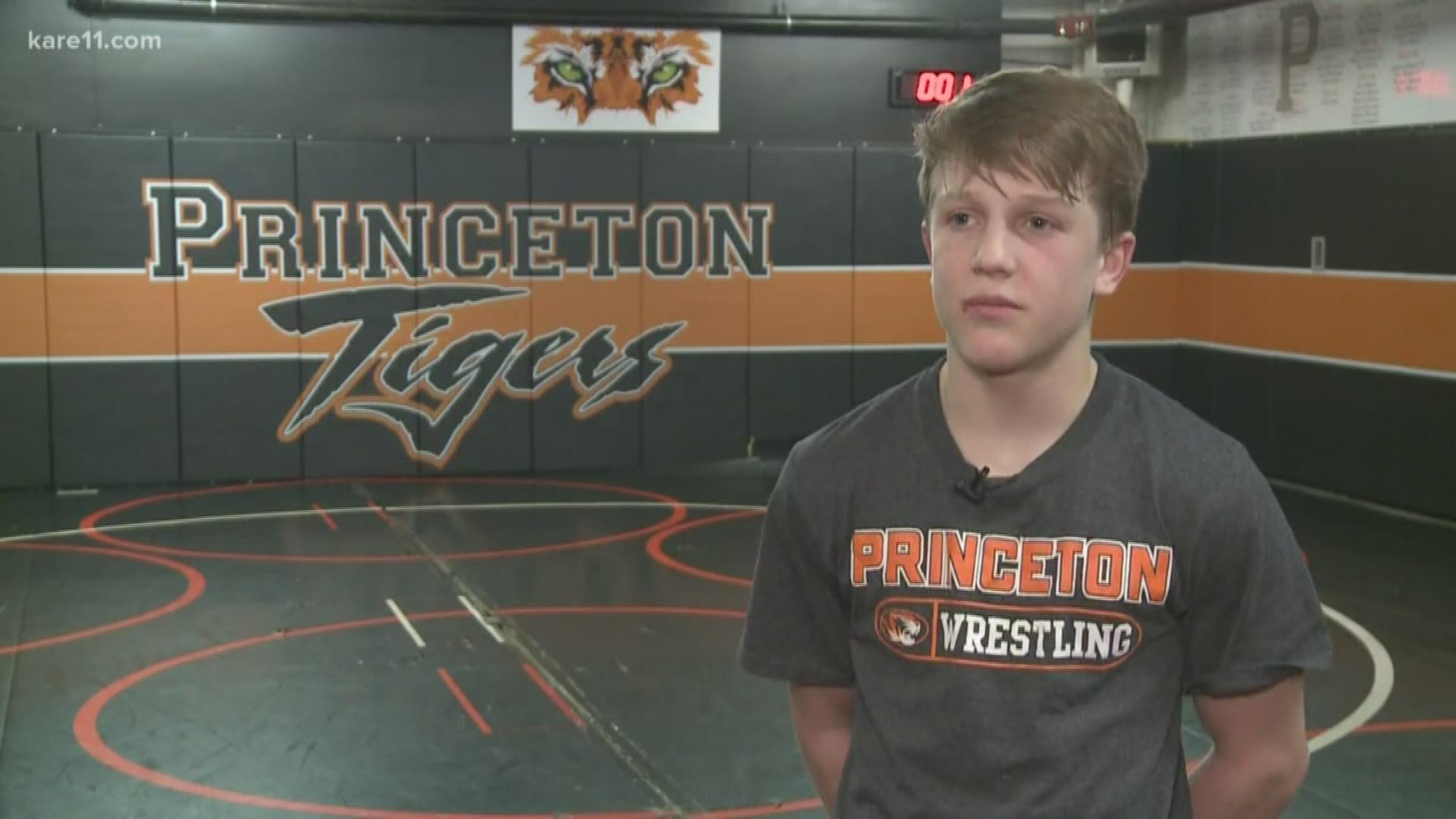 Tyler Wells is in a hurry.

In the state title bout, the pride of Princeton High school scored a takedown one second into the match. He earned the 106AA championship.

The victory at state wasn’t the freshman’s first title either. Wells already claimed a gold medal at the U-15 world championships in Hungary over the summer.

That’s a lot of hardware and Wells is just getting started.

If you have an idea for an interesting prep feature please send an email to prepfeature@kare11.com.

RELATED: Farmington gets ready for first trip to state