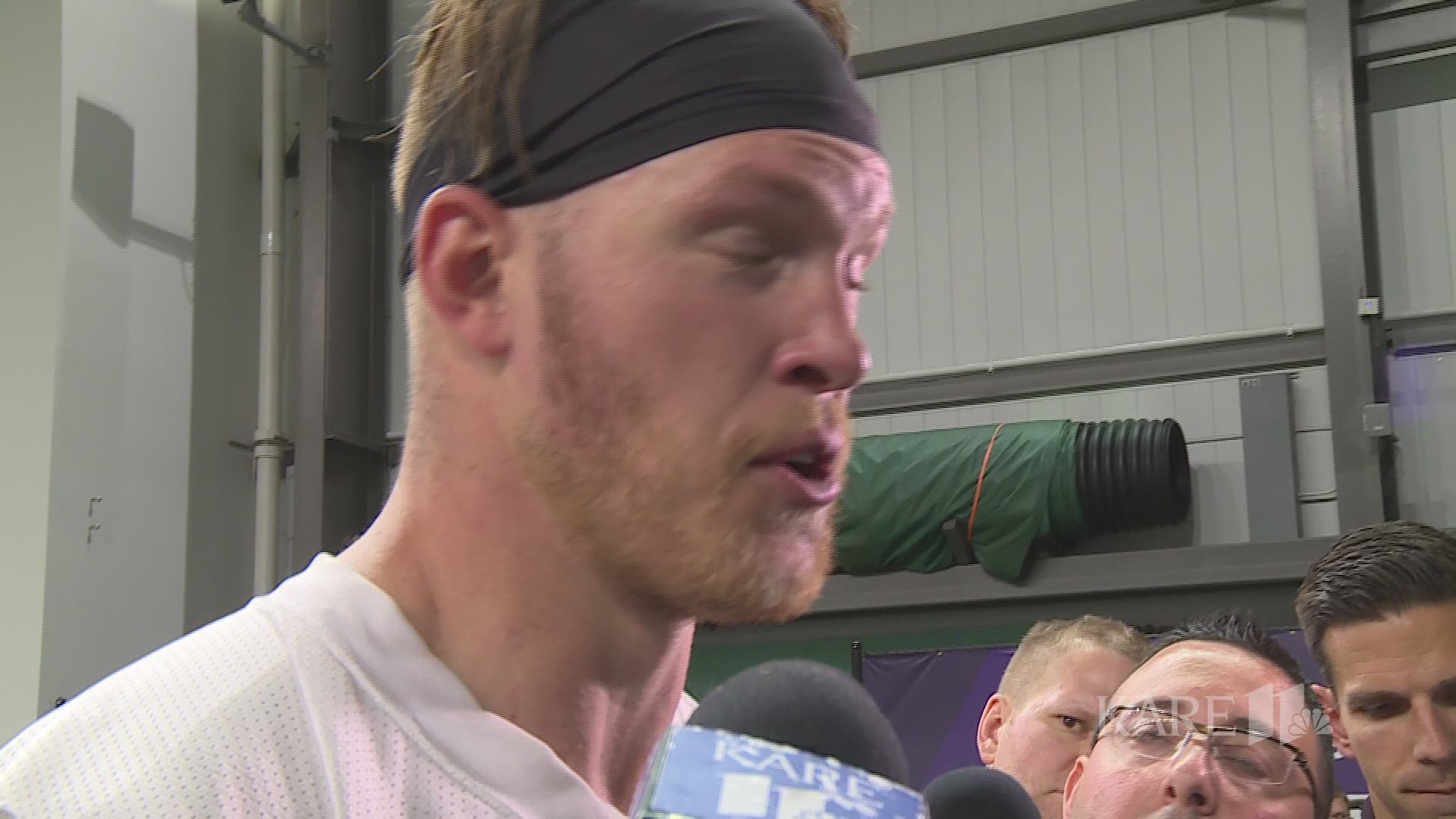 EAGAN, Minn. — The Minnesota Vikings held their second Organized Team Activity practice on Wednesday and tight end Kyle Rudolph was on the field.

There has been plenty of speculation on the 29-year-old veteran’s future with the team after the Vikings selected Alabama tight end Irv Smith Jr. in the second round of the NFL Draft.  Rudolph is in the final year of his contract and carries a cap hit of $7.625 million for the 2019 season. Rudolph spoke to the media after practice and is confident that a new deal will get done.