Schwartz on Sports: There should be no suing in Football 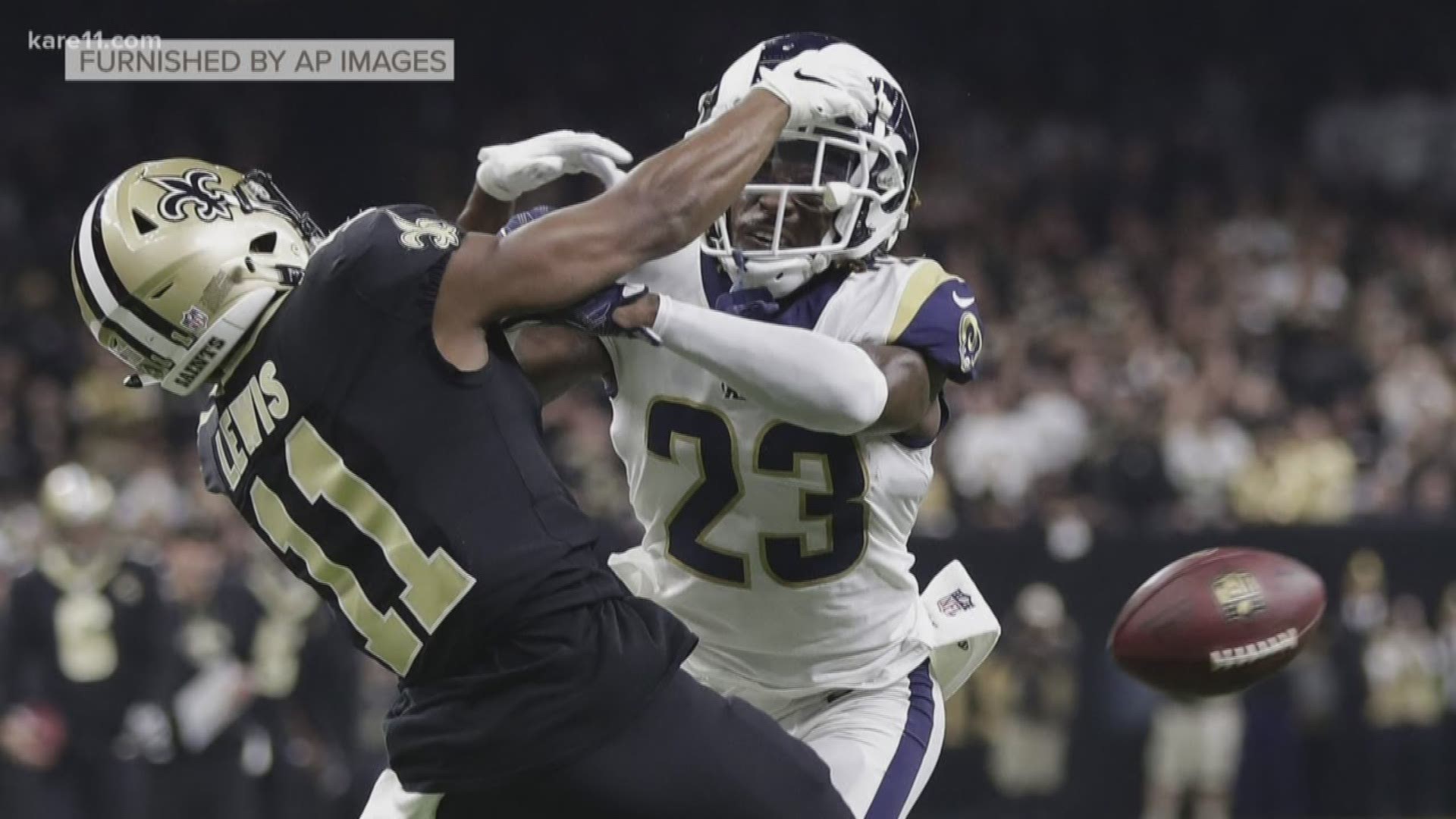 Friday the Vikings head to New Orleans. A city whose name alone brings up bad memories here in Minnesota. And yes it's possible some have never gotten over 2009...But at least we've moved on.

Last year in the NFC title game the referees missed a blatant pass interference call that would have given the New Orleans saints a chance at a game winning Touchdown and spot in the Super Bowl which instead went to the LA Rams. It's a rough way to end. But what would we know about that here in Minnesota?

This week one Saints Super fan and lawyer continued in his efforts to make the NFL and Roger Goodell answer for what happened. He's suing the league for $75,000 dollars --which he says he'll donate to charity -- to prove it was some big evil plot that involved LA area refs and the league conspiracy against the Saints.

Monday a local Judge denied The NFL's request to toss it out.

The league is arguing that this isn't about the missed call but rather what rights do ticketed customers have for a fair and pleasing outcome and what is actionable in a court of law.

The answer to me...is nothing.

My mother once told me that there is no guarantee on the back of your birth certificate that says life is fair. There is also no guarantee of fairness on the ticket which gets you into a sports arena. It gives you access to the seats, the bathroom and the right to pay ridiculous money for a beer. That's it.

And can we all just remember. That this is a game. Sure, Roger Goodell could have issued some unprecedented replaying of the final moments. But that's not any more fair to the Rams then it is to the Saints...And -- there is no guarantee that the call would have changed the future outcome...of a football game.

I know you're upset New Orleans, and you have a right to be...But to tie this up in courts is just plain ridiculous. Courts are already overcrowded. Why add poor officiated football games to the docket?

Take it from us in Minnesota. Our beloved Vikings got hosed in your same building. But no one sued. They just quietly held their anger to themselves until the end of time. Why? Because it's football.

Whatever hope you have of taking down the NFL over this -- isn't gonna happen. But at least you've been to and won a Super Bowl in the last decade..