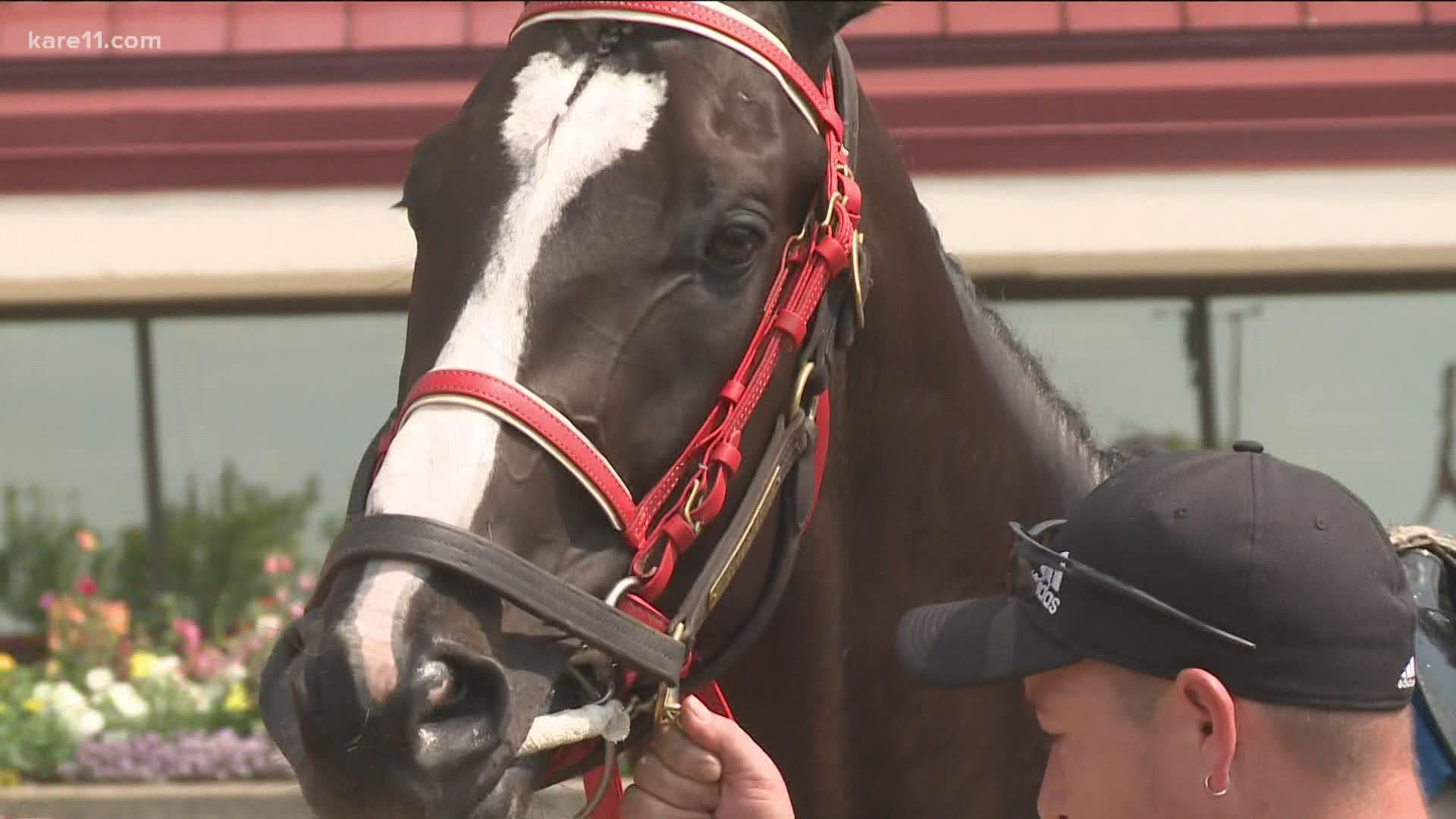 SAVAGE, Minn. — It wasn't the start they hoped for with a horse bred by racing royalty.

In Sota King's first race, he finished in 5th place. There's still optimism and plenty of excitement around this Minnesota horse.

He is owned by Suzanne and Paul Hanifl.

Following in his father's... hoofsteps.

Sota King (bred by Triple Crown winner American Pharoah) made his racing debut today at @CanterburyPark . After a slow start and a solid finish, he came in 5th place @kare11 #kare11sports pic.twitter.com/pu86wi0aHY