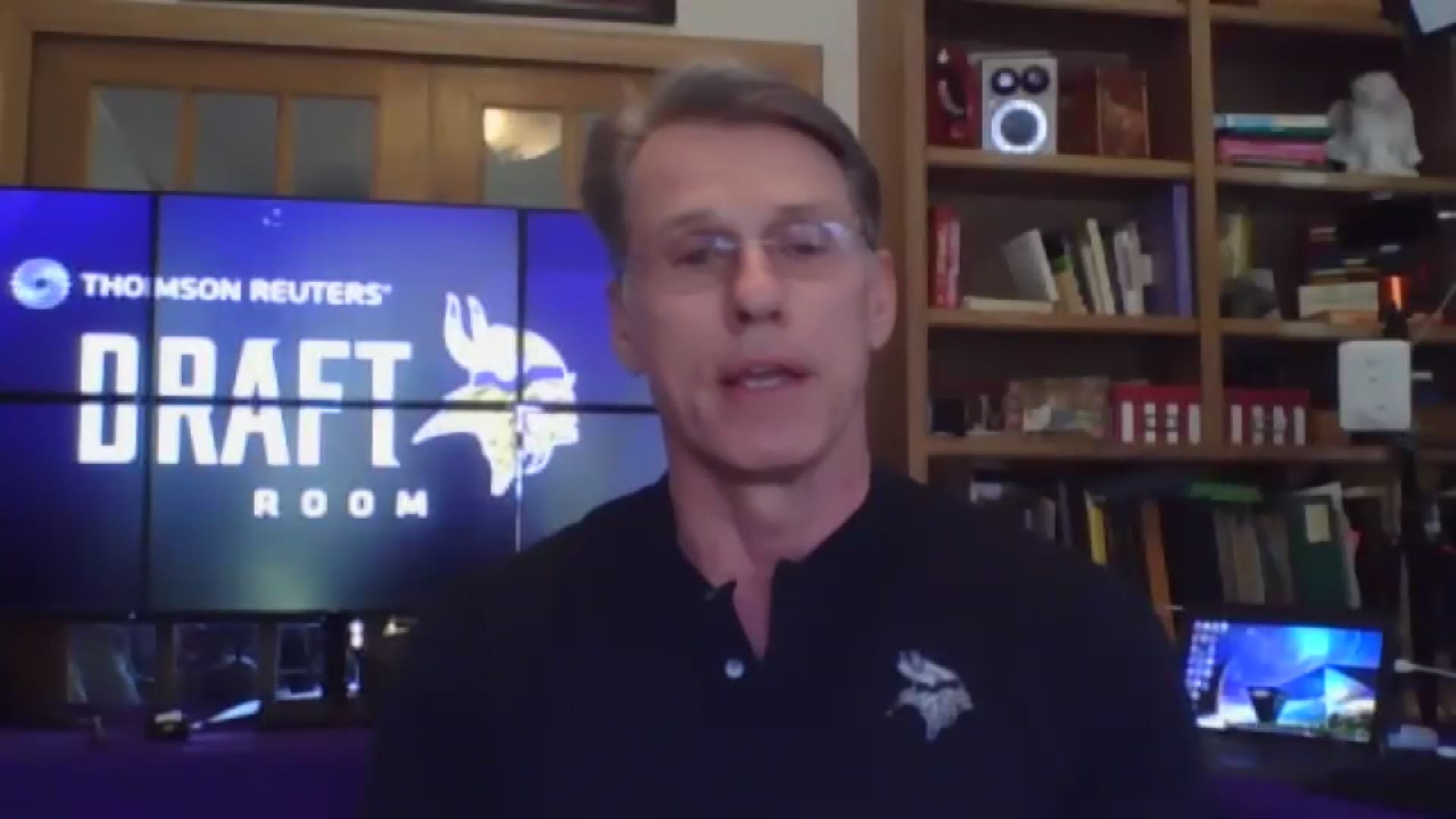 On trade talks with other teams:

"I think you're going to start seeing trades locked in earlier. I think you'll see teams starting to get a little nervous of technical glitches while they're on the clock."

"I've had teams call me to try and trade up already. I've also had teams in front of us try to call and trade back. I think it all depends on how the draft unfolds on Thursday. If we stay at (pick 22) and we have seven or eight names still up there to move back and gain another pick and still get the same quality of player ... a lot of that manipulation of the draft board depends on how it unfolds and who you have up there."

On the wide receivers in this year's draft:

"With the depth of this class and how we came out of our meetings where the coaches felt very strongly about players, even into the fourth and fifth rounds, there are some receivers there we think we can nab ... we have needs in a lot of spots and what I can tell you we're gonna do is this, we're going to stay true to our draft board as we've always done and just draft the best player."

On the Stefon Diggs trade:

"We had no intention of trading Diggs at the Combine, he was a great player for us and he was great in the community but then a business opportunity came up as this evolved that we felt was both good for Stefon and good for us."