Senior guard Harper Schaber and junior guard Noah Disbrow have spent time on the bench while their varsity team is in COVID-19 quarantine. 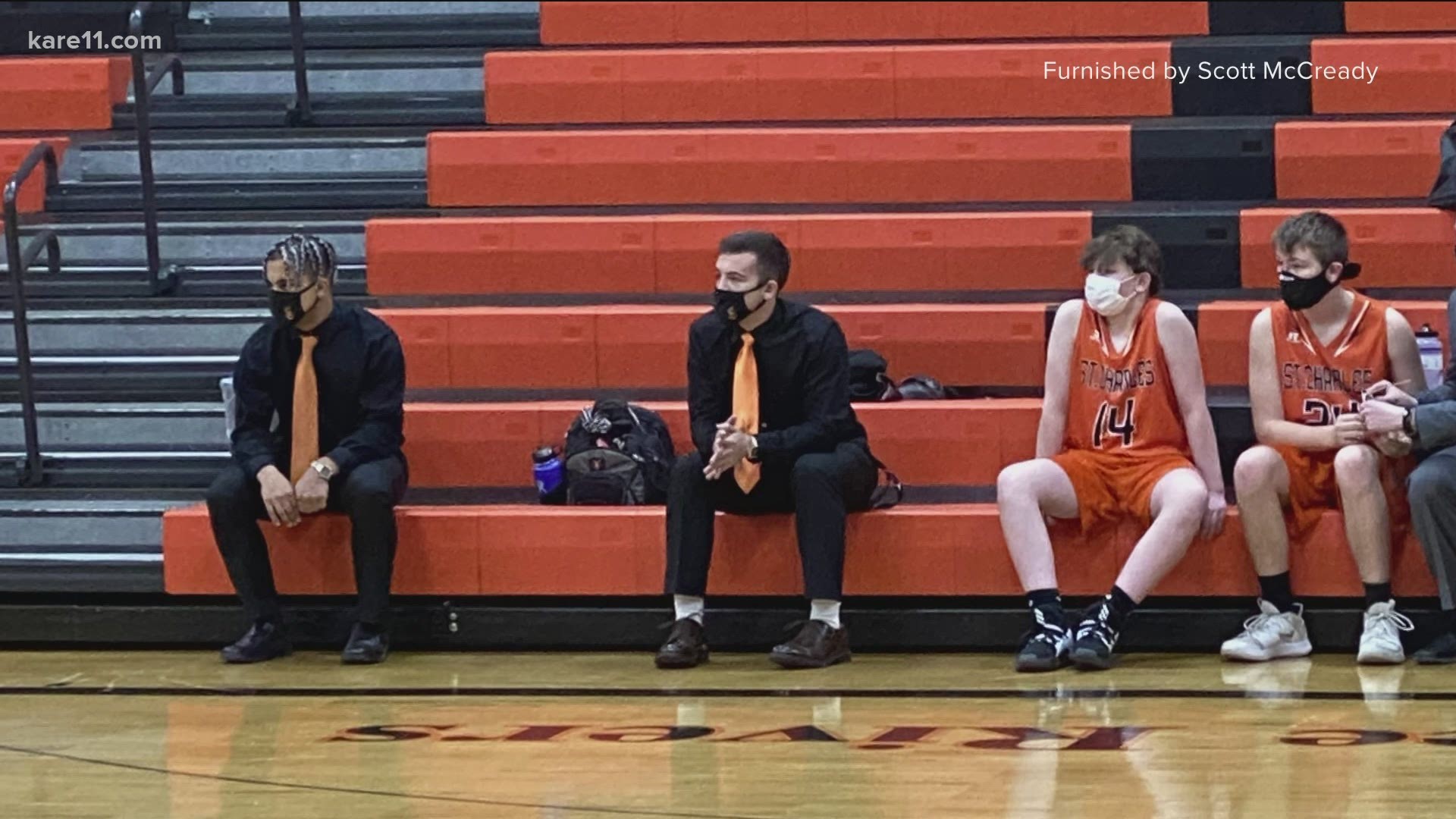 GOLDEN VALLEY, Minnesota — A picture is worth a thousand words or in the Twitterverse, especially when it gets nearly 20,000 likes!

So our coaches and most of the varsity are on quarantine. The players who were not required to quarantine offered to coach the 9th grade team so those kids could keep playing. Tonight they showed up like this for their first game. I think we’re in pretty good hands. pic.twitter.com/jAUQ6yyTra

St. Charles varsity basketball players Noah Disbrow and Harper Schaber have been player-coaches for the Saints freshman team during a 14-day COVID-19 quarantine for their varsity team and coaches.

"We looked the part and coached the part. I thought we were confident and we knew what we were doing," said Disbrow, who is a junior guard for the Saints.

"We have a lot of good kids here and they are two of them that wanted to keep things going. They knew that they couldn't play but did the next best thing possible," McCready said.

Schaber coached in his first game with both the JV and freshman teams on Jan. 21, while Disbrow joined him on Jan. 29 to help with the freshman team.

The duo went old school in their new roles.

"I've had many different coaches over many different years and saw how they handled situations. I watched film and we worked on things during the week to see what we could do better," said Schaber, who is a senior guard for the Saints.

Disbrow added, "We ran practices the same as we do for varsity, with the same shooting drills. It was pretty normal."

Both players have learned a little bit more about the game and themselves from their time on the bench.

"I thought it was really cool to see a different view of the game, instead of always being caught up in the playing and stuff," Disbrow said.

"These younger kids look up to me as a leader. They won't forget it – I won't forget it. It's something that I see myself doing in the future," Schaber said.

Schaber and Disbrow coached the freshman team to a 52-47 overtime win in their final game on Tuesday night at rival Lewiston-Altura. The varsity players and their teammates will return to the court on Saturday night when they host Plainview-Elgin-Milville.