The St Thomas Academy senior may be the fastest high school hockey player in the state of Minnesota. 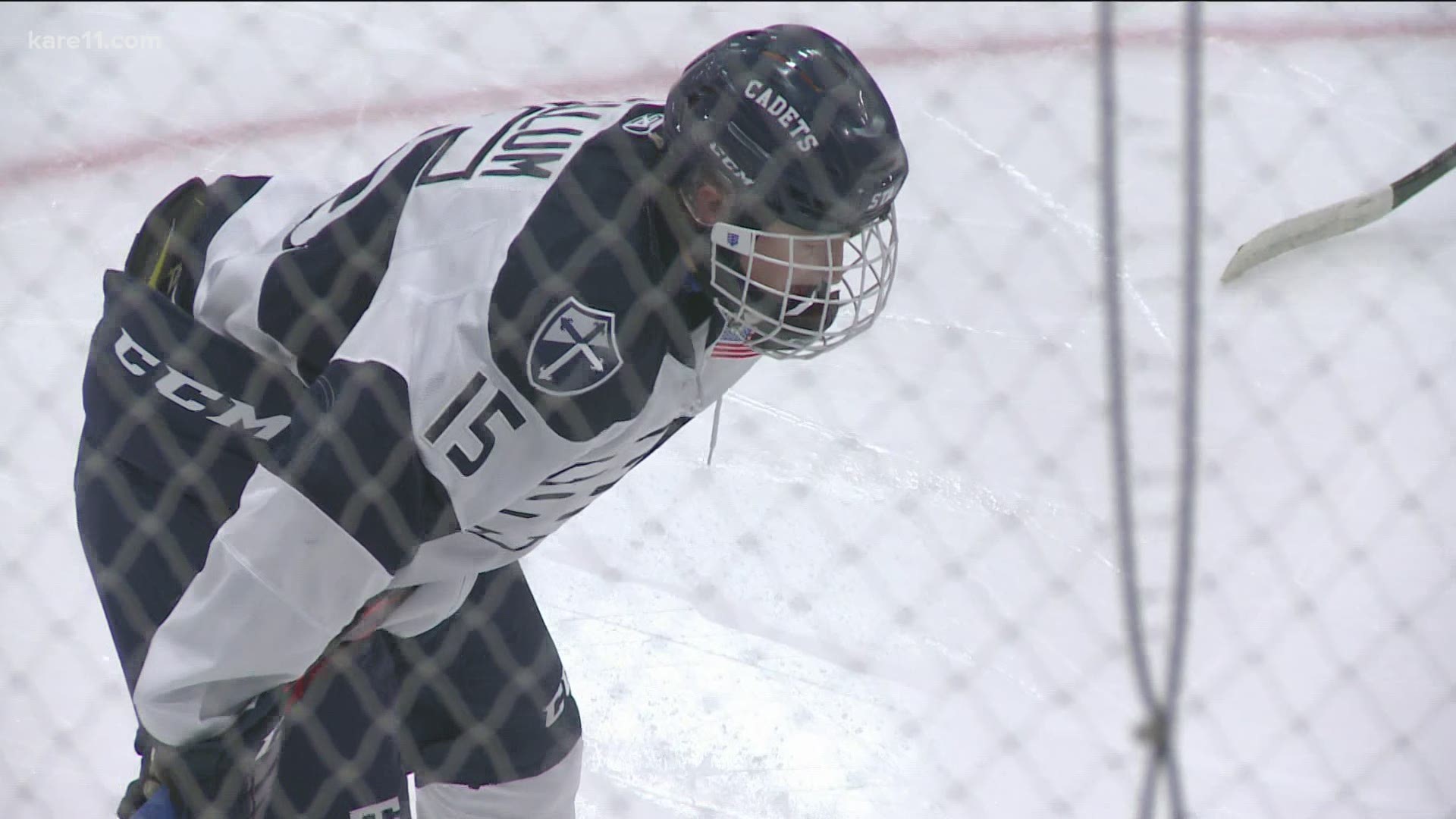 MENDOTA HEIGHTS, Minn. — It doesn’t seem like Jackson Hallum is in a hurry. That's even as he makes opponents look like they're going in slow motion on the ice.

The St. Thomas Academy senior may be the fastest high school hockey player in the state of Minnesota.

His speed was a strong attribute and the Vegas Golden Knights decided to select Hallum in the third round of the NHL Draft.

"He's been fast since he dropped out of the womb."@HallumJhallum18 makes his opponents look like they're going in slo-motion. The @GoldenKnights picked the
speedster in the 3rd round but he has big plans for this season with @Cadets_hockey .

It’s an unusual circumstance due to the pandemic. The NHL was forced to push the draft back from June to October which made Hallum eligible to be selected and also still available to compete in his senior season.

The Cadets are currently 5-0 on the year.

The Las Vegas draftee and Michigan commit certainly has a bright future and Hallum is enjoying the ride at a ludicrous speed.