If approved by the NCAA, the Tommies could join the league in fall 2021. 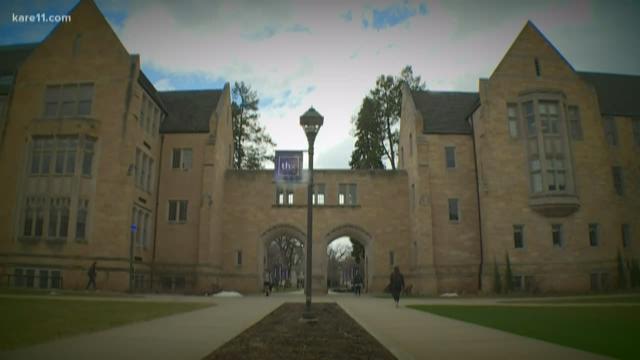 The University of St. Thomas may be making the jump to Division I athletics competition.

In a letter to students, St. Thomas president Julie H. Sullivan announced the school has received an invitation to join the Summit League.

In May, the Minnesota Intercollegiate Athletic Conference (MIAC) announced the University of St. Thomas would be removed from its membership beginning in spring of 2021, citing athletic competitive parity of the school in the conference.

St. Thomas was a founding member of the MIAC, helping to launch the conference in 1920.

According to an FAQ on the school's website, "the Summit League officially extended the invitation to St. Thomas late Thursday, following their review of an application submitted by St. Thomas. The decision to apply to the Summit League and to request a waiver to the National Collegiate Athletic Association (NCAA) was decided by the University of St. Thomas Board of Trustees."

"Joining the Summit League would be a unique and exciting opportunity for St. Thomas, allowing us to significantly expand our impact and reach," Sullivan wrote in her letter announcing the invitation.

If the move is approved by the NCAA, St. Thomas would spend two final years in the MIAC before joining the Summit League in fall 2021.

"Regardless of the outcome, I want to assure you that our core university mission and convictions will continue to guide us through the transition process. I extend our deepest thanks to the entire Tommie Athletics Department and our athletics advisory committee members for their work completed to date and the work to come on our ongoing journey," Sullivan wrote.