Stewartville's Will Tschetter stands out on and off the court

The 6-foot, 8-inch senior forward is heading to Michigan on a basketball scholarship this fall. 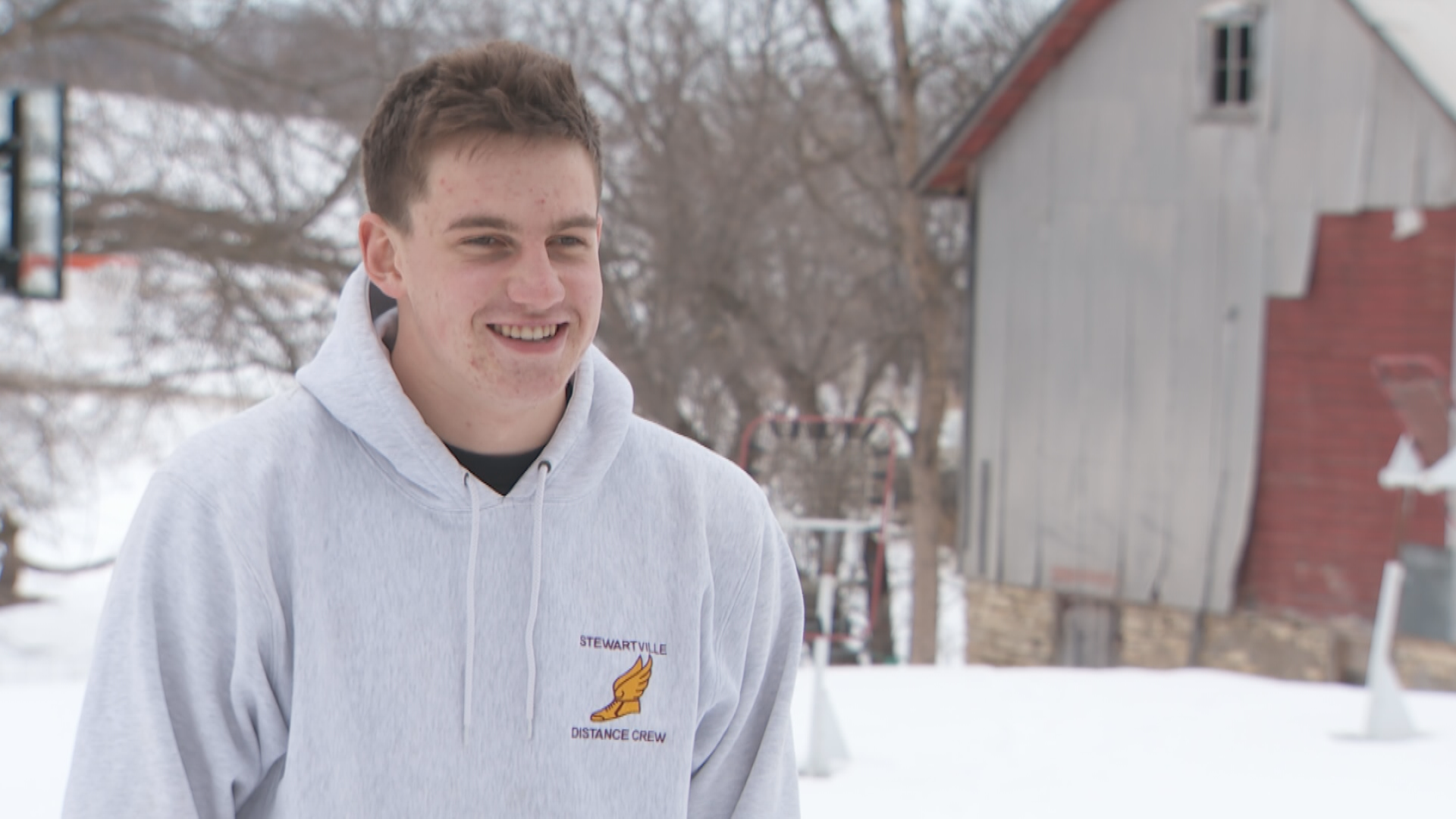 GOLDEN VALLEY, Minnesota — Will Tschetter is at home on his family's hobby farm in Stewartville.

"I think it's super cool, you're not sitting inside doing video games. You get to be outside to be around animals," said Tschetter.

When he's not outside, you'll find him inside the gym.

That's where the 6-foot-8 Stewartville senior is excelling.

"If you were to sculpt a high school basketball player in the lab, he would be the player that you would make," said Stewartville boys basketball coach Adam Girtman.

Stewartville is currently ranked fourth in Class 2A with a 10-2 record.

Tschetter's basketball journey began while his family lived overseas when he was a youngster.

"We lived in China when he was in fourth and fifth grade and he kind of started there," said Kasey Morlock, Will's mom. She added that they had a little hoop to shoot around and she would rebound for her oldest son.

Tschetter fell in love with basketball when he moved back to Stewartville in sixth grade and his parents put in an outdoor basketball court.

Last season, as a junior, he led the state of Minnesota in scoring. This season, he's averaging over 32 points per game along with 12 rebounds per game.

"What's crazy about him is that he can flip his switch really easy. During warmups he can be messing around, but once the game starts, he is straight basketball," said Stewartville senior guard Nolan Stier.

"He's one of the hardest workers that I've seen in any sport in our high school career. It's just really cool to see him rewarded for that," said Stewartville senior basketball manager Nick Vetsch.

"(Michigan coach Juwan Howard) gave me a call earlier in the day right as we were about to go out and pick rock in one of our fields, and I just said, 'Hey, coach, can I just hit you back later? I have something to do real quick. We have to pick rock for my grandpa,'" Tschetter said. "I just called him later that night and we had a conversation about farm work and everything that we do around here." 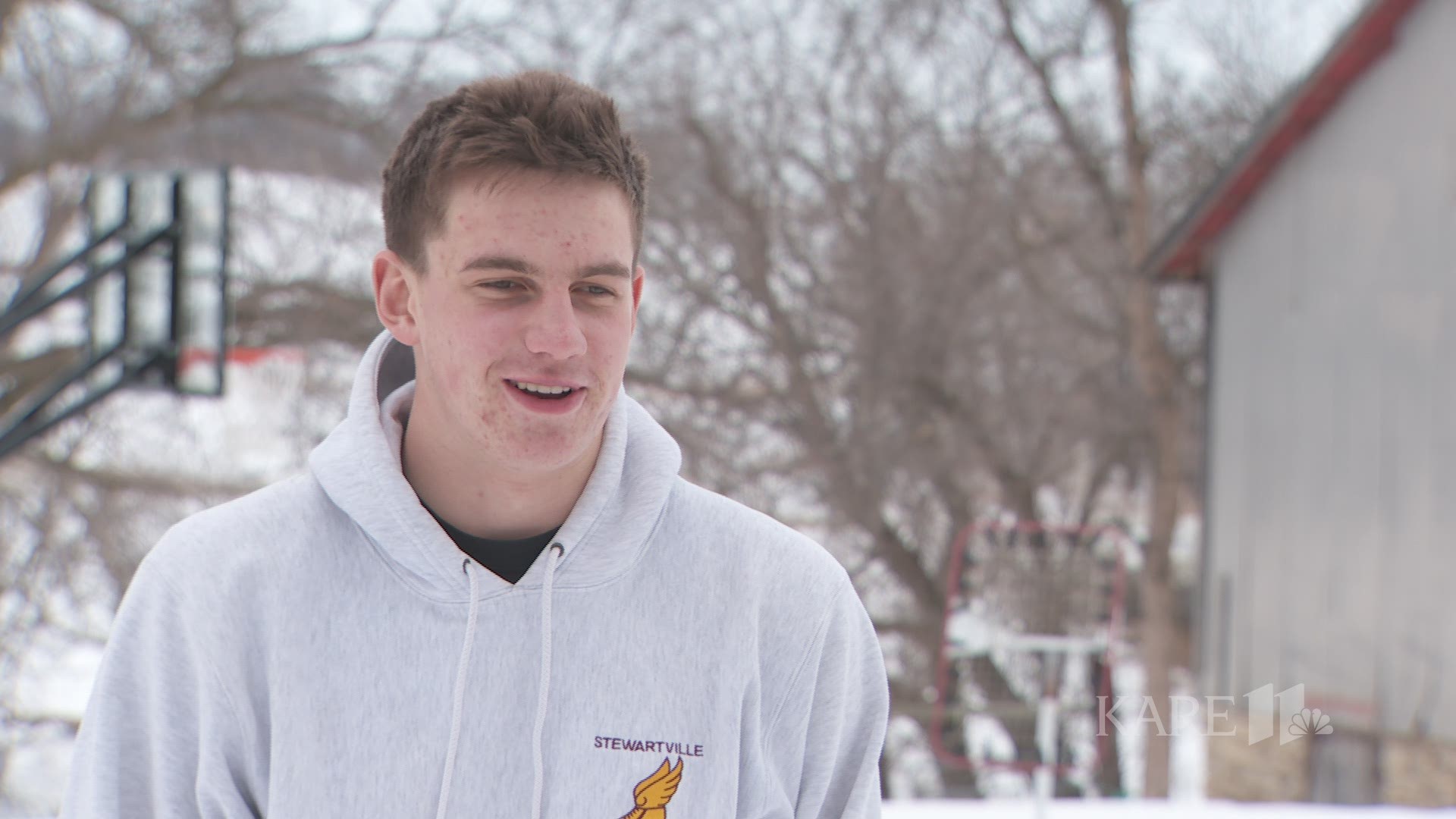 Even with all of that hard work and dedication, Tschetter still finds time to pursue another favorite pastime on the farm.

"We live next to a pretty decent fishery and just grew up disappearing down the river bank. Walking up and down the river, being gone for an afternoon, and coming back and telling stories of these fish that he's caught," said Garth Tschetter, Will's dad.

"It's actually very convenient with the river behind the house. You can put the fishing pole against the barn and hang it up as soon as you're done playing basketball and then you can just go fishing," said Will.

Will's passion for hoops will next be played out in Ann Arbor, but you can bet he's not forgetting about his roots.

"I'm definitely grateful for everything this area has given me," Will said.